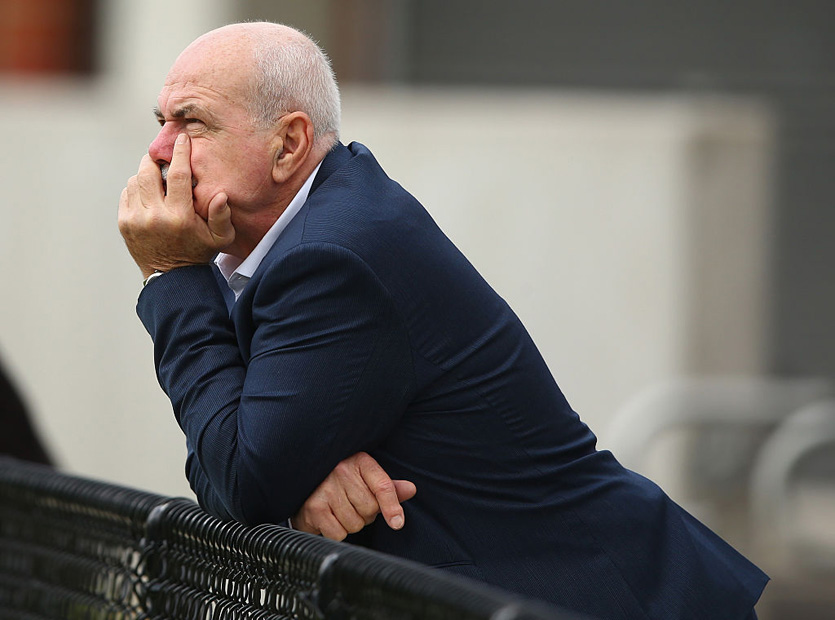 AFL great Leigh Matthews believes there is no point persisting with two teams in Queensland.

Matthews, widely regarded as the game’s best player, coached Brisbane to three consecutive premierships and is currently the deputy chairman at the Lions.

He was sceptical when Gold Coast joined the league in 2011 and reiterated his view on Monday night that there is not enough demand to warrant two sides in south-east Queensland.

“I thought that from the very beginning,” Matthews told the Seven Network.

“Nothing will change that. The Suns might win premierships, that’s not the issue.

“I don’t think there is a demand for two teams in this part of the world.”

The Suns and Lions have struggled in recent years, both on and off the field.

Recent crowds have been modest at the Gabba and Carrara.

The Suns have crashed after a bright start to the season, while fellow expansion side Greater Western Sydney is on track to achieve their maiden finals berth.

The Lions have enjoyed one win this year, over Gold Coast.

Matthews doubted whether the league would seriously look at changing the status quo.

“The people who made that decision are still running the AFL,” he said.

“While those people are running the AFL, I don’t think anytime soon will there not be two teams in southeast Queensland.”

In a forthright interview on SEN radio, he said: “With great respect to Leigh, there’s not a lot of common sense in it.

“We see Brisbane as a completely different city to the Gold Coast and I think 600,000 Gold Coasters would support that statement.”