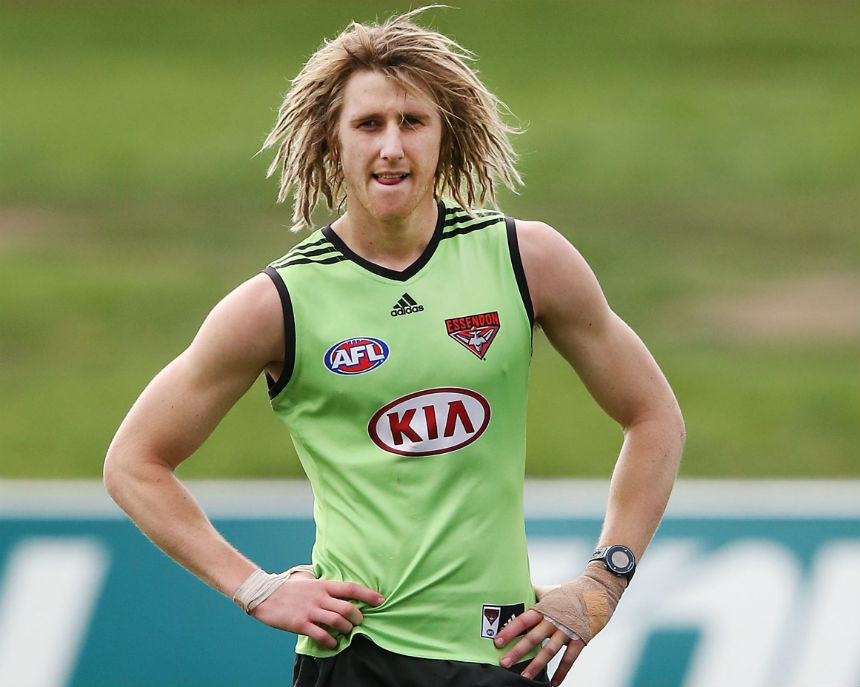 The re-signing of Cale Hooker is really important for Essendon.

Losing him would have put them back even further than where they are now.

There’s one thing you have to do at a football club when things aren’t going well – you’ve got to sell hope.

That’s what the Bombers have done and if they could get Michael Hurley and Dyson Heppell to return too, it’ll be terrific.

There’s been some talk of Heppell staying but pursuing legal action.

But the idea of players still at the club suing Essendon over the supplements saga and what has played out is unthinkable… maybe it’s all a threat.

If you’re suing the club, you can never play there again.

That’s regardless of who is right and who is wrong. You just can’t do it.

I don’t think it’ll get to that, though. I think the cases will be settled and there won’t be a need for legal action.

Wiser heads will prevail and solutions will be worked out.

As for tonight, well, I can’t wait.

It’s great to see North Melbourne back on the Friday night stage.

It takes me back to the 1990s, when we played a lot of games then, and there was no better feeling than winning on a Friday night.

As a coach, winning on a Friday gave me the weekend to plan, have a look at our next opposition and perhaps have a nice, quiet social dinner with my wife or close friends.

The players loved it too.

They had to be in for their recovery on a Saturday morning but then had the whole weekend off until they were at the club at 9am on a Monday.

I love the way that North – and the Bulldogs – are playing.

North need to do a bit of work with their defence, but are firing in attack.

The Bulldogs have the top-rated defence and I just love the spread of their midfield.

Then you chuck in a Marcus Bontempelli and a Luke Dahlhaus. Their spread is tremendous.

The Bulldogs are nearly breaking all-time records with their contested ball numbers.

People talk about the modern game and how different it is but still the single most important facet in football is to win the ball.

Everything else stems from that.

If you’re good at the contest, you have a really good chance of being successful – regardless of what game plan you have.

For North, Jarrad Waite is playing the best football of his career.

Ben Brown’s been great too, and Drew Petrie’s just about due for a standout game. Their forwards have been terrific.

They haven’t had many injuries, whereas the Bulldogs have lost Robert Murphy, Jason Johannisen and Matt Suckling.

This game takes me back to another Friday night blockbuster played between North and the Bulldogs.

We won by five points in Round 22, 1998. Wayne Carey kicked four goals that night and Anthony Stevens was best-on-ground.

But now I look back and think to myself, ‘gee, I wish we had have lost that’.

We won 11 in a row to get to the Grand Final that year – but then lost to the Crows.

I think it might have changed things if we had a loss before the finals.

It was a thriller, though, and I hope tonight is just as exciting.

Hopefully we’ll see another great weekend of football – but I can do without the apologies at press conferences.

I’m not sure I feel it is necessary for players to have a press conference when they muck up.

If they’ve offended an opponent, just give them a call. We should move on.