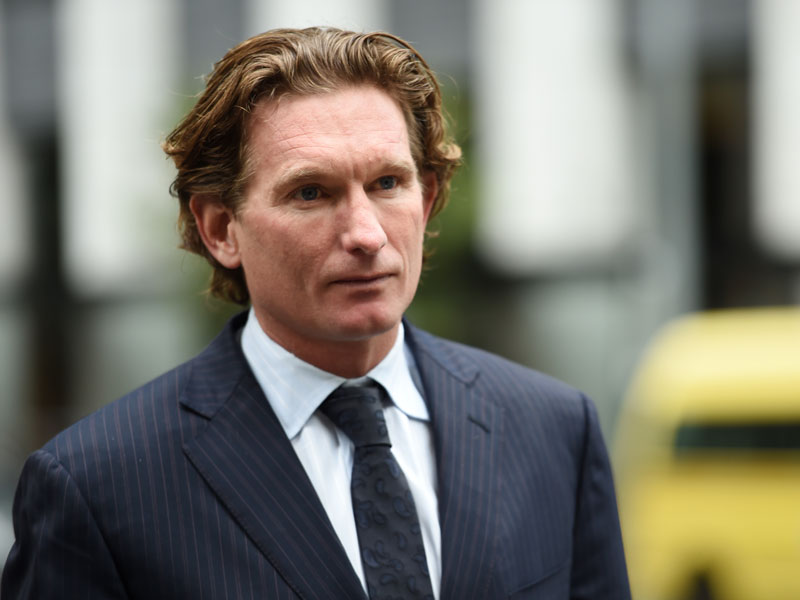 James Hird racked up almost $700,000 in legal fees when he took the anti-doping authority to court but he did it to save his job and his reputation, a court has heard.

The former Essendon coach is suing the club’s insurer after they refused to pay the legal costs of his failed case against the Australian Sports Anti-Doping Authority (ASADA) in the federal court in 2014, and the cost of a subsequent appeal that Hird lost in 2015.

Hird on Tuesday told a civil trial the club had warned against appealing the case but he decided to press ahead for a number of personal and legal reasons.

• Essendon appeal will be lengthy: WADA president
• All 34 Essendon players to appeal suspensions

“One of the reasons was my reputation,” he told the Victorian Supreme Court.

Hird said he risked being sacked if he did appeal but received independent legal advice that an appeal was justified.

Counsel for Chubb Insurance say Hird decided to launch legal action in the Federal Court without the club.

James Peters QC said that Hird’s legal representatives “hardly” made endorsements about the prospects of his cases.

“I put to you … that it was matter of ‘you might as well take the risk and try your luck’. Would you agree with that?” the barrister asked.

“No, I wouldn’t agree with that,” Hird replied.

His barrister, Geoff McArthur QC, says Hird incurred his legal bills – $691,990 according to an amended statement of claim – as an officer of Essendon football club, which means his costs are covered by the club’s insurance policy.

“The policy provides cover for costs incurred for defending, investigating, settling or appealing a formal investigation,” Mr McArthur said in his opening statement.

“Mr Hird is seeking reimbursement for the legal expenses that occurred.”

The insurer viewed Hird’s trial and appeal as “not reasonably incurred” but this interpretation is incorrect, Mr McArthur said.

Hird originally sued Chubb for $1.4 million in legal fees – including those incurred by ASADA, which Hird was ordered to pay – but this was removed from his claim on Tuesday.

The former coach confirmed someone else has paid ASADA’s legal costs for him.

The trial resumes on Wednesday.