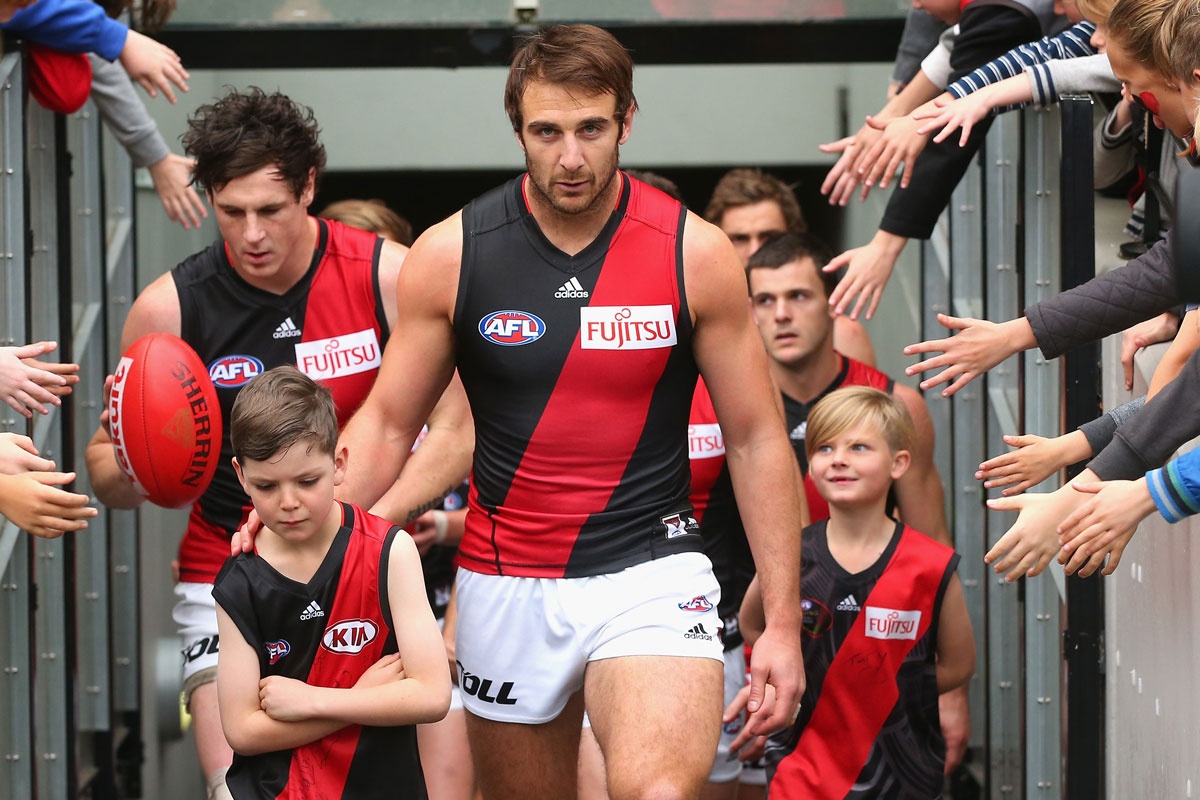 The AFL Commission has backed the Court of Arbitration for Sport (CAS) decision to suspend the ‘Essendon 34′ for 2016, seriously derailing the season before it has even begun.

AFL chairman Mike Fitzpatrick said the Bombers’ 2012 supplements program was a “stain on our game”.

League CEO Gill McLachlan also said the Commission would review the awarding of the 2012 Brownlow Medal to Jobe Watson, with a February meeting called to decide whether he will be stripped of the honour.

“It’s had a terrible impact on the players, the club and the reputation of the AFL,” Fitzpatrick said.

“It struck at the very heart of our game, the integrity of the competition, health and safety of the players.

“The players have received a very harsh punishment today in having a doping violation recorded and a suspension until November 2016.”

“This has been a very dark period.

“Essendon’s history is too important and its future is owned by the members and supporters and not by the last four years.”

McLachlan unveiled a raft of measures to keep the Bombers “competitive” in the short term.

“Essendon may upgrade all of its five rookie-listed players to the senior list as a one-for-one replacement, as though the suspended players they are replacing had long-term injuries,” he said.

“Essendon will be granted the ability to sign up to 10 extra players to its list by powers granted by the Commission to our general counsel Andrew Dillon.

“Existing contract values for the listed players have been suspended shall included in the TPP.

“In summary, it is the AFL’s view that Essendon must be able to field a competitive team, to provide a safe working environment for both their own players and opposition players.”

The World Anti-Doping Agency (WADA) had appealed to Switzerland-based sports body after an AFL anti-doping tribunal, last March, found there was insufficient evidence to find the players guilty of doping offences arising from the club’s 2012 season.

But in a stunning turnaround, the CAS found to its ‘comfortable satisfaction’ Essendon players had taken banned substance thymosin beta-4 in 2012.

In the 48-page document that outlined the decision, the CAS said the players had been negligent in allowing the injections regime to take place.

“No player asked the cub doctor – the obvious first port of call – for advice about Thymosin, although all signed a consent form for its administration,” the CAS ruling read.

“Given that it is the primary responsibility of a player to ensure that he does not make use of a prohibited substance, the players’ lack of curiosity is fatal to the success of this particular plea.”

Later it blamed the players for not disclosing injections on doping control forms.

“These breaches, in the panel’s view, sprang from a single source, namely a group decision by the players on the direction of Mr (Stephen) Dank and Mr (Dean) Robinson (Essendon fitness staff), to keep secret the nature (of) his new regime,” it said.

“All appeared to have relied upon the assurance of Mr Dank and Mr Robinson that they could use the substance without being in breach of the AFL anti-doping code or the WADA code.”

Club apologises to players, supporters for failing them

Essendon’s incoming chairman Lindsay Tanner said that the penalty imposed on the 34 current and former players was “manifestly unfair”.

Tanner said they were “shocked” at Tuesday’s outcome and at all times the club’s players acted in good faith.

“They sought assurances that were provided them. If ever there was a case to be made for a finding of no significant fault, this was it,” he said.

“This suspension comes on the top of three seasons of extreme duress for these young men. This is their livelihoods, their careers and it’s not just the players themselves, it’s their families, their friends, their fans, the ripple effect is huge.” Tanner restated that the Essendon Football Club apologised to the players for failing them in 2012.

“We will continue to  provide them with every support and guidance. The club also apologies to the players’ families who have shared their journey over the past three years,” he said.

“To our members, our partners, and our supporters, we also apologise.”

When asked whether Watson should keep his Brownlow Medal, Tanner said he should.

“Irrespective of whatever decision was announced today I said said some weeks ago I think Jobe should retain the Brownlow Medal irrespective.  I stand by that position,” he said.

In an email sent to club members shortly after 8am (AEST), Tanner said: “Regrettably, we can confirm the Court of Arbitration for Sport has found 34 past and present players guilty of committing an anti-doping rule violation.

“As a result, the players – including 12 currently listed with Essendon – have been suspended for the 2016 season.”

The decision was branded as ‘corruption’ by former Essendon sports scientist Stephen Dank, who is alleged to have spearheaded the club’s controversial supplements program.

“This is corruption at its highest. These guys have done nothing wrong and there is no evidence as such,” he told News Limited.

Ex-Essendon coach James Hird branded the decision as a ‘miscarriage of justice’.

“I am shocked by this decision,” he said.

CAS hearings were held in Sydney last November and at least seven of the 34 affected players gave evidence.

There are 12 players from the original 34 still playing at Essendon, including Brownlow Medallist and club captain Jobe Watson, vice-captain Dyson Heppell and all-Australian defenders Michael Hurley and Cale Hooker.

Seventeen of the 34 have since retired or been delisted.

AFL Players’ Association boss Paul Marsh said his organisation “cannot comprehend” how the CAS could arrive at this decision and said he was “shattered for every individual player involved”.

“It is important to note the players took all reasonable steps to assure themselves that what they were being given was compliant with the WADA code,” Marsh said.

“Whilst we have seen no evidence throughout this process that proves the players were administered supplements which were not compliant with the code, if this is the case, then they have been deceived.

“They are the victims, not the perpetrators.”

Marsh said the players could stand with their “heads held high” and said the likelihood of legal action was “very high”.

“You are deserving of a huge amount of credit for the way you conducted yourselves at all times throughout this process. Sadly, you have been horribly let down,” he said.

“I have the highest regard for them but they have been through hell and back and today was just unfortunately the nail in the coffin. So they are doing it tough.

“I have been working in sport for nearly 20 years and it’s the most disgraceful thing I reckon I’ve seen. I just feel for the players, they don’t deserve this.”

Port Adelaide, who will lose recruits Angus Monfries and Paddy Ryder for the season, were devastated by the news.

“Clearly, we are extremely disappointed with today’s outcome and in particular we are devastated for Angus and Paddy who have been through so much already,” said Port’s general manager of foorball ChrisDavies.

“This has been a long, drawn out process for both of them and we are most unhappy that it has ended with such a significant suspension.

“First and foremost, we will look to support Angus and Paddy in every possible way during their time on the sidelines.

“We are very proud as to how Angus and Paddy have handled this whole process and as a club we will stand by them all the way.”

St Kilda’s new recruit Jake Carlisle will also be forced to sit out.

“Jake is understandably devastated with the decision, and our priority is to provide him with ongoing welfare and support,” the club said.

“St Kilda is currently liaising with the AFL and the AFLPA to determine more detailed implications of this morning’s decision and will provide further updates as appropriate.”

Essendon, which will begin its 2016 against the Gold Coast on March 26, has already been granted approval to recruit “top-up” players from the VFL and other state leagues to help field a team.

The saga has dogged the club and the AFL for almost three years and cost the careers of numerous coaches and administrators and has cast a pall on the competition.

Sport minister Sussan Ley blamed the former Labor government’s meddling, and appeals from Essendon, with increasing the length of the saga.

“There is no doubt that protracted legal appeals and the political interference of the previous Labor Government drew out the length of this case and frustrated fans, players, administrators and authorities alike,” she said in a statement.