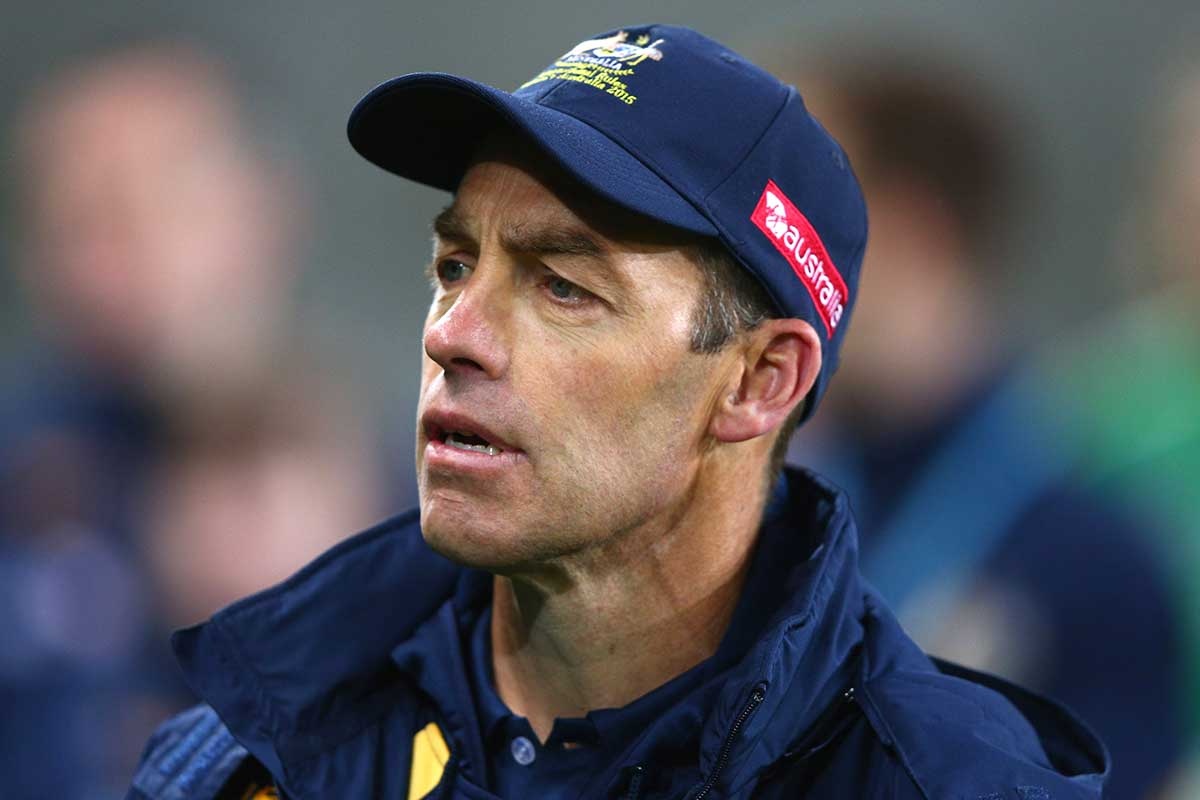 Australian coach Alastair Clarkson has lamented a sloppy display from his AFL ‘Dream Team’ in their 56-52 loss to Ireland in the one-off International Rules Test.

The Australians started slowly in Dublin on Saturday night and were inaccurate in front of goal as they were humbled by the Irish amateurs in front of 33,386 fans at Croke Park.

Clarkson admitted his elite squad had been outclassed after making “simple hand-balling” errors which gifted Ireland possession in dangerous areas.

Ireland led from the fourth minute but had to withstand a furious Australian fourth-quarter fightback, the tourists getting within three points with four minutes remaining before the home side grimly clung on for victory.

Ireland captain Bernard Brogan was named man of the match having led from the front before lifting the Cormac Macanallen Trophy, though teammate Aidan O’Shea was equally damaging and finished with two six-point goals.

While Ireland landed three of the six-point majors, Australia nabbed just the one goal – focusing more on building their score through the three-point overs.

In chilly four-degree weather and playing with the unfamiliar Gaelic football, Australia were cruelled by wayward kicking – finishing with 13 one-point shots at goal compared to Ireland’s five.

“We had significant opportunity but we just could not convert the opportunities,” Clarkson said.

“We didn’t handle the ball anywhere near as well as we usually do during the first part of the game.

“Some of our turnovers gave the Irish side some very, very open opportunities and they capitalised on those chances.

“In the second half we were a little bit cleaner with the ball and took our chances a bit better.”

Australia roared back into the contest when a scrappy six-pointer, punched in by Eddie Betts, was followed up by an over to Robbie Gray – his third of the night – to reduce Ireland’s lead to three points with four minutes remaining.

Betts, with a goal and two overs, was an ever-present threat while St Kilda star Nick Riewoldt and Gray each kicked three overs, but it was Geelong defender Harry Taylor who was awarded the Jim Stynes Medal as Australia’s best player.

Ireland’s free-flowing style proved hard to stop in the opening half, and their ability to convert territory into six-point goals proved decisive as they kicked three majors to take a 43-23 lead into the big break.

Retiring Essendon champion Dustin Fletcher was at fault for the opening goal of the match, the Aussie goalkeeper failing to clear a well-placed cross which was soccered into the net by O’Shea.

Fletcher could do nothing about O’Shea’s second however – having rushed out to make a crucial save, he was out of position as the Ireland star shot low and hard into an open net at the start of the second quarter.

Australian captain Luke Hodge was warned over foul play late in the half, and gave away a penalty, which was converted by Conor McManus, for body-checking an Irish player into the goalpost.

Ireland coach Joe Kernan said the level of competition was as strong as ever.

“The competition has now gone to a different level because of the team Australia is sending over,” Kernan said.

“It is a great win but that is going to make it harder next year.”