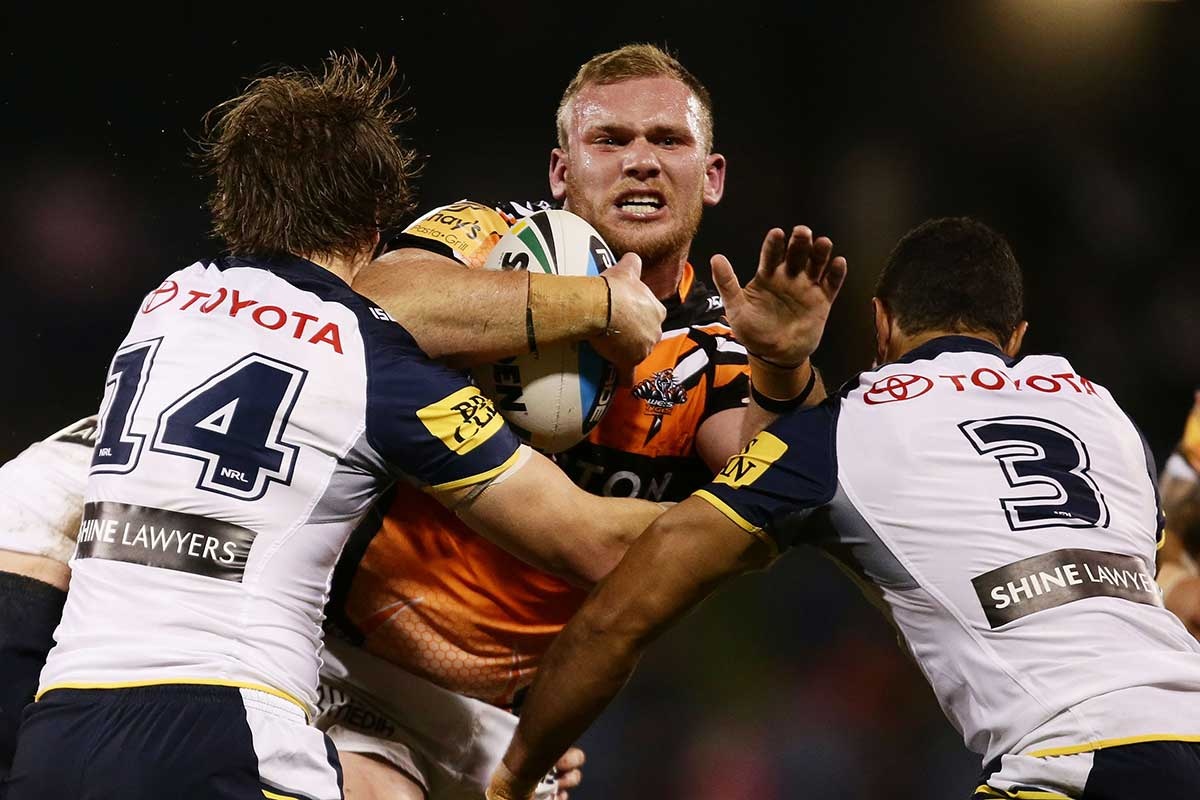 There are three certainties in life: death, taxes and footy players on the drink at the end of a season.

The past month has seen a spate of incidents involving players coming unstuck.

GWS Giants star Jon Patton was concussed after an assault in Los Angeles.

At the weekend, Sydney Swan Isaac Heeney suffered a broken jaw after being struck from behind while attempting to enter a cab in Hong Kong.

Both incidents were described as “unprovoked attacks”.

On Saturday night, Giants defender Joel Patfull broke his collarbone after falling off a motorcycle on the first day of a surfing holiday in Bali, although there was no suggestion of alcohol being a factor.

Then NRL player Matt Lodge was sacked by Wests Tigers after being arrested while on holiday in New York.

Already stood down by the club over domestic violence allegations, Lodge allegedly stalked two women, telling them “this is the night that you die”.

Last month, NRL pair Dylan Walker and Aaron Gray had to be hospitalised after an overdose of prescription drugs during a “movie night” at the latter’s house.

So how bad is the problem?

Does the stress associated with being an elite athlete mean that when the pressure valve is released at the end of the season, sportspeople go off the deep end when letting their hair down?

Sports psychologist Daniel Dymond feels excessive media scrutiny makes it seem as though our stars are running off the rails when, in reality, things aren’t so bad.

“There are a lot of factors that are involved in this,” Mr Dymond told The New Daily.

“Every one of these incidents is reported on.

“But I’d be interested in the frequency of these types of incidents in people in other professions.

“Every shark attack gets reported, so you think you’re more likely to get eaten by a shark than struck by lightning. But that’s not true.”

But Mr Dymond does concede that there are personality traits in some elite athletes that could make them over indulge.

“There are elements of athletes that are extreme,” he said.

“There are some (athlete) personality types out there who do things to the extreme, and when they’re out and about they push themselves to the extreme as well.”

But Akermanis, who played in a Brisbane side that featured renowned partiers like Jonathan Brown and Martin Pike, feels players can sometimes be their own worst enemy on the drink.

“The phrase that gets me is ‘unprovoked assault’,” Akermanis said.

“I’ve been in Hong Kong many times, in a lot of bars and in a lot of cabs, and I’ve never been close to getting hit. Especially not getting into a taxi.

“So that phrase I’m always a bit suspicious about.”

No one denies that footy players work long and hard for most of the year, and deserve the chance to blow off some steam the same way anyone else does.

Given most are aged between 18-30, you’ve got no chance of keeping them out the clubs and pubs.

But a few could do with listening to that time-honoured advice that’s been passed down for generations: nothing good happens after midnight. Why do our sports stars go crazy on the grog?