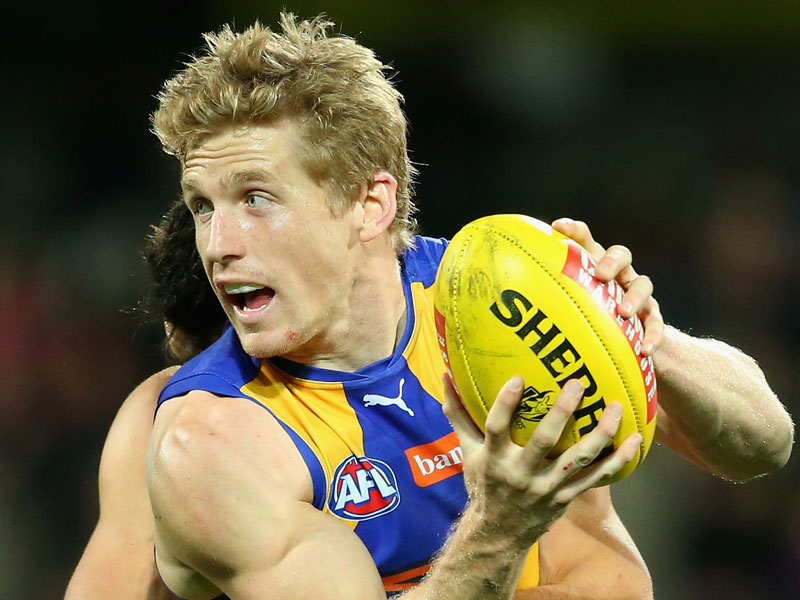 The AFL’s system of awarding compensation draft picks to clubs who have lost a free agent is a shambles that needs to be scrapped.

At present, the measure sees clubs rewarded with a draft pick if an eligible player – one who has given eight years of service and is out of contract – walks out.

Last week, two clubs teed off on the system, with West Coast labelling it “disrespectful” and the Brisbane Lions declaring it “chook lotto”.

• Patrick Dangerfield gets his Geelong move
• If you thought footy season was over, think again
• ‘Paranoid’ Cousins was a threat to Eagles’ mission

The Eagles were perplexed when club vice-captain and former best-and-fairest winner Scott Selwood only drew a second-round draft selection – pick 38 – after departing for Geelong.

Leuenberger was taken with pick four in the 2006 draft.

The AFL says clubs only receive a first-round selection if the player they are losing is in the top five per cent of AFL wage earners, aged 25 or over.

But the fact that clubs are rewarded for a player leaving – and the reward itself, which is decided by the AFL – baffles those outside league headquarters.

The AFL insist compensation is an equalisation measure, so clubs don’t lose their best talent, but Stride Sports Management’s Tim Lawrence is one of many who think it isn’t necessary.

“There is certainly really valid reasons to have the compensation pick gone,” Lawrence told The New Daily

“It would take the smokescreen and the ambiguity out of it.

“There is a general consensus from a lot of people, whether they be agents, or even members of clubs, who think if it wasn’t about, trading would be easier.”

No rhyme or reason

A look back at recent compensation picks offered throws up some serious questions.

Pick 19 to Hawthorn for losing one of the league’s best players, Lance Franklin, in 2013?

Or pick three to Melbourne after James Frawley, a good player but not a superstar, joined the Hawks last year?

The system is imbalanced – because adequate or fair compensation is almost impossible to predict.

This leads to headaches for clubs, according to Lawrence.

“One of the big issues is that it is just not a transparent system,” he added.

“It really makes it difficult for clubs who are deciding whether they will match an offer or not, or whether they take the pick.

“They really don’t know what the compensation pick is until after they player is gone in a lot of cases.

“To clear up the system, it probably would be better if it (compensation pick) wasn’t in there and (was) just removed it to be in line with other sports.”

So what do other sports do?

An often-referred to example is football’s Bosman rule.

Introduced in 1995 after out-of-contract player Jean-Marc Bosman had a move from Belgium’s RFC Liege to Dunkerque in France blocked, it means that players can move to new clubs at the end of their deal without their old club receiving a fee.

The good, well-run clubs tie their players to long-term deals – otherwise risk losing them for nothing.

But it promotes movement between clubs and gives players freedom when deciding on their future.

Very similar systems exist in American sports, like the NBA, MLB and NFL.

And rugby league and rugby union have no AFL-like restrictions on free agency moves.

It leaves the AFL lagging behind as they try to predict the impact a player will – or will not – have in the future, and determine what compensation draft pick they are due.

Such estimates are fraught with danger, though.

And if the AFL wants to have truly “free” agents, compensation should not exist. It hampers unrestricted movement.

In any walk of life, and any occupation, no boss or workplace would expect compensation for losing an out-of-contract member of staff.

So why does it happen in the AFL?

It feels like compensation was introduced to ease Australians into the ‘foreign’ prospect of free agency.

But we’ve become accustomed to free agency and what it entails.

We know the difference between a restricted free agent and an unrestricted one.

So, AFL, it’s time to kill this bad idea. And soon.