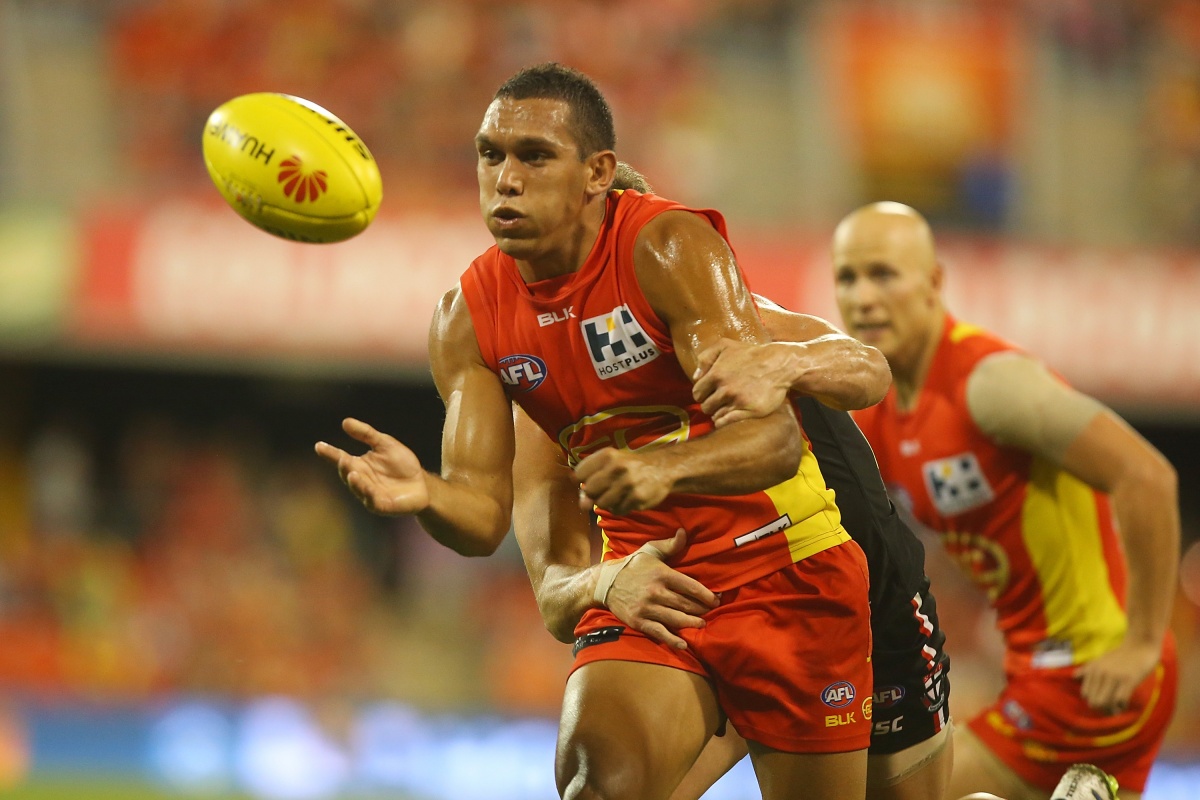 Harley Bennell has been thrown a lifeline by Fremantle, with the Dockers trading for the controversial midfielder after being convinced he is ready to turn his AFL career around.

As the only serious suitors for Bennell, the Dockers were able to snare the highly gifted onballer for an exchange of draft picks.

• Adam Goodes: booing was a reason I quit
• Lions unhappy with Leuenberger AFL offer
• Patrick Dangerfield gets his Geelong move

The 23-year-old ran out of chances at the Suns after a string of off-field incidents, the final straw coming when he was arrested after a drunk altercation with a bouncer.

But after a series of meetings with senior Fremantle officials, including coach Ross Lyon and football operations manager Chris Bond, the Dockers went ahead with the trade for Bennell, who played 92 matches for the Suns after joining them as the No.2 pick in the 2010 national draft.

“I’m excited about returning home to WA and joining Fremantle,” Bennell said in a statement.

“I want to thank the Gold Coast for drafting me and the support they have offered me during my time at the club.

“My main focus now is to knuckle down and have a solid pre-season over the coming months.”

Gold Coast football operations manager Marcus Ashcroft said the Suns had secured maximum market value for Bennell, who attracted initial interest from several other clubs including Richmond, before it became clear the Dockers were in the box seat.

“We have done the best deal possible for the Gold Coast football club and, as a result, have significantly strengthened our draft position,” said Ashcroft.

“As a club, we’ve taken the steps necessary to build a strong culture on and off the field.”

Also on Wednesday, key-position player Lachie Henderson became the first AFL player to be traded for a future pick after being granted his wish to move from Carlton to Geelong.

Henderson, 25, was exchanged for the Cats’ first selection in the 2016 national draft – a deal sealed two days after Geelong gave up their opening two picks in this year’s draft to secure champion midfielder Patrick Dangerfield from Adelaide.

Henderson will be joining his third club, having previously played with Brisbane and Carlton.

New Carlton general manager of list management and strategy Stephen Silvagni said the Blues had done well out of the deal.

“We were always of the firm belief that a first-round draft pick would be a fair trade for Lachie,” said Silvagni.

“By banking a first-round selection for next year, it gives us flexibility – we can opt to either utilise or leverage the pick depending on our needs.”

It continued a busy start to the trade period by Geelong who also picked up Dangerfield and West Coast midfielder Scott Selwood on Monday.

The trade rules were altered this year, allowing clubs to use future picks to help facilitate the movement of players between clubs.

The Blues refused to consider Henderson for senior selection for the final three matches of the 2015 season after he told them he wanted to be traded to the Cats.