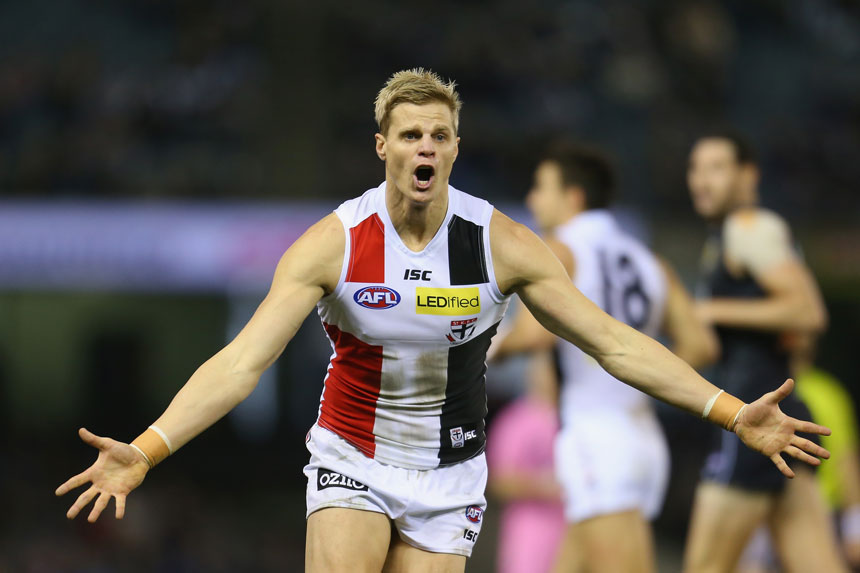 Gone are the days when the AFL grand final signalled the end of the season.

Sure, the matches have stopped.

But Hawthorn’s brown and gold confetti had barely hit the MCG turf before the conversation – as if there hadn’t been enough this year – switched to Patrick Dangerfield’s future.

This is 2015 and the AFL, by design, very rarely pauses for breath.

On Monday, the AFL’s trade period begins. Both, needlessly, run for close to a fortnight. One week is more than enough.

Yes, a few deals will get done in the trade period, but expect the majority of the discussion to be tedious and, ultimately, fruitless.

Still, footy will command back pages and hours of television and talkback radio, leaving opposition codes floundering in the background.

Then there’s the official 2016 fixture release on October 29.

I’ll give you the hot tip: every team will play each other once. They’ll also play five teams for a second time.

Yet you can bet your bottom dollar that it will still generate excessive media coverage as we try and kid ourselves that Carlton might put up a fight against Richmond in Round 1.

It doesn’t end there.

There’s the thrilling delisted player free agency period one, two and three – who didn’t dream of your club being involved in that as a kid? – that runs from October 31 to November 26.

The ‘successful’ re-invention of International Rules means Australia will head to Croke Park in Dublin on November 21 for a one-off Test against Ireland.

Credit to the AFL for demanding the best players and coaches are involved, but ultimately, the hybrid format is one that few people care about.

To counter that, expect countless declarations from players in the build-up about how much of an honour it is to represent their country. Or how much they love the format.

They’ll love the free trip and the Guinness.

The on-again off-again nature only adds to the public’s complete lack of feeling for International Rules. This year will be the first time it has run in three successive years since 2006.

Three days after the Dublin Test is the 2015 AFL draft in Adelaide.

The draft can be exciting – and it gives every footy fan hope that their club has picked up the next big thing.

But it is, in simplistic terms, a massive guessing game from recruiters and the media.

Still, expect footy fans to react with either complete joy or utter fury at the 17-year-old back pocket that they’ve picked up from West Perth who they wouldn’t recognise if he stood up in their porridge.

Meanwhile, awkward-looking teenagers in ill-fitting polo shirts will declare the basketcase club they join is ‘where they always wanted to end up’ and ‘the right fit’ before requesting a trade two years later.

Then, on November 27, it’s the pre-season and the rookie draft, which will feature those who missed out earlier in the week and a bunch of recycled players never likely to play a senior game again.

Clubs will then make their final list lodgement on December 1 and we can all breathe a sigh of relief. The footy season will be over.

And you better make the most of it, because come mid-January, the cycle starts again. If you thought the footy season was over, think again