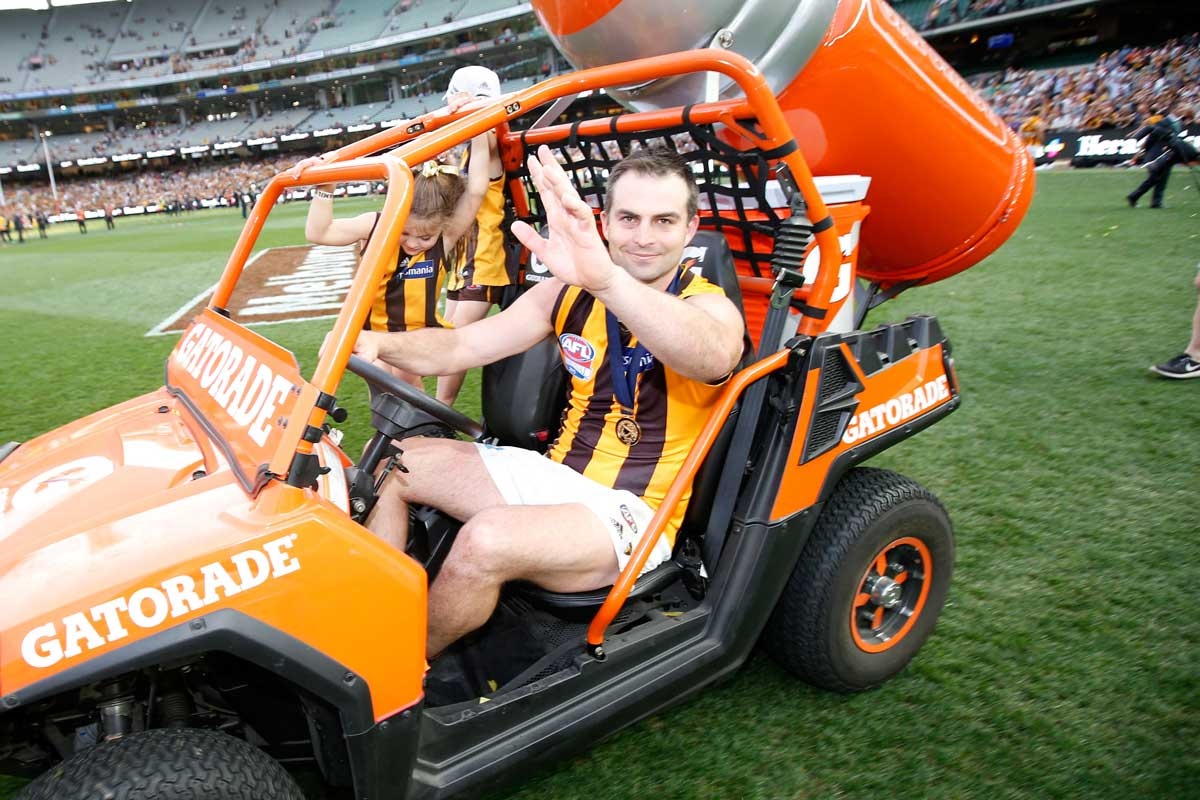 Lake played the final three years of his career at Hawthorn, after switching from the Western Bulldogs at the end of 2012.

He snared three premierships from as many seasons, starring in each of the grand finals he played in.

Lake, who finished on 251 games, had indicated he wanted to continue his career after Saturday’s grand final, but has no reconsidered as Hawthorn look to regenerate one of the competition’s older lists.

He won the Norm Smith medal against Fremantle in 2013 for a fantastic rebounding display, blanketed Kurt Tippett  against Sydney a year later and was outstanding against the Eagles on Saturday.

Ruckman Hale played 237 matches – 129 with the Kangaroos, before joining the Hawks for the 2011 season.

The Hawks have a ready-made replacement for Hale in Jonathan Ceglar, who was somewhat unlucky to miss out on the 2014 and 2105 grand final teams, with coach Alastair Clarkson preferring Hale and Ben McEvoy as his ruck combination.

Lake could be harder to replace, with his peerless ability to take intercept marks in defence again on show in the big win over the Eagles in the 2015 decider.