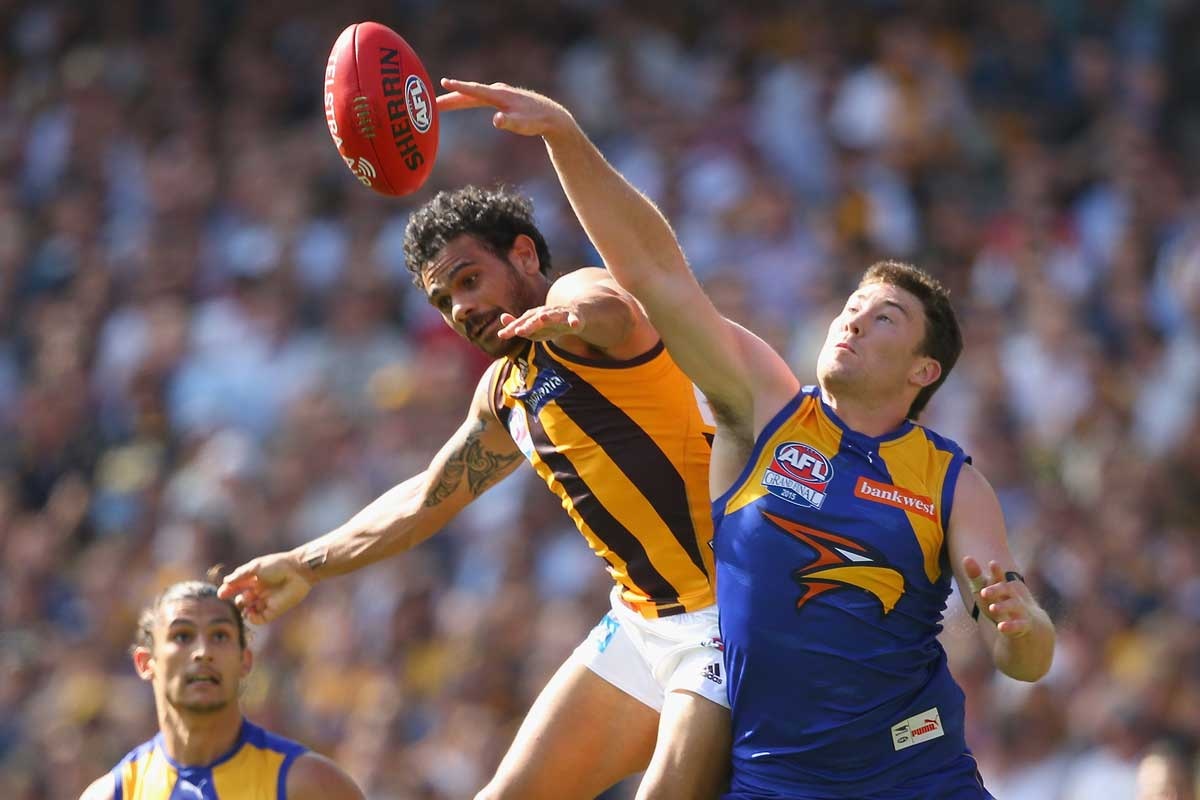 West Coast defender Jeremy McGovern was too nice during Saturday’s grand final shellacking at the hands of Hawthorn, according to AFL great Leigh Matthews.

McGovern has come under fire for helping Hawks skipper Luke Hodge get back onto his feet straight after the three-quarter time siren.

Hodge had been in a world of pain just moments earlier after being pummelled to the ground by McGovern.

The Eagles trailed by 50 points at the time, meaning much of the angst between the two sides had already evaporated given the hefty margin.

But Matthews, who coached Brisbane to a hat-trick of flags between 2001-03, said McGovern still shouldn’t have helped Hodge.

“I wouldn’t have liked one of my players being that polite,” Matthews told Channel Seven’s Game Day on Sunday.

“Michael Voss or someone like that would have given him a bit more to go on with as well,” Bolton said.

“Certainly you have that respect in home and away games.”

Nick Maxwell, who captained Collingwood to the 2010 flag, said players couldn’t afford to taper back on their aggression when playing a team like Hawthorn.

“The Eagles lost the aggressive, unsociable side of a grand final,” Maxwell told Channel Seven.

“That’s something they would have learned – that’s the way you have to play against Hawthorn.

“You have to be aggressive all the time.

“By three-quarter time, they knew the game was over.”

Hawthorn went on to win the match by 46 points to secure their third straight flag.

But in the end he and his fellow defenders were simply overwhelmed as the Hawks ran rampant.

West Coast matched Hawthorn in the physicality stakes when the game was at its hottest early.

But they were made to pay for a series of uncharacteristic mistakes and poor decision-making.

Eagles were too nice: Matthews