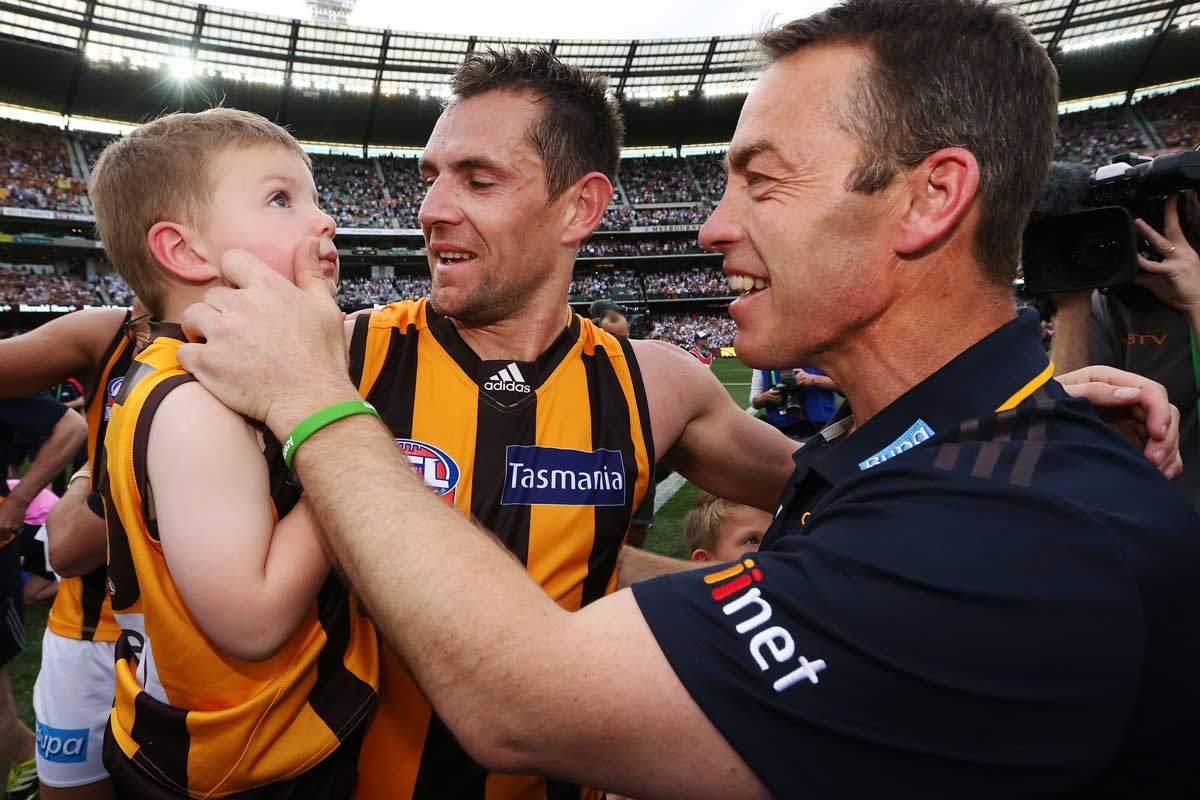 So long as Hawthorn’s core group of four-time AFL premiership players keep producing, coach Alastair Clarkson says they will be encouraged to continue their stellar careers.

Those stars had crucial roles on Saturday as Hawthorn became only the sixth AFL team to win three premierships in a row.

But the combination that beat West Coast by 46 points is also the oldest premiership team in AFL history.

The immediate challenge for the Hawks as they try to maintain this dynasty is striking the right balance between regeneration and retention.

Shaun Burgoyne has won three with the Hawks and one with Port Adelaide.

David Hale, 31, is likely to retire, while Brian Lake, 33, wants to keep playing.

Alastair Clarkson, the first man to coach Hawthorn to four premierships, admits some big decisions have to be made in the next 12 months to two years.

“But you look at the Burgoynes, Mitchells and Hodges – they’re playing some of their best footy,” he said.

“They’re managed particularly well by our medical and conditioning team.

“We don’t want to push those guys out of our football club because they have a birth certificate that says they’re past that ripe old age of 30.

“We need to be diligent with our decision-making around that.”

While the Hawks will celebrate their latest premiership, Clarkson said they must move on quickly.

“Our dilemma and challenge in the weeks, months and certainly years ahead … is just to balance how we inject some youth into our group at the same time as when some of these guys finish their careers,” he said.

“We have some catch-up to do (with other clubs).

“But it’s a pleasurable time of the year.”

Their celebrations will continue at Glenferrie Oval on Sunday afternoon with a family day, where the team will be presented to thousands of Hawks fans.