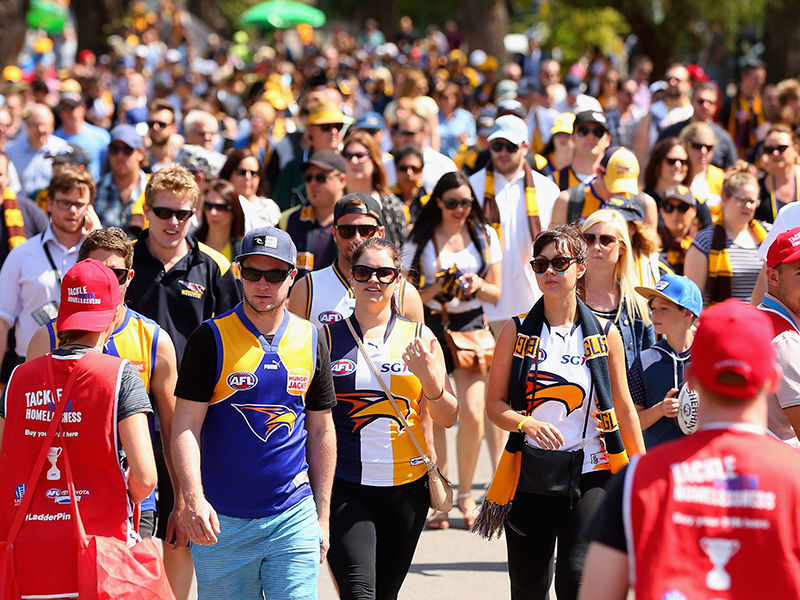 This year’s AFL grand final is on track to be the hottest on record.

The Bureau of Meteorology expected the mercury to hit 30C around game time.

But it could even edge a couple of degrees higher, and into the record books, forecaster Rod Bickson told AAP.

“By the time the match starts, I think we’ll probably be sitting pretty close to 30C,” he said.

“We may even sneak a degree or two above that.”

Mr Bickson said the hot temperatures – which some commentators say could play into the hands of WA’s heat-hardened Eagles players – would probably persist throughout the game.

But while it could be the hottest grand final, the temperature isn’t anything too surprising for this time of year.

“It just happens to have fallen on a public event.”

AFL grand final 2015 could be the hottest on record