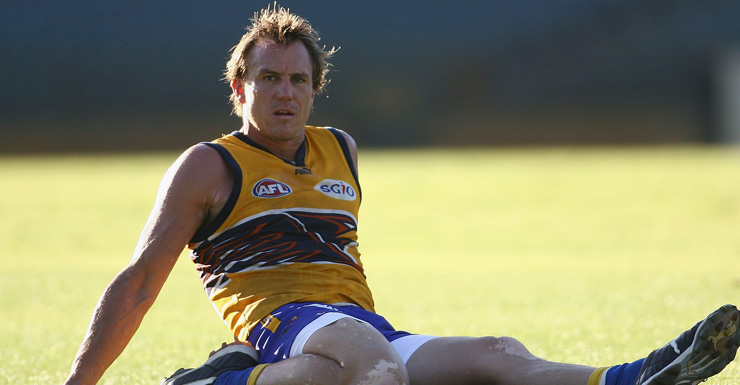 The Herald Sun says a conspiracy to derail West Coast Eagles’ premiership tilt is not behind the timing of its explosive drugs story published on the Thursday of grand final week.

The best-selling newspaper in the country – which is based in Melbourne – published a story containing allegations of a toxic culture of abuse of prescription and illicit drugs that came from ex-Eagle Daniel Chick.

It came on the verge of West Coast’s grand final against two-time reigning premiers Hawthorn at the MCG on Saturday.

Speaking to Perth radio station 6PR, the Herald Sun editor said there was a “simple” explanation for the controversial timing of the story.

“The story was due to run last week and one of the reporters involved had to go to hospital,” Damon Johnston said.

“Had the Eagles lost in their preliminary final, the story would have run either yesterday or today.

“There was no plan to run it two days before the Grand Final … we’re not here to be cheerleaders for the West Coast Eagles or the AFL.

“We’ve run it today … fans can decide whether that’s fair or not.”

The article in question is based on a range of claims from Chick, who won a 2006 premiership at West Coast after crossing from Hawthorn.

Chick alleges the drug culture at the club wasn’t helped by those in charge, and that some of those figures still need to be held accountable.

He said in the story: “I’d give up my premiership medallion for another 100 games with the Hawks because of the way I’ve been treated.”

“It’s not a football club, West Coast, it’s a business and they didn’t care about the players.

“I went from the family club to the freakin’ playboy club and it ruined my life.”

Chick revealed he became addicted to illicit and prescription drugs while at the club, and that he had suffered “deep depression” as a result.

When asked if the article would have any adverse effects on the Eagles’ build-up to the big game, Johnston responded, “none at all”.

“Most of our football experts in Victoria today don’t believe it will impact the players,” he said.

“They’re not going to let something like this bother them.”

The West Coast Eagles responded to the article on Thursday afternoon, saying it was “extremely disappointed” by its content.

“The West Coast Eagles are extremely disappointed by the content, timing and publication of some unsubstantiated claims by former player Daniel Chick in a Melbourne newspaper today,” the statement said.

“The club was not contacted to provide any balance to the article and strongly refutes the allegations in that story.

“The club is now recognised as a leader in the area of player welfare and integrity in the country.

“Our current playing group and coaching staff will not be distracted as they embark on the challenge of winning the club’s fourth premiership at the MCG on Saturday. There will be no further comment on this matter.”

The Herald Sun editor argued that Ben Cousins, Daniel Kerr and the West Coast Eagles had had their say on the drug culture at the club in the mid-2000s, which meant Chick was entitled to his.

Ironically, Mr Johnston revealed he is a West Coast Eagles supporter himself, and he’ll be cheering the side on this Saturday.