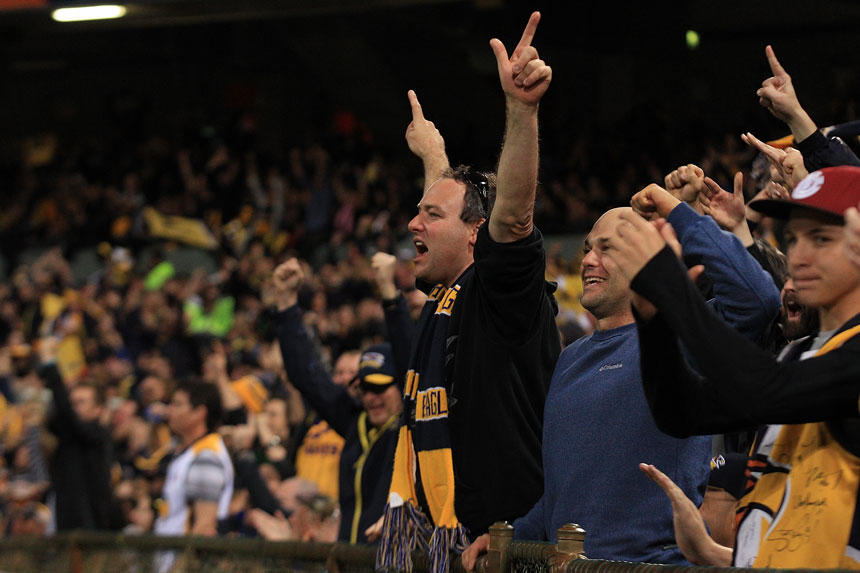 Four teams will compete for two trophies when Australian sport reaches one of its yearly climaxes this weekend.

And while statisticians will be rich obscure of sporting facts and statistics to celebrate it, Roy Morgan has released a survey comparing an off-field group: the supporters. And there are some quirky differences between them.

According to the research, when the next heatwave hits you’re better off giving your Cowboys friends a call – they’re more likely to have a pool than their Broncos counterparts.

But next time you’re splitting the bill, watch out for any stingy Cowboys – they gave $40 less to charity last year and spend a whopping $19 less on going out each week than those cash-flashing, buckwild Broncos.

Further south, a head-to-head survey of the Hawks and the Eagles reveals women are more attracted to the team from the west. The Eagles have four per cent more female supporters than Hawthorn.

If West Coast wins on Saturday and you come across any arrogant fans, be ready and armed with this fact: just one in five supporters attended a match this year.

But more than one in three Hawks supported their team in person, and what’s more, were more than twice as likely to financially support their club.

But it’s not likely Eagles fans were envying the Hawks and their cold pies at freezing MCG this winter – they were too busy soaking up sun next to the pools they’re more likely to have.

Or cooking snags on the barbecue they’re more likely to own.

Or enjoying that overseas holiday they’re more like to take.

Adding salt to the wound, Eagles supporters also spend more on both charity and going out.

So is there anything Hawks supporters have on their fellow grand finalists this weekend?

Yes. They spend $10 more per week on home entertainment.

Hopefully they decide to get out and about this weekend.