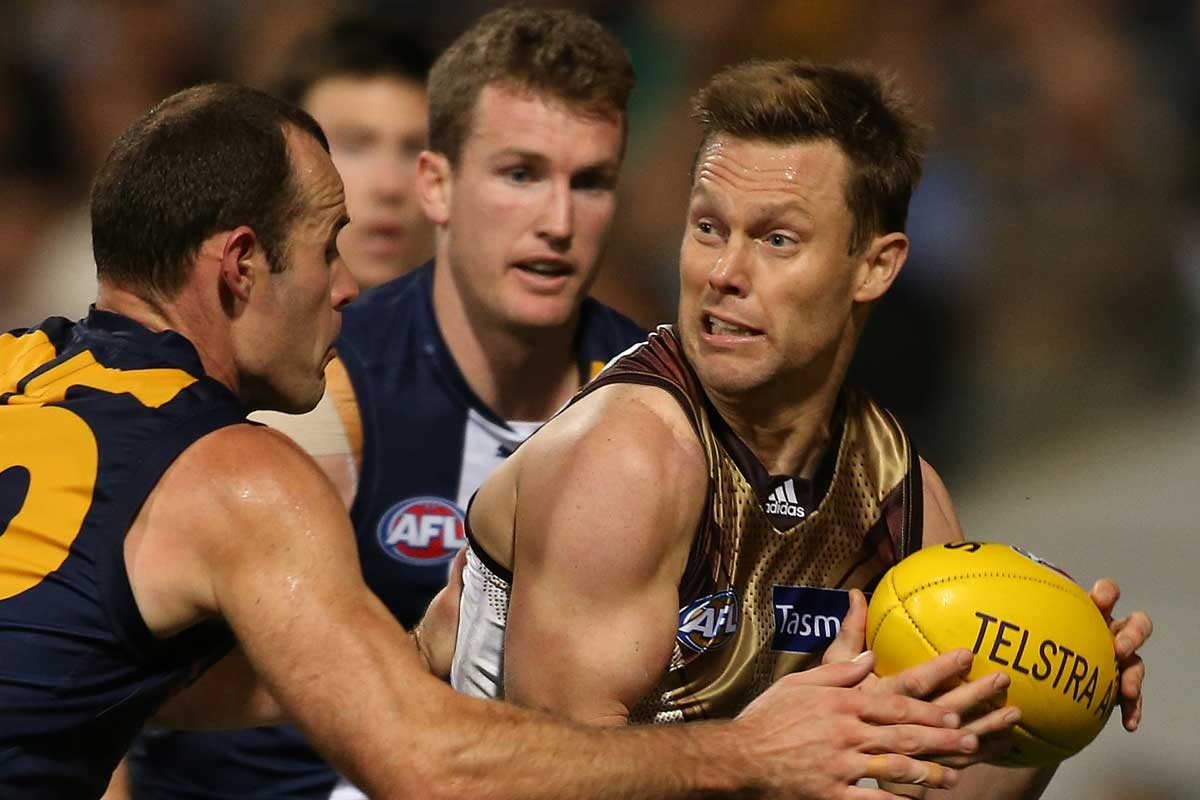 Hawthorn veteran Sam Mitchell feels his team’s AFL qualifying-final loss to West Coast may be a blessing when they meet again in the grand final on Saturday.

The defending champion Hawks were rocked by the Eagles in week one of the finals, suffering a 32-point loss.

Mitchell said it did not damage their confidence but put them on guard for the MCG decider where they will strive for a three-peat of titles.

“Clearly it shows us that they can beat us and that’s probably not a bad thing,” former skipper Mitchell said.

“We take a little bit of confidence in that we can’t play that badly again.”

Mitchell, who finished third in the Monday night’s Brownlow Medal behind Fremantle’s Nat Fyfe, said his team played a brand of football suited to finals.

He felt the group’s maturity and enthusiasm added to the mix.

“When you bring those things together I would say we’re well-placed.”

Mitchell, who is tipped to move into coaching when he retires, said he was not concerned about any inside knowledge West Coast had with their coach Adam Simpson, who was a Hawthorn assistant when they won the grand final in 2013

Mitchell said his team had overcome some significant obstacles during the 2015 season to put themselves in the position for a third straight flag.

He spoke of the recent accidental death of the teenage son of assistant coach Brett Ratten as well as forward Jarryd Roughead’s cancer scare.

“Roughy missed a couple of games and that’s what people talk about but he had cancer and that’s significant.

“That’s something that’s pretty close to home … but if you have nothing go wrong I don’t think that’s necessarily a good thing.

“Having a little bit of that in your system, giving you perspective isn’t a bad thing going into a finals campaign.”

Mitchell said he could not say whether that meant this grand final would mean more than others.

“You can’t sit back and judge them until after they’re done.”