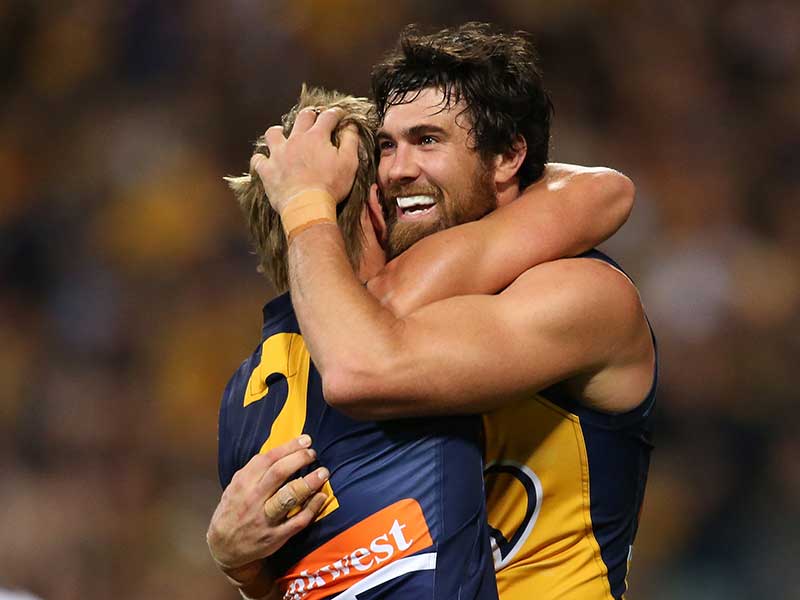 West Coast will meet Hawthorn in next week’s AFL premiership decider after overcoming an early scare to beat North Melbourne by 25 points in Saturday night’s preliminary final at Domain Stadium.

West Coast’s midfield stars struggled early, with the home side trailing 22-2 at quarter-time against a desperate Kangaroos outfit.

The Eagles beat Hawthorn by 32 points in a qualifying final two weeks ago in Perth.

But the Hawks have regained their mojo since that encounter, disposing of Adelaide and Fremantle to reach their fourth straight grand final.

North Melbourne were gutsy on enemy territory, but they ultimately lacked the midfield grunt to match West Coast.

But the trio finished with just one goal between them as Will Schofield, Sharrod Wellingham and Brad Sheppard played masterful roles in defence.

The one big blight for West Coast was their inaccuracy in front of goal – an area they will need to fix up if they are to beat Hawthorn on grand final day.

North Melbourne entered Saturday’s match as rank underdogs, but they made a mockery of that tag in a dominant opening term.

Eagles ruckman Nic Naitanui tried his best to show some fight, engaging in a fierce wrestle with Scott Thompson along the boundary line.

Kangaroos midfielder Jack Ziebell came up with an ingenious plan to break up the tussle, hopping up from the interchange bench to spray Naitanui with his water bottle.

The stream of water missed its target, but the Kangaroos made it count where it mattered most in the first quarter – on the scoreboard.

West Coast needed a hero to spark them in the second term, and it was Coleman medallist Kennedy who answered the call.

Kennedy was cleaned up by a big Scott Thompson bump as he took a courageous running mark.

And with Thompson also feeling the pain of the hit, Kennedy hopped straight up, played on and kicked truly on the run from 35m out.

First, his wayward handball cost Shaun Higgins what would have been a certain goal.

Then in the dying moments of the half, Brown dropped a regulation mark within scoring range.

But he wasn’t the only player to struggle.

West Coast gained control during the second quarter, and they slammed home their advantage in the third as the inside-50s started to pile up.

Brownlow medallist Matt Priddis showed his class by scooping up a ball and kicking truly.

And by the time Shuey burst clear of the pack for a running goal late in the term, West Coast led by 22 points.

North Melbourne needed some early goals in the last quarter to stay in the contest.

Instead, a bad Waite turnover led to a Mark LeCras goal, all but ending the contest.

“It feels a bit surreal to be honest,” Eagles coach Adam Simpson said of reaching the grand final.

“But full credit to the players and how they handled it tonight.

“It was a big occasion with a young group. We were down at quarter time, so to respond the way we did, I’m really proud.”

However, Kangaroos coach Brad Scott refused to blame the umpires.

“It’s the rub of the green stuff,” Scott said.

“Our game’s the hardest game in the world to umpire.

“But we never sit back and say the umpires cost us the game, because that would be unfair on them, unfair on West Coast, and it wouldn’t be true.”