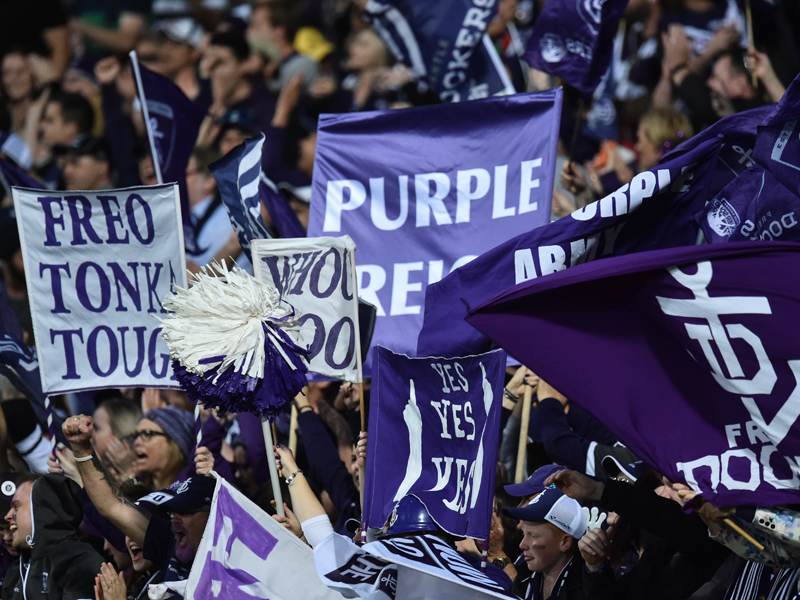 The woman allegedly struck by an enraged man at last night’s AFL preliminary final has broken her silence on the incident.

A 24-year-old man from Joondanna has been arrested over the incident, charged with common assault, obstructing a police officer, and disorderly behaviour in a public place.

On Saturday afternoon, Perth Stadium Management – the company that runs Domain Stadium – said the man had been banned from the venue for life.

In a statement, PSM general manager Gavin Taylor said the victim had been invited to Saturday night’s final between West Coast and North Melbourne as a guest of the AFL.

“Perth Stadium Management are committed to providing a great fan experience to all people at attend Domain Stadium,” Taylor said.

“All of our staff working at our licensed areas have responsible service of alcohol certification.

The 38-year-old victim, known as Sarah, had allegedly asked the man to tone down his language.

Sarah says patrons had asked event staff to eject the man before the alleged assault occurred.

“For some reason that didn’t happen straight away,” she told Triple M.

“When he started walking towards me I knew I had to stand between him and my kids. I said, ‘mate, you need to sit down, you are ruining it for the children here’ and he said ‘I don’t give a ‘f’ about the kids, I’ll smash anyone who comes near me’.

“I said, ‘just take a seat, watch the rest of the game, you are really scaring my kids’. He said, ‘I don’t give a ‘f’ about your kids, I’ll smash them too’. And that’s when he (allegedly) struck me to the throat.

“It was the webbing between his thumb and first finger, like a choking hit.”

AFL chief Gillon McLachlan has condemned the incident, making an apology on behalf of the sport.

“It was completely unacceptable and doesn’t represent our game in any way,” McLachlan said.

“Violence in any form is not tolerated at our game. When I see a man striking a woman it makes me incredibly angry.”

The incident came just a day after new Prime Minister Malcolm Turnbull labelled violence against women as “un-Australian” during the launch of a $100 million domestic violence package.