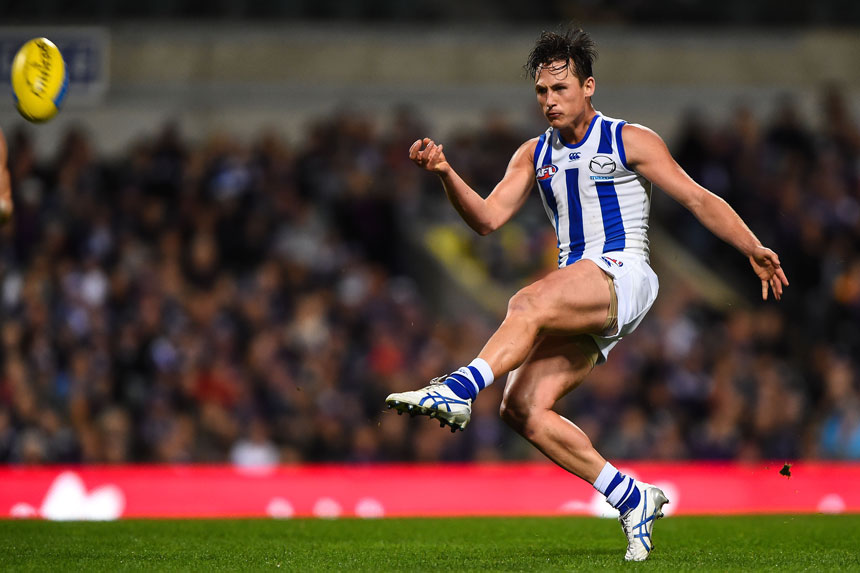 Who could imagine the two 2014 grand finalists, in Sydney and Hawthorn, with their backsides on the canvas so early?

Sydney has never looked like the 2015 premier, never soared like it did through the home and away games last year, and now it has critical injuries and illnesses that are biting hard.

Yet the Swans and the Hawks are not among the top three clubs of the past 15 years for no reason; in Perth last week, they lost Sam Reid but still would have beaten Fremantle had they converted better.

• Jason Akermanis: Why Hawks can still do the three-peat
• The man who built the Western Bulldogs
• AFL finals week one: what we learned

At Homebush, where the final against North Melbourne is to be played, they are 8-1 in finals.

The big issue for Sydney will be curtailing North’s trio of tall forwards – Drew Petrie, Ben Brown and Jarrad Waite.

Ted Richards, Heath Grundy and Dane Rampe hold the fate of their club in their steady hands.

So, who does the human blanket Ben Jacobs go to?

If he can manage anything close to that against one of Sydney’s key on-ballers, North Melbourne might be on the way to a groundbreaking win.

I think he will go to Dan Hannebery, who has had a great season.

When Jacobs began this succession of strong games as a defensive midfielder, it was against Hannebery earlier this year.

He has great concentration and athleticism, perfect for the task.

Alternatively he could go to Josh Kennedy – but that would be a very bad move.

Kennedy was a monster against Fremantle and has had 11 consecutive 30-disposal games.

Taggers don’t make much difference to Kennedy, a stoppage animal. Hannebery could be in for a long night. North need to get that decision right.

As for the Hawks, are they shot? Not necessarily.

Obviously there is no wiggle room left, though.

The Hawks would be compelling if they could get to a grand final against West Coast at the MCG, where they play such great football.

They would have regained some confidence and they would be playing a team on the road.

The problem is getting there, which requires beating Adelaide this week and then Fremantle at Subiaco.

If 2014 was a remarkable premiership with all that happened, this would be epic.

Going the long way by losing the qualifying final was done twice in relatively recent times, by Sydney in 2005 and West Coast in 2006. Plainly it adds one more brutal contest to the equation, which is why it is uncommon.

One newspaper this week published a graphic with all Hawthorn’s 30-somethings, suggesting this was an issue.

The problem with that argument is that most of those players are flying.

Adelaide can expect a reaction from Hawthorn, a warrior team from a great club.

The Crows are brave, to be sure. They were bold and frenetic to the end against the Bulldogs, right to the play of the season when Taylor Walker created the clinching goal for Charlie Cameron in the last few seconds.

I don’t envisage they will change too much but it is a highly dangerous policy to open up any game against Hawthorn, the heaviest-scoring team in the competition. The Hawks tend to lap it up.

They average 17 goals a game but they can easily do 25 if you don’t defend against them.

Even with Jack Gunston missing, the Hawks have a lot of scoring options.

The Crows will need to tweak their method slightly, or they could be smashed.

Tipping hasn’t been easy in recent times, with so much depth in this finals series.

But I fancy Hawthorn to respond to their predicament and win.

Sydney is highly vulnerable, too, but home advantage might be worth a goal or two, and the Bloods’ spirit seems to be alive in the clinches. The Swans by a fingernail. This could be North Melbourne’s deadly mistake