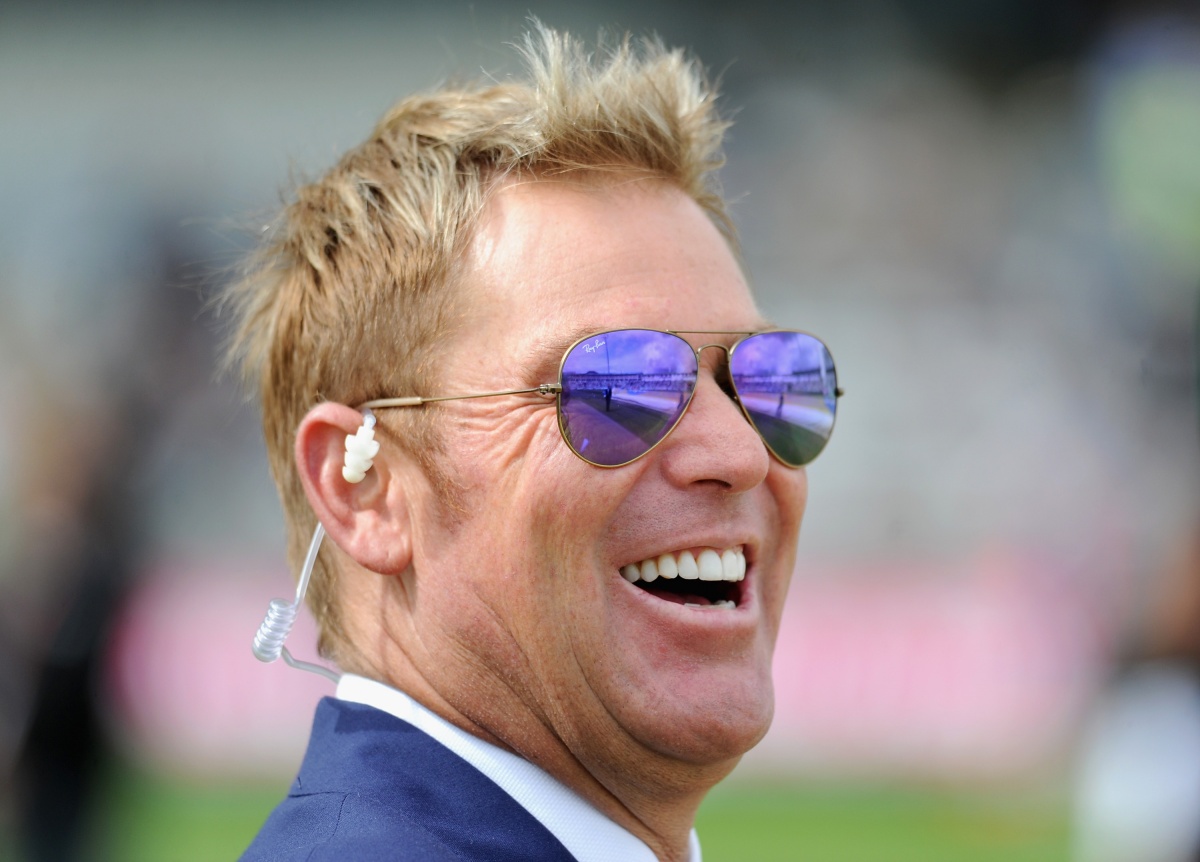 Australian cricket great Shane Warne has taken to Twitter to defend those who boo former Australian of the Year Adam Goodes at AFL matches, declaring that “it’s nothing to do with being racist”.

Avid St Kilda fan Warne joined the controversial debate over the treatment of the Sydney Swans’ Indigenous star on the day the Swans warned that Goodes may be forced to quit the AFL.

“This whole Adam Goodes drama is ridiculous. The public can boo or chant whoever’s name they want! It’s nothing to do with being racist….” Warne wrote.

“If the public don’t like a sportsman because of the way they play the game, they boo, if they like them they cheer, nothing to do re racism.”

In 2014 Warne also used Twitter to accuse Goodes of staging for free kicks, before later writing on the social media platform he was “shocked” to learn the veteran player had been named Australian of the Year.

The debate over whether the incessant heckling of the dual Brownlow Medallist Goodes has racist undertones has divided the Australian sporting community, with many calling for it to stop immediately and some prominent figures say it is all part of watching sport.

Another Brownlow medallist, former Lions player Jason Akermanis, said on Thursday that Goodes should “stop looking like a sook and stop making it about him in this sense, and also he should stop trying to play the victim”.

This whole Adam Goodes drama is ridiculous. The public can boo or chant whoever’s name they want ! It’s nothing to do with being racist….

If the public don’t like a sportsman because of the way they play the game, they boo, if they like them they cheer, nothing to do re racism — Shane Warne (@ShaneWarne) July 30, 2015

The Cowboys captain’s show of support for the embattled AFL star says a lot about the man, his North Queensland co-captain Matt Scott believes.

“He (Thurston) is very proud of his Indigenous heritage. He’s been quite open about that ever since I’ve known him,” Scott said on Thursday.

“I love the pride he takes in it. He’s done a lot of stuff with his family about going back and learning more about his past and his family’s past.

“It says a lot and there’s a couple of guys who are planning on doing it, good on them.”

This crosses the line: Baird

New South Wales Premier Mike Baird also entered the debate on Thursday, saying the booing of Goodes had to stop.

Mr Baird said it was “totally unacceptable” that the situation had led one of the AFL’s great players to consider not wanting to “lace up his boots”.

“There is a place for good-natured heckling in Australian sport,” Mr Baird wrote on Facebook.

“I’ve booed a few Queensland league players in my time (Wally Lewis comes to mind). And some may argue that the line between good-natured and malicious heckling can be fuzzy.

“But there is nothing fuzzy about this. The line has been crossed.”

Mr Baird said good sportsmanship was something Australians prided themselves on.

“The relentless booing of Adam Goodes breaks this spirit of good sportsmanship,” he said.

“It must stop. Goodsey, I hope you feel the waves of support from the many thousands of supporters that have got your back. I can’t wait for you to get back on the field.”

Adam Goodes is an incredibly talented footballer. He is a passionate advocate for his people and his country. He has…

Sydney Swans CEO Andrew Ireland said he believed the former Australian of the Year would return to the field, but he could not be certain.

“My gut feeling is he will want to play but he’s doing some contemplating,” Ireland told reporters in Sydney.

“I think he will come back and play through the remainder of the season, but to be frank I couldn’t be certain about it.”

Coach John Longmire said the ongoing crowd taunts had taken a toll and it was not until you spoke to Goodes that you understood how distressed he was.

Asked if he was confident Goodes would play on, Longmire said: “Yes, but I can’t give any guarantees.”

Ireland said there had been no mention of retirement at this stage.

“No-one at the club in the discussions we’ve had with him has talked about retirement – it’s simply been he needed some time away from footy,” he said.

The Swans boss said he did not agree with comments that Goodes was “playing the victim card”.

“I think there are commentators who make those types of comments and I think they constantly play the race card in a lot of things they say,” Ireland said.

“The whole thing’s been a disgrace. For a talented player such as Adam – he’s a fantastic player, a fantastic person, the amount of community work he does … the fact people don’t like him making some comments around Indigenous people, to me, is the reason why he’s copping what he is.”