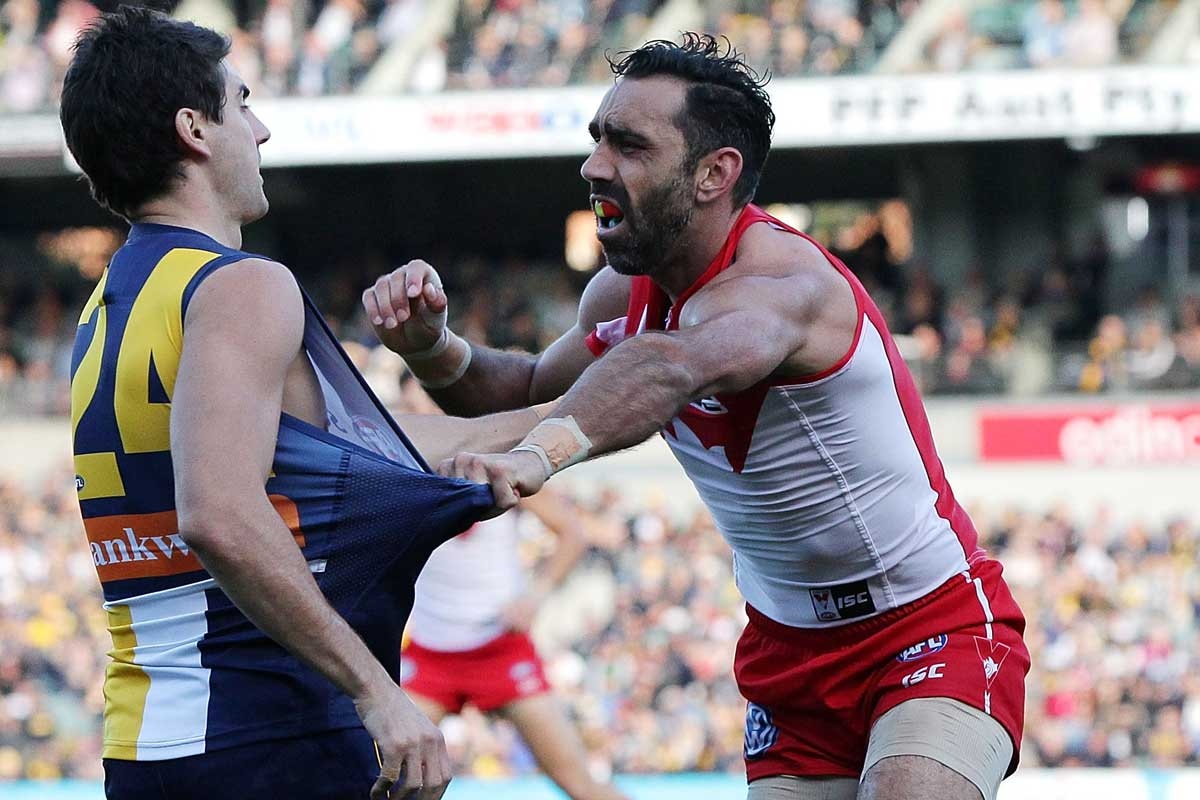 A number of high-profile Australians including MPs, sports stars and musicians have spoken out about the Adam Goodes booing controversy.

• Enough is enough. It’s time to stop booing Goodes
• Why every AFL player should stand with Goodes
• Goodes booing a shameful period: Whateley

WHAT THEY ARE SAYING ABOUT THE ADAM GOODES CONTROVERSY:

NSW Premier MIKE BAIRD: “Some may argue that the line between good-natured and malicious heckling can be fuzzy. But there is nothing fuzzy about this. The line has been crossed.”

Sydney co-captain KIEREN JACK: “As football players you can almost come out to the football field and escape a lot of issues and problems that you have.
“For Adam, he doesn’t see that as an option. It’s something he can’t get away from at the moment and it’s really upsetting to see it.”

Former Sydney teammate TADHG KENNELLY: “There’s only so much an individual can put up with … very few people have asked `How is Adam?'”

Sydney CEO ANDREW IRELAND: “I agree with commentators who make the point that the reason people are having a go at Adam and the booing emanates because he’s not a quiet Indigenous person who sits in the corner. He’s got a view.”

Goodes’ former coach PAUL ROOS: “To say we boo him for staging for free-kicks and because he whinges – he’s been playing for 17 years… I think if you boo this week, it’s pretty obvious what your thoughts are.”

Port Adelaide coach KEN HINKLEY: “When you see what it is doing to Adam, you have got to be able to stand up and understand that is somewhere we shouldn’t go.

NRL superstar JOHNATHAN THURSTON: “For many years the NRL has looked towards the AFL as the leader in sport in the country and I think on this issue the NRL is far beyond the AFL on this.”

Former St Kilda coach GRANT THOMAS: “This has the potential to be a train crash for lots of people over a very long time. Adam has the power to turn it around into a positive and provide the leadership we expect from an Australian of the Year – I know he has the courage.”

Ex-Brisbane player JASON AKERMANIS: “Adam Goodes has got to stop looking like a sook and stop making it about him in this sense, and also he should stop trying to play the victim.”

Richmond coach DAMIAN HARDWICK, on his club showing support by wearing their Indigenous round guernseys: “We have all had enough, and I’m pleased our club will make an important statement on Friday night.”

Race Discrimination Commissioner TIM SOUTPHOMMASANE: “Many may be joining in with the booing because they are seeking to put a proud Aboriginal man in his place because he has dared to speak out on issues touching on race.”