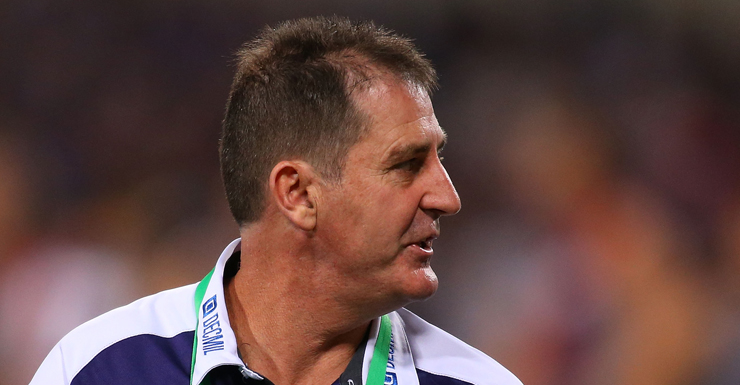 Fremantle has shot to outright favouritism to win this year’s AFL flag – but it’s best not to mention it around coach Ross Lyon.

The Dockers’ ageing list was tipped by many experts to slide down the table this season.

But they are now two games clear on top of the table with a perfect 6-0 record after beating Essendon by 28 points at Domain Stadium last night.

Fremantle’s hot form has seen it shoot past Hawthorn, Sydney, and Port Adelaide into outright favouritism to win the premiership in most betting markets.

Hawthorn is second favourite despite its flagging form, with the defending champion sitting at 3-3 following the shock loss to GWS.

Lyon became a tad testy on Saturday night when the subject of his team’s premiership favouritism was brought up, and he has good reason to be apprehensive.

“The reality is it’s round six. Nothing has been achieved. It means nothing,” Lyon said.

“I hear bookies’ markets, and people were writing different stories for us at the start of the year.

“The stories change externally from week to week. We don’t get caught in that yo-yo. We’ll continue to write our own story.

“We’re going to have some challenges and some lapses and some opposition that get hold of us.

“We’re very level. We know if we lose two or three in a row what the headlines will be.

“We’re all big boys. We understand the industry we’re in and that’s about Ws and Ls.”

Essendon have now played Hawthorn, Sydney, and Fremantle this season, and coach James Hird reckons the Dockers have been the best so far.

“At the moment they’re the yardstick of the competition, and they’ll take some beating,” Hird said.

“And they have some exceptional one on one players. It’s hard to find match-ups for all of them.”

The Dockers were irresistible against the Bombers for the first three quarters, opening up a 55-point lead before fading in the final term as they heavily rotated their defence.

Veteran Luke McPharlin missed the game because of calf soreness, but the Dockers are hopeful he’ll return for Sunday’s clash with the Bulldogs at Etihad Stadium.

Hird will consider making even more changes than that after his team’s error-riddled display against the Dockers.

“We’ll look to freshen our side up and find guys who want to win the contest and use the ball better,” Hird said.

Defender Mark Baguley could miss the match after being reported for his high bump on Michael Barlow.