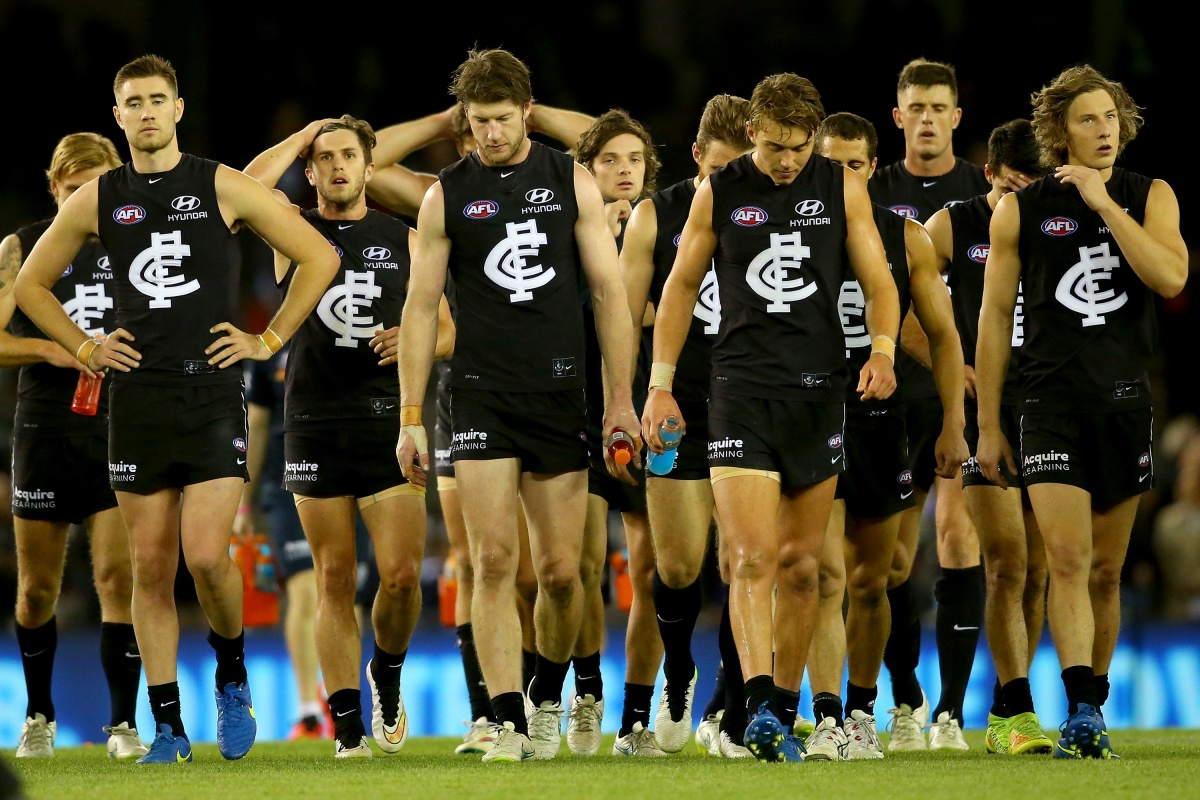 The shocks kept coming in the AFL on Sunday as underdogs West Coast and Brisbane trumped Port Adelaide and Carlton respectively.

Carlton’s failure to beat the previously winless Lions will add to speculation about Mick Malthouse future, while a depleted Eagles team overran the Power.

West Coast kicked seven of the last 10 goals to upset Port, who slipped to a three-three win-loss record.

The Eagles came from three goals down late in the second term to over-run Port, who largely relied on Robbie Gray’s 25 disposals and three goals.

West Coast’s five-point lead at three quarter-time could have been more with spearhead Josh Kennedy missing a routine set shot after the siren.

But Eagle livewire Shuey kicked two final-term majors to ensure the visitors held off their hosts.

Earlier in the day, Carlton’s season hit a new low with the Brisbane Lions defeating the slumping Blues by nine points at Etihad Stadium.

The Lions were anchored to the bottom of the ladder without a win going into the clash, but scored five unanswered goals late in the match to set up the 12.12 (84) to 11.9 (75) victory.

Tom Bell, who was outstanding for Carlton with 26 disposals, sliced the margin to just nine points with under five minutes left, but the Blues spurned chances to snatch the win in the frantic final minutes with Levi Casboult and Liam Jones sending shots at goal wide.

Neither team was able to break the game open in a tight first half that was riddled with turnovers and skill errors from both sides.

In his first game back from a shoulder injury, Dale Thomas provided a rare highlight with a towering mark in the second quarter that ended with his side six points in front.

The Blues extended that lead to 15 points in the third quarter, but Brisbane answered the challenge with Green adding two goals to send his side into the last quarter with an eight-point lead.

Christensen and Tom Rockliff extended the margin to 21 points with early goals, that proved too much for the Blues to run down despite a late rally.

Young Lion Nick Robertson was involved in a scary incident in the third term when he clattered into the advertising signage. He was taken from the field on the cart, but was later cleared to return.