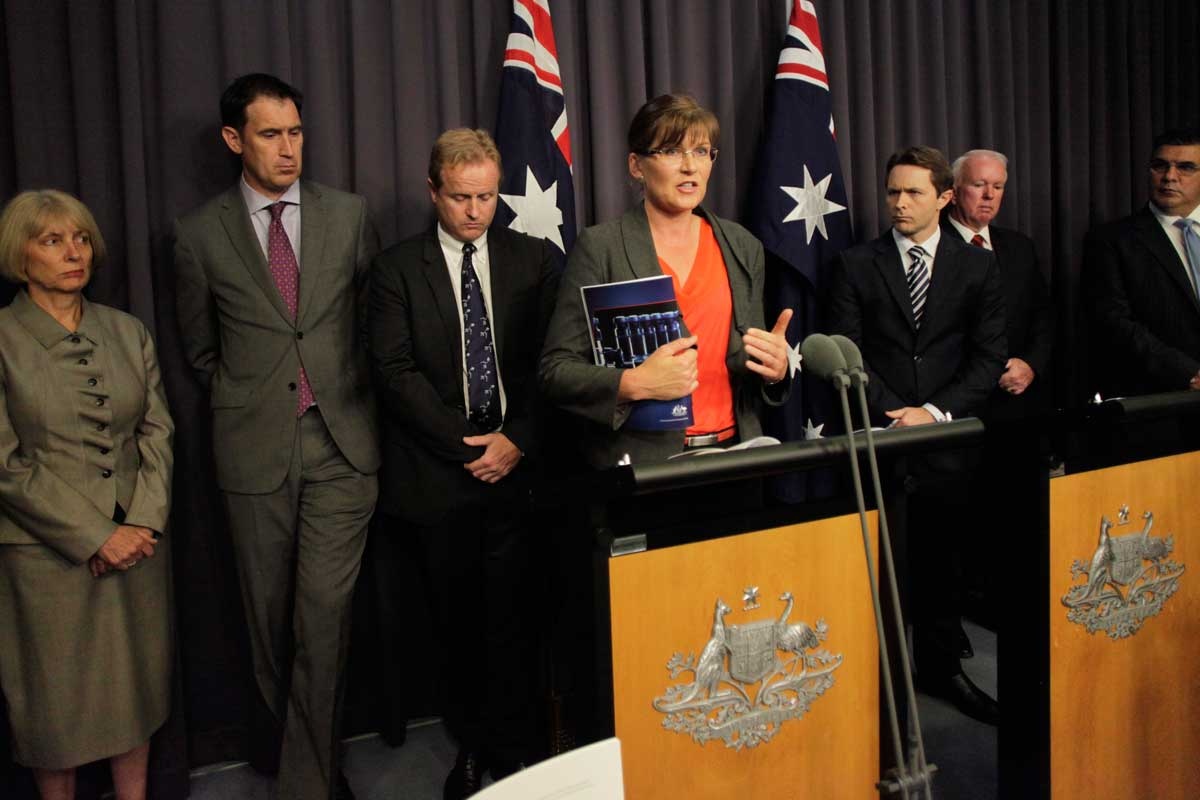 I wonder if history will record this moment in the evolution of the Australian Football League, and Australian sport in general, as a time of unprecedented panic.

A state of alarm that has less to do with the intake of substances forbidden under codes laid down by ASADA and WADA than with the fury swirling around the investigations of their alleged consumption. One that has the long shadow of Lance Armstrong cast across it.

The once-acclaimed cyclist denied for well over a decade that he’d taken performance-enhancing substances, despite the efforts of crusading journalists – most notably former professional cyclists and sports writers Irishman Paul Kimmage and Frenchman Christophe Bassons – to nail him.

• Time ASADA cut its losses and moved on, AFL should apologise
• ‘All we wanted to know was the truth’: Watson
• Players the only ones vindicated: Gerard Whately

Even though Armstrong had repeatedly tested positive between 1996 and 2010, he somehow managed to avoid suspension until, on August 24, 2012, the US Anti-Doping Agency (USADA) decided to erase his entire career after August 1998. Soon afterwards, the International Cycling Union (UCI) stripped him of his seven Tour de France victories and banned him for life from professional cycling.

It was promised that “criminal charges would be laid” as a result of the ongoing investigation, known as Project Aperio (borrowing its name from the Latin word meaning “to open or set forth”), and that “clear parallels” would emerge between its work and USADA’s investigation into Armstrong.

“Don’t underestimate how much we know,” Clare announced ominously, suggesting to sportsmen that “if you are involved in this, come forward before you get a knock at the door”, and adding that the revelations would “disgust Australian sports fans”.

More than two years on, it would appear that – to be polite – Project Aperio’s aspirations have far outweighed its achievements.

Not that anyone would know this from the kind of hysteria that has accompanied ASADA’s investigation of what went on at Essendon during the program overseen by sports scientist Stephen Dank during 2012.

Certain sections of the football media have whipped up a public frenzy with their own program of rumour, innuendo, beat-up and character assassination that has turned the investigation into a witch-hunt.

I suspect that, as they went to sleep at night, some of them were casting themselves in the mould of Kimmage and Bassons, wondering who was going to play them when the movie got made, mistaking the loudness of their voices for the hard work of serious investigative journalism, deploying cheap rhetoric for reasoned argument, shouting down any disagreement with their conclusions, and being given free rein by editors unwilling or unable to call them to account.

While some of their colleagues have been noticeably more measured in their pursuit of the truth, others have joined the lynch mob, metaphorically urging their readers to help them find a rope. Which, alas, many dutifully and mindlessly proceeded to do. Some are still looking.

Since the case against 34 Essendon players accused of having Thymosin Beta 4 injections collapsed, the mob appears to have gone into denial.

Shame on those who are guilty of whipping up the hysteria, whether it’s to win an election, sell a newspaper, or simply serve the needs of a fragile ego.

“Not Guilty is Not Vindication,” shrieked an editorial, just in case we were confused.

A finding that might have allowed for some respite has instead, it seems, simply further fuelled the fire. The hysterical mood established locally by that infamous press conference continues.

Yet is there any indication that we need to be concerned that the use of performance-enhancing drugs is rife at AFL clubs?

In 1997, before ASADA even existed – it was established in 2006 – Richmond’s Justin Charles tested positive and was suspended by the AFL for 16 matches.

In November 2013, St. Kilda player Ahmed Saad was sent to Coventry for 18 months after testing positive for an ingredient in a powder that was banned for use on match day. He reasonably claimed to be unaware that he’d done anything wrong.

Last month, Ryan Crowley of the Fremantle Dockers was provisionally suspended after testing positive in September 2014 for a forbidden substance apparently contained in a pain killer.

Last week, Collingwood’s Lachlan Keefe and Josh Thomas tested positive and have also been provisionally suspended. I’ve deliberately excluded the 34 Essendon players here because they have been exonerated.

So that makes five cases in 18 years, even if, doubtless, others have gone undetected. But five is hardly a rationale for panic.

Each of them is a cause for concern and to be forewarned about a problem is to be forearmed in dealing with it. Clearly there needs to be policies in place to police any transgressions, although blanket rules about culpability hardly inspire confidence in any system that imposes them.

It’s easy to say one is responsible for what goes into one’s body – to anybody – but very difficult to avoid inadvertently consuming unwanted substances.

Especially since seeing documentaries from Food, Inc. (2008) to Damon Gameau’s That Sugar Film (2015), I’ve become the bloke in the supermarket aisle poring over the listed contents labels on food packaging, or in the restaurant unashamedly grilling the waiter about what unrequested ingredients are being served up along with what’s officially on the menu.

And I’m including there not just how the food was prepared, but what the farmer fed to the cow and how his or her crops were grown.

In short, I’ve learned that it’s no more likely that I’m going to find out exactly what I’m eating than I’ll know what chemicals make up my forthcoming ’flu injection.

And while footballers might be warned about what they can consume and what they can’t, they can’t know everything. They’re going to make mistakes, but accidental consumptions of forbidden substances – even if they’re mistakenly taken along with “recreational drugs” – are very different from premeditated attempts to cheat.

So shame on those who are guilty of whipping up the hysteria, whether it’s to win an election, sell a newspaper, or simply serve the needs of a fragile ego. In my view, it’s time for everyone to take a Bex and have a good lie-down.

Drugs in sport: why we all need a good lie down