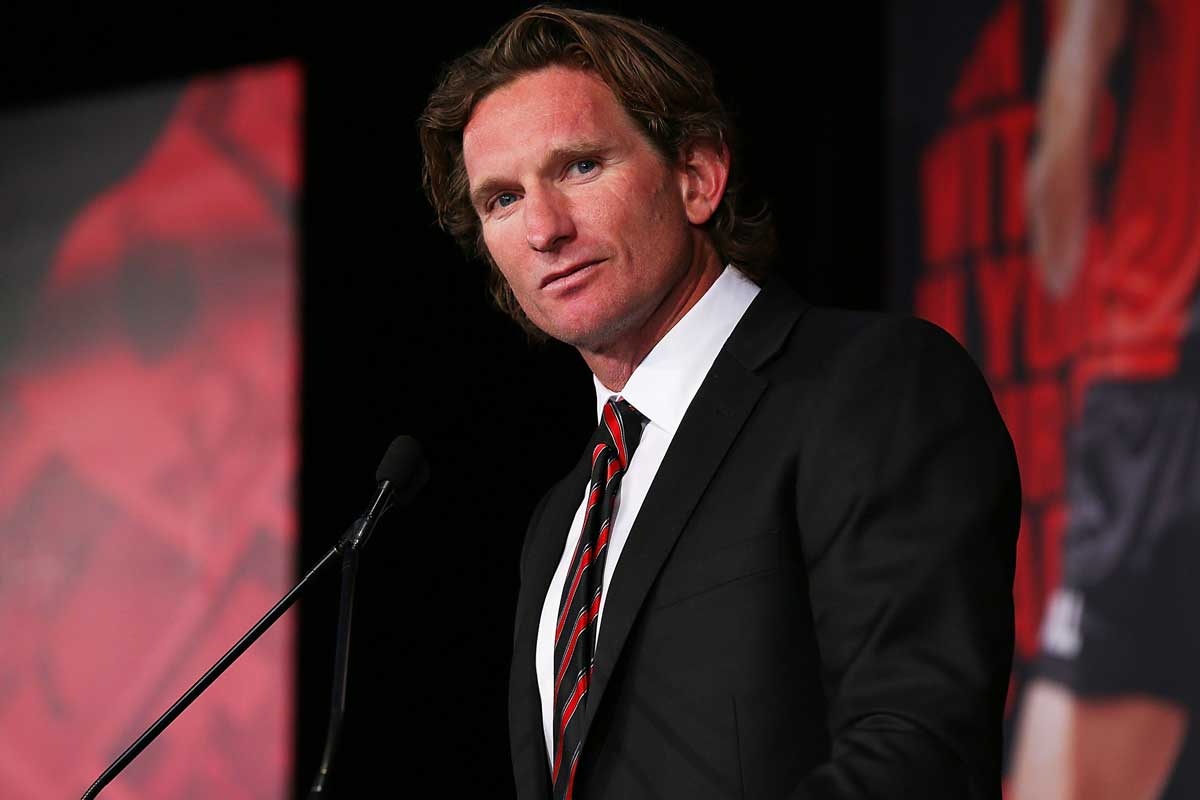 As I write, the football world awaits the results of the charges levelled against 34 current and former Essendon players and “one former Essendon employee” in what has become known as “the Essendon supplements scandal”.

However, whichever way the worm turns, the verdict is unlikely to change anybody’s mind.

If it’s “guilty”, those who have argued for the innocence of the accused will doubtless charge that the process is flawed. That it hasn’t been a case proven “beyond a reasonable doubt”, and that the finding has, instead, been based only on the sitting tribunal’s “comfortable satisfaction” that the players and the employee have transgressed.

• The three men who will decide the future of footy
• Fire and ice: Kerr and Cousins need to find their way
• Hawks gunning for historic AFL treble

On the other hand, if the verdict is not guilty, those who have prejudged the Essendon club’s culpability on the basis of the media coverage (for how else has anyone received information about the case?) will doubtless respond that such a result came simply from a lack of evidence, and that Essendon has “got away with it”.

Given the way the saga has unfolded since February 7, 2013 – setting aside what might or might not have occurred during the preceding hours, days and weeks – it might be appropriate at this point to consider some questions about the process of the investigation and the way it has been covered by the media.

One obvious one is to ask why the accusers aren’t required to prove their case “beyond a reasonable doubt”.

The mere fact of the difference between this and what takes place in criminal courts throughout the democratic world would appear to attest immediately to a flawed process.

Its defenders will (and do) say that, given the limited resources available to ASADA (and, indeed, WADA), it’s a necessary compromise in the ongoing and vital task of ridding Australian sport of performance-enhancing substances.

However, those charged and found to be possibly or probably guilty are unlikely to find much comfort from the rationale that it was the best their accusers could do under their current funding circumstances.

While this particular issue has been largely ignored by the media and its implications remain to be properly fleshed out – perhaps by an appeal to a higher court somewhere down the track – the ASADA investigation into Essendon’s allegedly felonious supplements program has exposed a serious fault-line in a particular strand of contemporary Australian journalism.

What once used to be the way tabloid journalism defined itself – sensationalised reporting with big-banner headlines; the kind of editorial rush to judgment that has become the stock-in-trade of radio shock-jocks – has infected mainstream journalism and is nowhere more clearly in evidence than in its coverage of the Essendon/ASADA saga.

Some sports writers have appointed themselves judges and juries and, given their venom, are also standing in line to act as executioners.

But instead of being widely condemned for their efforts to short-circuit the properly instituted process of investigation-charges-verdict-punishment, they have in fact been celebrated for it, even receiving awards for their coverage.

Yet they’ve provided little substantial information, selectively used material that has become public (like the testimonies in the Supreme Court case), created a general air of panic about injections, drawn heavily on self-serving leaks by the AFL, ASADA, Essendon and the so-called “Hird camp”.

They’ve even got particular details wrong, and regularly confused the distinction between “recreational drugs” and “performance-enhancing substances”.

As is so often the case when the media goes over the top in its coverage of particular issues – a problem created as much by editors and publishers as it is by self-aggrandising journalists – public hysteria is the result.

Ill-equipped to do the kind of investigative work required to run a case, especially at a time when resources have been savagely cut and the need to hype up a headline or generate a “click” is a number one marketing priority, some reporters stand accused of either initiating a witch-hunt, or, as part of the pack mentality which so often subverts responsible reportage, joining it.

They seek out quotes from individuals who are connected directly or indirectly to an issue and who can be relied on to shoot off their mouths – administrators, coaches and others – turn them into spokespersons for the campaign they’re waging, and then run headlines drawn from what they say as if it’s the latest news.

It’s a cheap practice and deserves to be condemned.

“Most of the football world knows that the Essendon players were doped and duped,” wrote one award-winning journalist, presuming thus to dismiss the voices of outsiders (like me) who must be in denial if they don’t accede to the assertion’s apparently irresistible alliterative articulation.

So how does “the football world” know this? Evidence? OK, where is it? Blood tests suggest that nobody at Essendon took anything illegal. Word around the traps? In other words, gossip. Leaks? In which case we need to ask if they come from conscientious whistleblowers or individuals with vested interests?

We need ASADA and WADA to work. We need to investigate the use of performance-enhancing substances in any kind of Australian sport, be they muscle-building steroids or “pain-killing jabs”.

But we also need to see that justice is done.

The law of possibility or probability rather than the notion of guilt beyond a reasonable doubt should not, I believe, be the modus operandi at its tribunals.

And we need newspaper editors to behave responsibly, to demand rigour and discipline from journalists and to require them do the hard work required for serious investigations.

The worst thing to happen out of all of this would be, for whatever reasons, for the probing of the use of prohibited substances and the noble practice of journalism to be discredited by what has taken place around the AFL over the past couple of years.