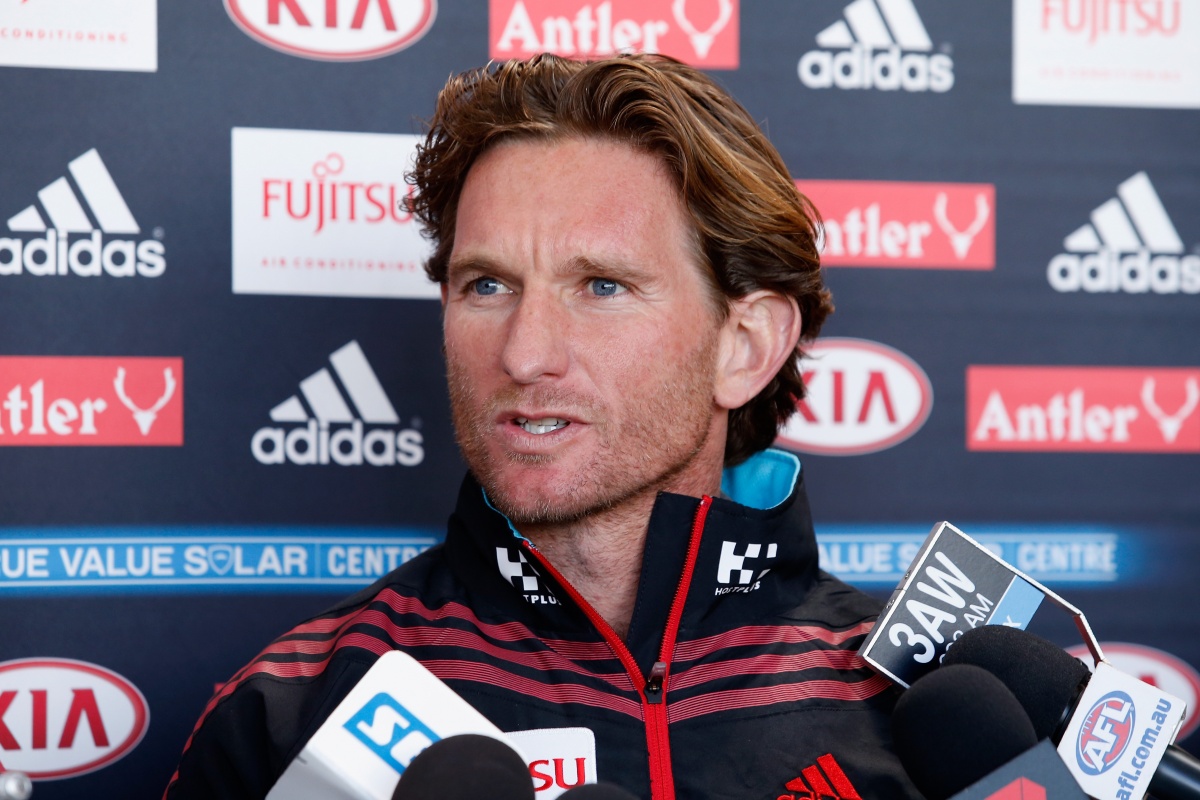 February 7, 2013, was the date: the blackest day in Australian sport.

“Don’t underestimate how much we know,” warned then-Justice Minister Jason Clare, declaring organised crime figures had pervaded professional sport and were involved in the distribution of performance-enhancing drugs.

Where do we stand now, almost two years later? On Friday, Essendon coach James Hird’s appeal against the Federal Court’s decision that ASADA’s investigation into the club was legal was, as widely expected, rejected.

It still remains open to him to take his appeal to the High Court.

Meanwhile, the anti-doping hearing against 34 present and past Essendon players’ alleged use of banned substances continues, with the independent tribunal adjourning to consider its decision, slated for February 18.

Over the past two years, much media time has been devoted to the case. Yet exactly how much do we actually know? Given the tenor of their conversation, some newspaper columnists appear to have enough information to draw clear-cut conclusions.

Yet, aside from Chip Le Grand’s coverage in The Australian and the general reporting of the original Federal Court hearing last September, no substantial information about what took place has emerged.

There has been much surmising about Essendon’s guilt and some media questioning of how ASADA and the AFL have gone about their business, most notably by Le Grand and the ABC’s Tracey Holmes.

Many questions not only remain unanswered about the affair, but also unasked.

1. The Australian reported that Stephen Dank had sworn on oath to the Australian Crime Commission almost two years ago that no banned supplements had been given to Essendon players. He testified that he administered Thymomodulin, “an immunity booster safely given to infants”, and not Thymosin Beta 4. Is that testimony unclear or somehow suspect? How could ASADA now find any player guilty of taking Thymosin Beta 4 without Dank also being charged with perjury?

2. Given the certainty with which they have expressed their views in the media, those who have prejudged the case must have pretty persuasive evidence of his guilt. Why haven’t they passed that on to ASADA to use in its case against the Essendon players?

3. Why is it that accused athletes are required to prove their innocence rather than ASADA being required to prove their guilt? Perhaps ASADA’s (and WADA’s) processes need to be reconsidered to make them consistent with the pursuit of natural justice followed elsewhere in Western democracies? And with the rules governing other drug-enforcement agencies elsewhere in the world? How on earth does one begin proving one didn’t do something?

4. I’m not a doctor or a chemist, but I can’t understand why pain-killing “jabs” that allow players to continue in a game (and potentially do further damage to their wounded limbs) are permitted under the code. Or why it’s acceptable for injured players to visit a hyperbaric chamber to hasten muscle repair, but not take a peptide to do the same thing. If one is performance-enhancing, surely the other is too?

5. Why did then-Essendon chairman David Evans publicly concede back in 2013 that the club had been at fault, in the process apparently disregarding advice from personnel that they hadn’t contravened any of ASADA’s or WADA’s rules. And precisely why did he subsequently resign?

6. What role did the AFL play in Evans’ decision to invite Dr. Ziggy Switkowski to set up a report into the club’s practices? If it was involved, what outcomes did it anticipate? (Despite the constraints under which it was operating, listed in Dr. Switkowski’s preamble to the report – notably the parallel investigation by ASADA and the AFL, the unavailability of key personnel for interview and the author’s conceded lack of knowledge about “performance enhancing and image enhancing drugs, their delivery processes, and legitimacy for elite sportspeople” – its findings provide the only reasonable account we have so far of Essendon’s player conditioning programs.)

7. Is it now time for AFL club leaders to demand a proper, independent investigation of the AFL Commission’s ongoing conduct in the case. Perhaps along the same lines as the Switkowski report?

8. What exact chain of events and influences led to James Hird’s suspension? Why did he accept that suspension (ostensibly for “bringing the game into disrepute”, although, curiously, the deal was that this would be withdrawn when he agreed to accept the punishment) rather than challenge it in court? Why did lawyer Julian Burnside, representing him, then describe his conduct in the situation as “heroic” and “courageous”?

9. Why did the AFL decide – according to emails tendered as evidence in the initial Federal Court hearings – to target Hird as the fall guy for Essendon’s perceived misdemeanours?

10. Why did Hird persist with his case in the Federal Court against ASADA and the AFL? What outcomes might have resulted had he been successful? An end to the ASADA investigation? Compensation for the club over penalties imposed by the AFL? Compensation and/or exoneration for him personally?

11. Why did Essendon under chairman Paul Little not only decline to be involved with the appeal but also suggest that Hird should forget the matter and move on?

12. What exactly was the chain of command at Essendon while the injection program was going on? It’s often mistakenly believed that AFL coaches run their clubs, when, in fact, as in any business, it is the chairmen at the behest of their boards who do this. Over the years, many coaches have given a celebrity face to their clubs (Barassi, Parkin, Jeans, Sheedy, Malthouse, Buckley, Hird), and they’re often powerful forces, but they’re also subject to the constraints imposed on any employee.

13. On the basis of the shambles that this case has become, for whatever reasons, might it not be better for ASADA in the future to (a) function in accordance with the principles of natural justice, (b) remain transparently independent of the sporting bodies it is investigating, (c) be properly funded and staffed by experts in the field, and (d) provide information about its operations only via public statements?

14. Again, on the basis of the shambles that this case has become, might it not be better for the AFL in the future to (a) be more transparent in its dealings with clubs and players, (b) exercise proper control over the activities of its commissioners, (c) place the interests of clubs and players ahead of its “brand”, and (d) avoid interfering with, or the appearance of interfering with, any legal investigations of the conduct of the clubs it is collectively representing?

15. And last but not least, on the basis of the shambles that this case has become, might it not be better for the Essendon Football Club to maintain proper and complete records of its programs by backing up the files (apparently) kept by its employees?

So many questions, so few answers