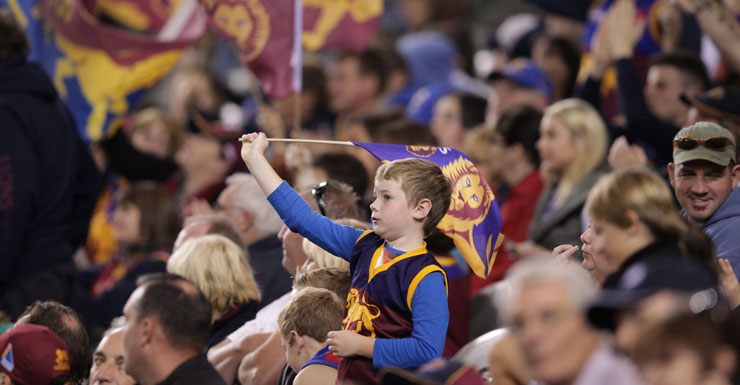 Children will have free admission to Sunday games at the MCG and Etihad Stadium next season as the AFL continues its charm offensive.

The league has also announced a general admission price freeze and it will not continue fully-reserved seat matches and match classifications during the premiership season.

The only fully-reserved game will be the Essendon-Collingwood Anzac Day blockbuster at the MCG.

AFL chief executive Gill McLachlan said when he was appointed earlier this year, that one of his key goals was to make the league more fan-friendly.

The ticketing changes will also feature the AFL working with Victorian clubs to work out prices for next season.

Those prices will be announced early next year.

MCG and Etihad Stadium will feature simplified ticketing and general admission tickets at all games.

Online transaction fees for Etihad Stadium will drop from $7 to $2.50.

“Our research and feedback tells us that this year’s ticketing framework posed a number of problems for those fans attending MCG and Etihad Stadium matches in Victoria, particularly in relation to fully reserved seat matches,” said AFL operations manager Travis Auld.

“Next year’s ticketing model is very much a case of going back to basics.

“The AFL and clubs are committed to removing as many obstacles as possible for those fans looking to attend AFL matches.

“Fans no longer have to worry about complex match categories and seating maps.”

General admission prices will stay at $25 for adults and $5 for children.

Auld said the AFL had worked with non-Victorian clubs for several years to set ticket prices at their venues.

Free Sunday footy for children in 2015