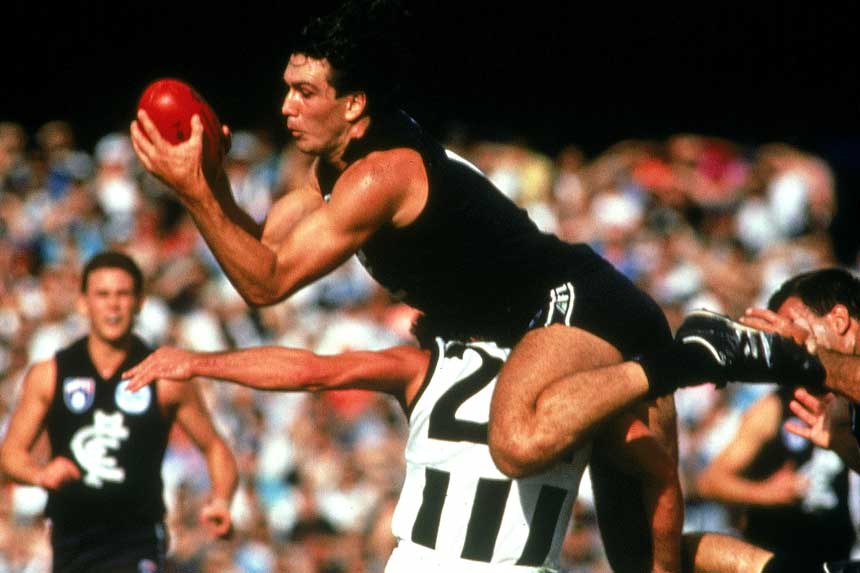 Carlton great Stephen Silvagni is returning to the AFL club that made him a household name as the Blues’ list manager.

Silvagni, named as fullback in the AFL’s team of the century, joins the Blues as General Manager – List Management and Strategy.

The appointment ends long-running speculation that Silvagni would return to Visy Park, where he played 312 games.

• AFL draft 2014: how did your club fare?
• Ahmed Saad returns to St Kilda after drug ban

Silvagni said despite his 14 years away from the club, he’d always been “a Carlton person”.

“It’s nice to be home, I love wearing the navy blue, always have,” he said.

“One day I always hoped there would be an opportunity to come back … when the club came knocking it really did tickle my fancy.”

Silvagni won two flags at Carlton, and “SOS” has vowed to instill the winning culture he left as a player.

“It bred premierships, it demanded success,” he said.

“We’re on a mission to get Carlton back where it belongs.

Silvagni has roamed the AFL since retiring as a player in 2001.

He’s been in the coaching groups at Collingwood, Sydney, Western Bulldogs and St Kilda – where he was senior assistant to Ross Lyon.

Since 2011, he’s masterminded the GWS Giants player list, in the same role as he’ll now do for the Blues.

Carlton chief executive Steven Trigg said while he expected the appointment would please Carlton fans, he was exceptionally well-equipped for the role.

“He’s perfect for it because he’s played, coached, been directly involved in list management … he’s drop dead perfect for it,” Trigg said.

“It wasn’t about contacts, friendships, Carlton background, it was about being able to get this job done.”

The son of two-time Carlton flag winner Sergio could also usher in a third Silvagni through the Princes Park gates next year.

The oldest of Silvagni’s three sons, Jack, becomes eligible for the national draft next year.

Silvagni said he would leave himself out of the decision-making process when the time for the club to consider using a father-son pick.

With Silvagni not starting in his role until January, it was left to Trigg to all but rule out major plays in the free agency market until 2017.

“We’re really jammed up in 2015, if we’re really disciplined about what we do in the next couple of years we will have the capacity to supplement the list with some experience.”