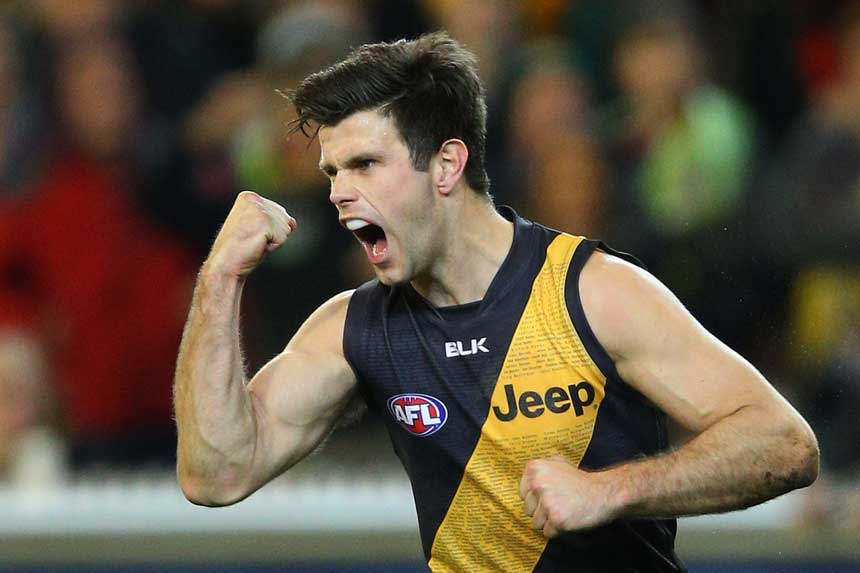 Richmond have re signed their 24-year-old captain Trent Cotchin for a further five years.

The midfielder would have become a free agent at the end of next season, surely opening him up to lucrative offers from all around the AFL.

But after weeks of negotiations the Tigers got their star man to commit until the end of the 2020 season when he will be 30.

The news comes after Richmond’s consecutive finals appearances in 2013 and 2014, their first back-to-back campaigns since the mid 1970’s.

“We are thrilled to have Trent commit to Richmond on such a long-term deal,” said Richardson.

“He has a desire to lead the playing group as it continues to mature and improve … it’s a great result that the extension has been finalised so swiftly.”

“Trent has grown into an outstanding leader of the club, while maintaining an extremely high level of on-field performance.”

Cotchin was recruited with pick two in the 2007 AFL Draft from Northern Knights in the TAC Cup.

He has gone onto play 131 games for the club with an impressive career disposal average of 23.35.

In the Brownlow Medal he has polled more than 15 votes in four consecutive counts and made the All Australian Team in 2012.