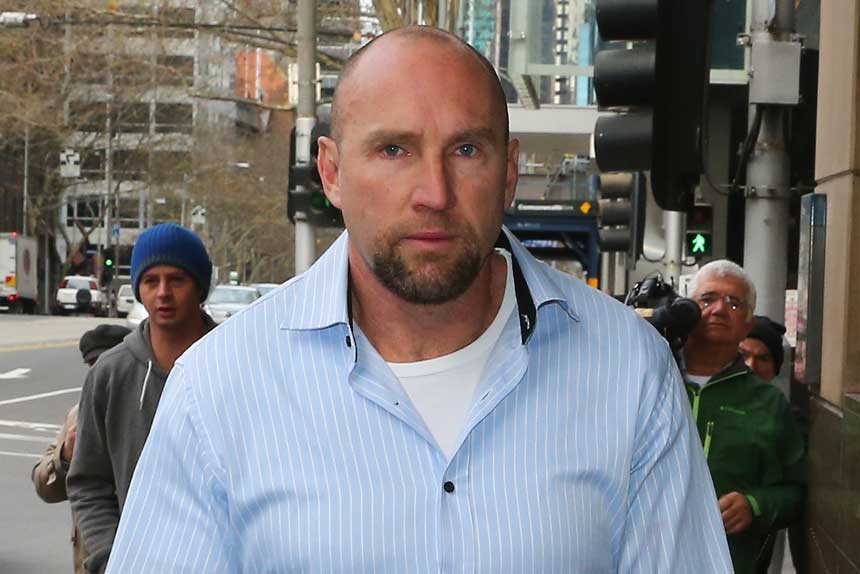 ASADA’s urgent application to compel key witnesses to appear before the AFL anti-doping tribunal has been delayed as one of them declares he will not be forced to give evidence.

The Australian Sports Anti-Doping Authority is seeking orders to compel Shane Charter and Nima Alavi to appear before the tribunal when it begins hearings against 34 past and present Essendon players on December 15.

Alavi is opposing the application.

Charter was present at the Victorian Supreme Court hearing but has not responded to the application.

Speaking outside another court, where he is facing separate drugs charges, Charter said ASADA was unlikely to get the information it needed if it compelled him to give evidence.

“I’ll do what’s legally required. However, you back someone into a corner and you’re probably not going to get a positive outcome,” Charter said.

If he and Alavi do not give evidence, it will blow a hole in ASADA’s case.

ASADA lawyer Daniel Star told the court the agency wanted to “secure” Charter and Alavi, describing them as material witnesses.

“There’s a real issue of urgency that gives rise to this application,” Mr Star said.

He told the court the agency had only become aware on Friday that Charter and Alavi were no longer prepared to give statements before the tribunal.

ASADA is also seeking a subpoena ordering documents relating to the purchase of peptides to be provided by Medical Rejuvenation Clinic, co-owned by Stephen Dank, according to court documents published by News Corp Australia.

Dank was not in court on Wednesday, but a sports doping expert told Fairfax Radio that Dank wanted to give evidence at the anti-doping tribunal hearing on December 15.

Academic Martin Hardie said he had spoken with Dank on Wednesday and he was happy to go before the tribunal.

“He believes that when his evidence is heard it will be clear that there’s been no doping,” Mr Hardie said.

“He has offered to assist the players, to give evidence and even told the tribunal that he’d like the hearing to be in public.”

Supreme Court Justice Clyde Croft adjourned ASADA’s application until December 10 saying it was important all respondents be given the chance to be heard.

“The sanctions for disobedience to a subpoena are very severe,” Justice Croft said.

Charter said ASADA only asked him to appear as a witness three weeks ago, some 18 months after the saga began.

Charter, 46, was due to appear in the magistrates court on charges of trafficking and possessing steroids and possessing a schedule four poison the same time the subpoena application was being heard.

If the 34 players are found guilty of the charges against them they face suspensions of up to two years.