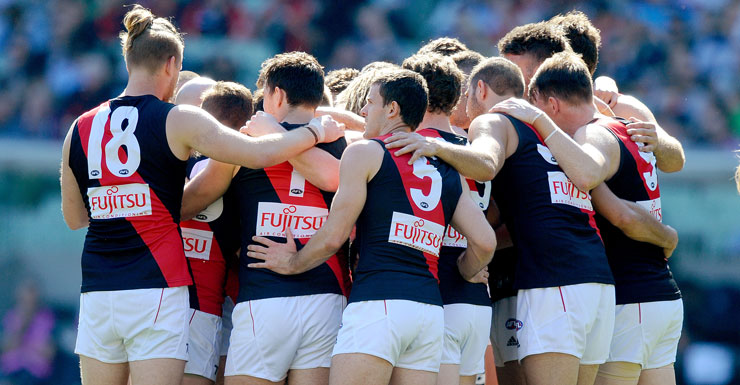 It has emerged that ASADA is unable to guarantee that Shane Charter and Nima Alavi will give evidence at the hearing, due to start on December 15.

The absence of Charter and Alavi would leave a crucial hole in ASADA’s case.

They are key figures in the Essendon supplements saga, which is set to drag into next year.

The anti-doping tribunal held a directions session on Monday morning ahead of the start of the hearings on December 15.

The plan is for the hearings to run for a few days before Christmas and re-start on January 12.

But ASADA reportedly conceded at Monday’s directions hearing that Charter and Alavi are reluctant to appear before the tribunal.

The anti-doping body has transcripts of interviews with Charter and Alavi, but they have not signed affidavits.

Charter allegedly was involved in the supply of the banned peptide Thymosin beta-4 and ASADA would claim that Alavi, a compound pharmacist, helped prepare the substance.

As a result of ASADA’s investigation, the AFL has issued infraction notices against the players, who deny any wrongdoing.

The AFL has also issued an infraction notice to a former Essendon employee, understood to be sports scientist Stephen Dank.

The anti-doping tribunal will hold another directions hearing next Monday.

“It is anticipated that the ruling on whether the hearing should be held in-camera or be open to media will be finalised and released by that date,” anti-doping tribunal David Jones said in a statement.

The tribunal also must find a suitable venue for the unprecedented hearings.

Jones, fellow former County Court judge John Nixon and barrister Wayne Henwood, a former VFL footballer, will be the panel for the hearings.

The Essendon saga broke on February 5 last year when the club announced they were coming under a joint AFL and ASADA investigation into their 2012 supplements program.

There is no indication when there will be a finding on Hird’s appeal, which could have a big impact on the AFL anti-doping appeal.