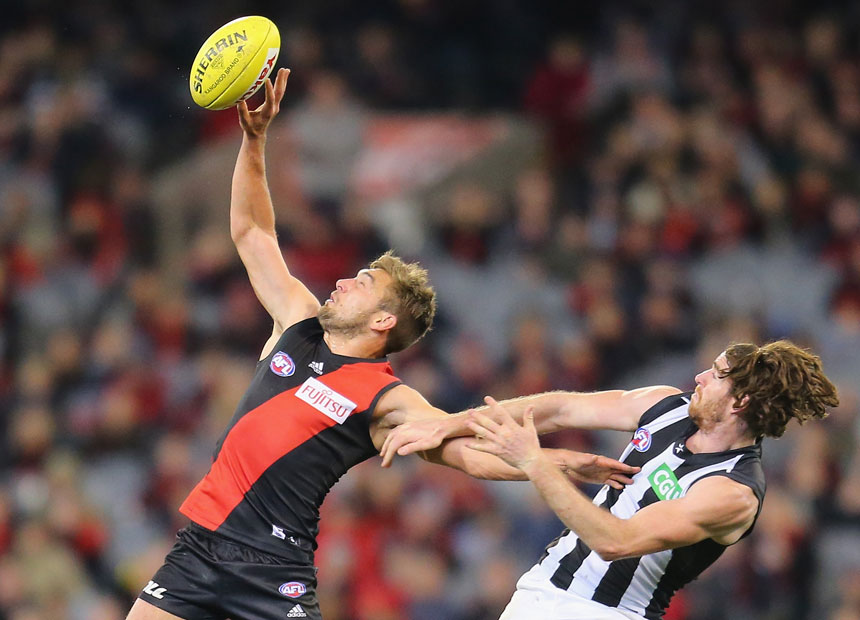 Two former Essendon players who have been issued infraction notices as a result of their old club’s supplements program have been cleared to play in the Northern Territory Football League.

Versatile tall Nathan Lovett-Murray and small midfield/forward Cory Dell’Olio have been given permission from the AFL to play in the territory’s premier competition according to a report from Fairfax Media.

It is believed 34 former and current Bombers were served the infraction notices on November 14.

The AFL cleared Dell’Olio to play on the morning of his first game for Darwin club, Waratah the day after infractions were issued.

Lovvett-Murray will return to club St. Mary’s where he played as a junior this weekend.

“I’m hypothesising here, but that they are allowing this to happen is an indicator of the possible penalty regime,” Jess said.

Former Essendon players Alwyn Davey, Leroy Jetta and Anthony Long have also been cleared to play in the league but it is not yet known whether they’ve received infraction notices from ASADA.

Usually players who receive infraction notices are to step away from any competition although sports administering bodies do have discretional powers in such matters.

For example, Jobe Watson and Dustin Fletcher were allowed to play International Rules last week due to AFL intervention.

An AFL anti doping tribunal hearing will possible go ahead on December 15 to hear the cases against the 24 players.

Players under supplement investigation cleared to play by AFL