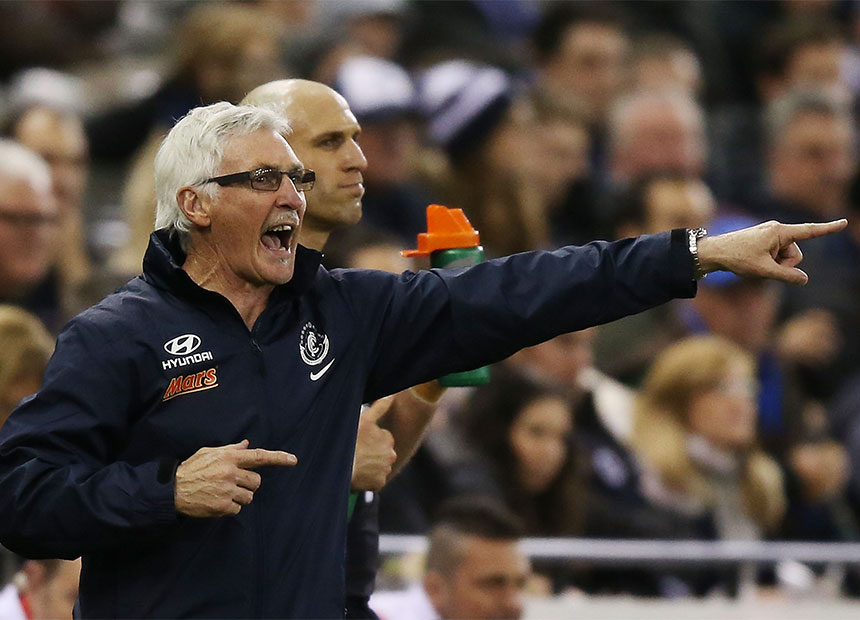 It might be an awkward introduction at Carlton for their number one draftee Blaine Boekhorst as a tweet he sent earlier this year was found to be scathing of his new club. The Blues chose the 21 year old with pick 19 in last night’s draft but his distaste at their 35-point loss to Collingwood in Round 7 of 2014 was quickly shared online.

Mick Malthouse is known to be prickly at times but also is said to have a pretty good sense of humour. Boekhorst will be hoping the latter is true.

The medium sized midfielder from Swan Districts in Western Australia quickly deleted the tweet and replaced it with something a little milder given his new job.

Ecstatic to be joining the @CarltonFC . Love seeing them succeed and hate seeing the downside! Always followed them closely!