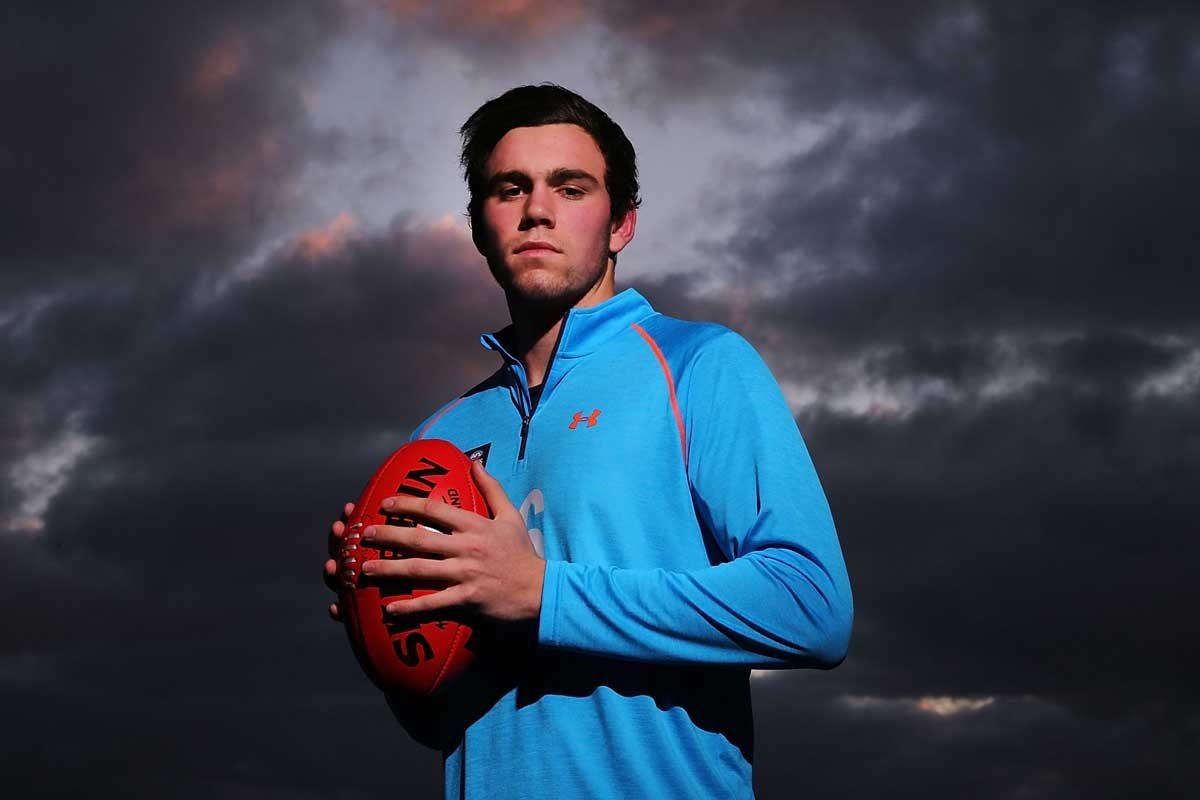 St Kilda have named key forward Paddy McCartin as the No.1 pick in this year’s AFL national draft.

There had been considerable speculation for several weeks about who the Saints would take, with their choice coming down to McCartin and midfielder Christian Petracca.

McCartin said he did not know of his selection until the Saints called out his name at the start of Thursday night’s draft on the Gold Coast.

The Saints are the first non-expansion team to have the top pick since 2009.

There was also no surprise when the Demons recruited Petracca’s friend and fellow onballer Angus Brayshaw with the No.3 selection.

Speedster Jarrod Pickett went to Greater Western Sydney with the No.4 pick and Collingwood then recruited half-forward Jordan De Goey.

The draft started on a sombre note, with the league offering its condolences to the family and friends of cricketer Phillip Hughes.

“Those of us in the AFL industry, like the rest of the country, have been left numb by the heartbreaking events of the last few days,” AFL chief executive Gill McLachlan said in his opening speech.

“Our thoughts are with the Hughes family, his friends, his teammates, our brothers in sport at Cricket Australia and the entire Australian cricketing community.”

Ruckman Peter Wright then went to Gold Coast and Collingwood had committed to Darcy Moore at pick No.9 as a father-son selection.

Nakia Cockatoo was rated before the draft as a selection bolter and he went to Geelong at pick 10.

Paddy McCartin taken at No.1 in AFL draft