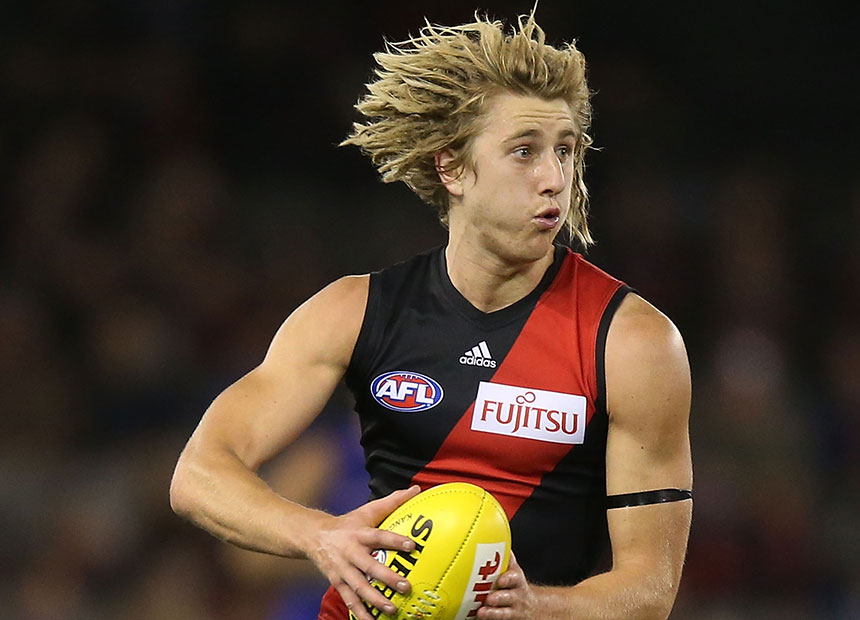 There will be a fresh look to the 2014 all-Australian team, the squad for which will be named this week. A few fixtures, like Collingwood’s Dane Swan and Essendon’s Jobe Watson, will be missing, while a cluster of first-timers will make the grade, a dozen of them.

It is a reflection of the way the season has gone. Players such as Richmond’s Alex Rance, Essendon’s Dyson Heppell and Cale Hooker and Hawthorn’s Jordan Lewis have made giant strides, enough ground to reach the vaunted all-Australian status, in my view. Others like West Coast’s Matthew Priddis, West Coast’s pack-buster, and Tom Rockliff, Brisbane’s ball magnet, are rewarded for sustained excellence. I prefer the all-Australian team to be picked on performance in the season, rather than reputation. For instance Harry Taylor is arguably the best tall backman in Australia but he is not in my team this year because others were better in 2014. Rance, for instance, has taken on the best forwards and matched or beaten all of them.

As always, there are questions. For instance, do Gary Ablett’s 15 games of stunningly brilliant football entitle him to a spot in the all-Australian team? There are no points of reference, here, except to say that, generally speaking, all-Australians have played the majority of the games.

But in Ablett’s case, those games were by far the best that anyone produced in 2014; he was an unbackable favourite for the Brownlow Medal and may well win it. In my book, he did enough to make this team, although I have sent him to the bench just to put the scares in the (mythical) opposition. Imagine having a player of that quality starting on the pine!

Adelaide’s Brodie Smith and Sydney’s Nick Malceski do most of the kicking out of defence; they are both lethal.

I threw Dyson Heppell of Essendon to half-back for two reasons; first that he deserved to be in the team and second because I ran out of actual defenders who deserved a place. An alternative would have been Taylor, Geelong’s great centre half-back, but I felt his season did not stack up against Rance or Hooker or Eric Mackenzie of West Coast, all superb this season. In any case, Heppell has played off half-back for Essendon at times this year, so it is not an outlandish suggestion.

Midfield choices are the toughest since almost everyone is a midfielder in modern AFL football. Several players were musts, such as Nat Fyfe and Josh Kennedy.

Fyfe was almost criminally left out last year but he is a lock in 2014. Tom Rockliff had his second successive wonderful season for the Lions and must be there this time, as well as Robbie Gray, who will start at half-forward and go through the middle.

Joel Selwood and Scott Pendlebury made the cut again for sustained excellence. Interestingly, Selwood started slowly, carrying an injury, but his last half of the year was superb. He is also our captain.

The forwards were difficult, with Lance Franklin the stand-out but the others interchangeable. I found spots for Tom Hawkins and Jarryd Roughead but it just as easily could have been Jay Schulz (53 goals) or Nick Riewoldt.

Luke Breust has been the best small forward in the game for several years and his 51 goals were enough for me, while Brent Harvey is the senior man of the team. Harvey had a sensational season.

I chose two ruckmen, Aaron Sandilands and Sam Jacobs, because I could not split them, but an alternative would have been to select just one and include another midfielder. Paddy Ryder was another contender but did not quite make the cut.

The unlucky bunch is plentiful. I had a close look at Sydney’s Nick Smith, arguably the best small defender in the competition and rarely beaten, but preferred his namesake from Adelaide, while Jack Gunston’s consistent season made him worthy of consideration. Sydney’s Luke Parker was in my first draft.

Eddie Betts kicked more than 50 goals for Adelaide and could claim a small forward’s spot quite easily, while there are a bunch of midfielders such as Travis Boak, Port’s captain, who were unlucky.

But there are only 22 spots available. Let the debate begin.