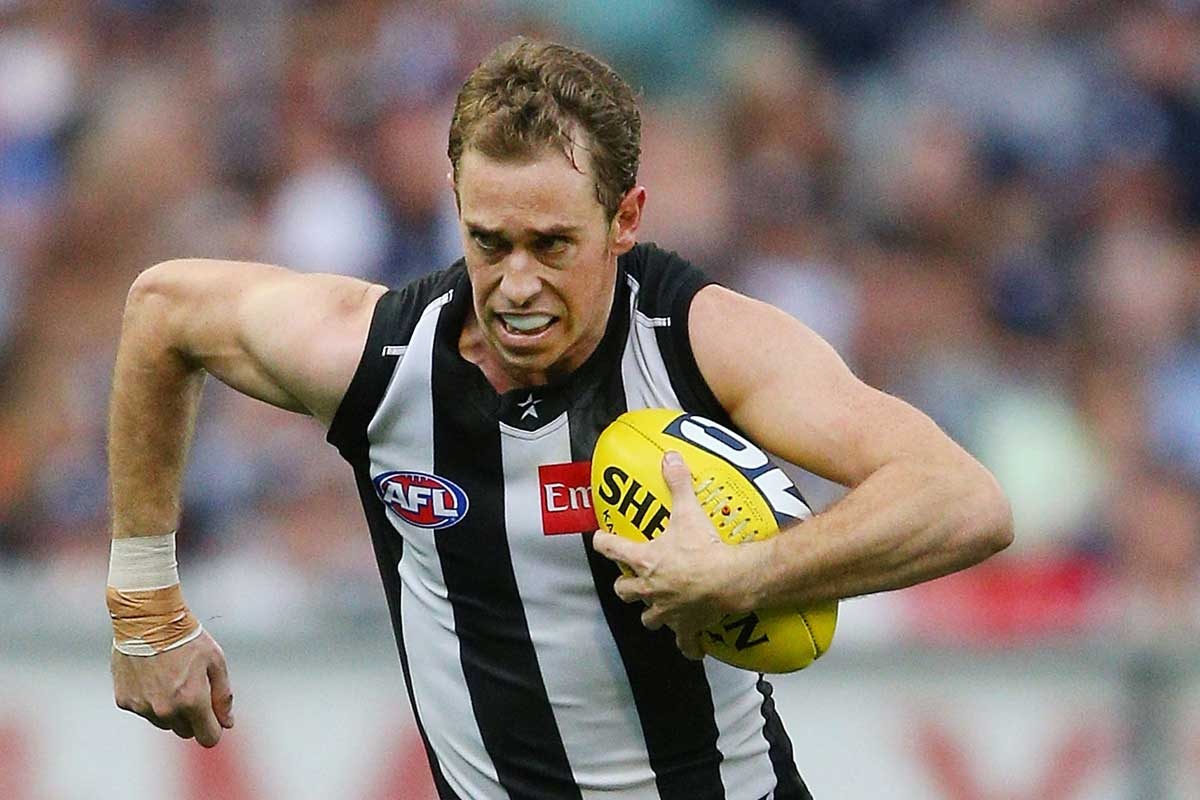 The 31-year-old defender has played 208 games and was an All-Australian in 2009, leading his side to a flag the following season.

Maxwell captained the Magpies from 2007 to 2013 and played 10 games this season under new skipper Scott Pendlebury.

Maxwell entered the room for Wednesday’s media conference at the club’s headquarters at Olympic Park on crutches and was applauded by teammates.

“I just knew I had nothing left. Unfortunately my body has had enough so that’s it,” Maxwell said.

“It’s almost impossible now to carry injuries,” Maxwell said. “Having played through a lot of injuries, I just knew I had nothing left.”

Maxwell said breaking the news to his teammates was emotionally draining. “I almost lost it at one stage. I kept it pretty brief,” he said.

Maxwell said he was motivated in the early part of his career by those who said he’d never make it to the top level.

“Early on I did, just wanting to prove people wrong and make a career out of AFL footy,” Maxwell said.