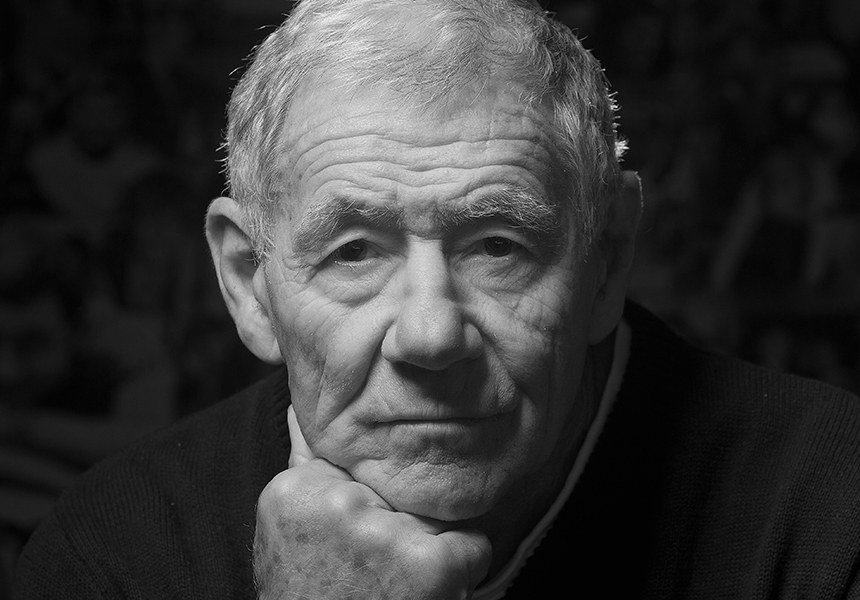 At the 1943 Grand Final, a 12-year-old-Collingwood supporter named Tom Hafey stood on the outer flank of Princes Park and watched Richmond defeat Essendon for the flag.

24 years later, he would coach Richmond to its next premiership.

He was the man who brought Richmond out of the wilderness, ending a long premiership drought in his second year as coach. In the club’s 129 year history, he was their greatest coach.  Tigerland has lost its roar.

He was a father figure to many players.

Stephen Rae (who transferred from St Kilda to Richmond in mid-season in 1973) told me once he was so influenced by everything about Tommy that he wrote a song about him.

Hafey himself loved every single player he coached and would individually focus on their areas for improvement to always get the best out of them.

I had heard fables of Tommy writing handwritten letters to each of his players at the end of the season, but never assumed it was true.

Then in late 2010, Bruce Tschirpig, who played a handful of games with the Tigers, told me he had treasured the letter Hafey wrote to him. It was five pages long.

“You must set certain aims or targets this year and let nothing stand in your way in order to accomplish them,” Hafey wrote. He was such a positive person.

I can’t ever think of a time growing up where Tommy wasn’t around. In the end he became ‘Uncle Tom’ to us.

We would regularly visit him and his wife Maureen down at Sorrento in the searing summer. I would tag along to sportsman’s nights hosted by Tommy and Dad.

When he coached Sydney we drove up and stayed with him (it was the first time I ever met Warwick Capper).

He would ring our home every day without fail. And everytime the phone rang, the conversation went like an Abbott and Costello sketch.

Dad and Tom would then talk rubbish for hours.

And within 5 minutes Tommy was at the front door. He was already in our street when he rang.

He loved his cups of tea (two teabags to make it strong). And he loved ice cream.

He would greet you with a thrusting firm handshake, followed by a “Good on ya mate”.

In a game so commercialised, he was as grassroots as they came.

Many young men and women reading this would have their own story of Tommy visiting their junior club, conducting training in a fog in some far away football ground in the country, or hear him guest speaker at their school.

There are several stories of despondent kids, depressed in life, who were saved by a Tom Hafey speech that they witnessed. Whenever we rang him up he was always in the car on the way to some country town no one had ever heard of. “But it has a footy ground,” Tommy loved to remind us.

“If it wasn’t for footy, we would be building second and third stories on every jail in the country,” he told me (see the video below).

He corresponded by fax, his home phone wasn’t cordless, and he had a business card. On the back it read:

He would not have been out of place at the birth of football in 1858, standing beside Tom Wills, Henry Harrison and William Hammersley on the Richmond paddock as they looked out amongst the huge trees and the rich green grass.

And Hafey would have run ahead of them all, out onto the field, turning to look over his shoulder, yelling ‘C’mon boys, C’mon boys, let’s get our game started’.

In 2008 we sat down for a 3 hour interview about his career. His wonderful wife Maureen provided the cups of tea and biscuits. “She looks like a movie star, doesn’t she?” Tommy loved to say. “Eat your heart out Greta Garbo.”

It was a wonderful opportunity to hear all about his success and his failures, his commitment to enjoying life, helping others and grassroots football.

At the end, we moved into his living room, turned the TV on, and just sat there in silent reflection.

After a while I looked over to him and saw that he was dozing off.

Tigerland loses its roar: a tribute to ‘uncle Tom’