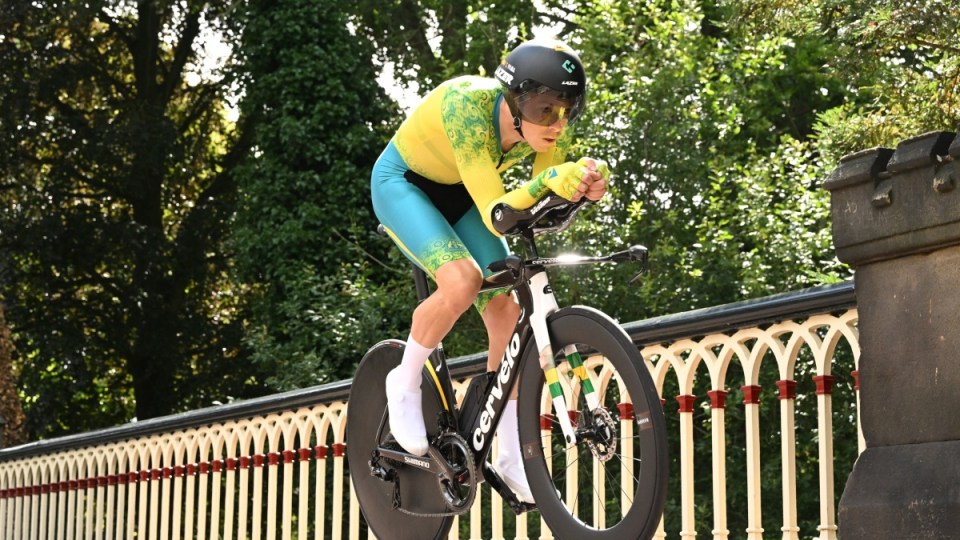 Australia has risen to the top with two gold medal on a dramatic day of road cycling in which other riders slammed into barriers and slid on tight corners.

But the men’s event was plagued by crashes, with Dennis’ main rival Geraint Thomas coming to grief only two minutes into his ride.

The narrow and technical course left a trail of carnage on the track.

While they were allowed onto the course, it was in traffic and the roadside barriers were not set up properly.

Thomas rallied to finish third, two seconds behind England’s Fred Wright, who in turn was 26 seconds adrift of Dennis.

The Welsh great lost about a minute because of the crash, but he and Dennis have been plagued by bad luck in major time trials.

Dennis’ snapped handlebar cost him a medal at the Rio Olympics and he was jubilant to finally win a gold medal in an event ending with the word “Games”.

Australia won all four road events four years ago on the Gold Coast and will field strong teams in Sunday’s road races.

“No pressure … the morale and confidence are there, but it also puts a little bit of pressure,” Dennis said.

“We can’t race stupidly. There are going to be a lots of eyes on us.”

Brown, like Dennis, justified her pre-race favouritism with a ride that was perfect other than a minor wobble at the start.

In a good sign for the road race, Georgia Baker was fourth and Sarah Roy took ninth place.

“I’m not exactly sure what I did, but I think the holder let go of me a little bit earlier than I expected,” Brown said of her eventful start.

“It’s really, really satisfying. I tried not to take on too much of the pressure of being the favourite today – be calm and focus on what I have to do.

“Also knowing I have a Tour de France in my legs, I’m really happy I could execute what was expected of me and I had a good ride out there.”

#GraceBrown won the women's #TimeTrial for #Australia by 33.35sec at the #Birmingham2022 #CommonwealthGames, while #RohanDennis triumphed in the men's race, in which #FredWright placed second and #GeraintThomas took bronze despite an early fallhttps://t.co/Nzc30rfrSB

Brown finished fourth in the time trial at the Tokyo Olympics and has taken her career to another level over the last couple of years.

She received a plaque for competing as a member of the FDJ team at the Tour de France and now has more hardware.

“I need to actually invest in a trophy cabinet now,” she said.

Australian diver Shixin Li has come back from retirement to win silver in the one metre springboard at the Commonwealth Games.

Li was the one metre springboard world champion in 2011 and 2013 when he competed for China.

He retired in 2014 and was lured to Australia to become a diving coach but decided to make a comeback to the sport.

The 34-year-old won bronze at last month’s world titles despite contracting COVID and losing six kilograms while isolating in a hotel for 10 days in the build-up to the worlds.

On Thursday night, Li was ranked second after three of the six rounds behind the Englishman Jordan Houlden.

But Li, who became an Australian citizen in 2019, slipped to third after round four as another Englishman, Laugher, took the lead.

Li then produced his highest scoring dive, an inward two and a half somersaults pike, which scored 81.60 from the judges.

The Englishman rose to the challenge with a superb final dive which scored 80.85 for a total of 447.05.

And even more gold 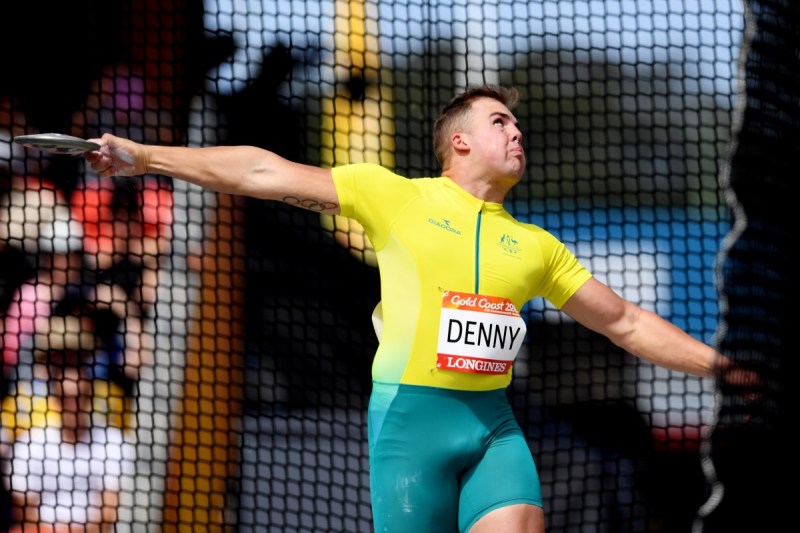 In other sports, discus thrower Matty Denny (pictured above) has smashed his personal best twice to claim a completely dominant victory.

Any of Denny’s six throws in the final would have been good enough to claim the title.

He set a new personal best of 67.24m in the penultimate round and then bettered the mark again a few minutes later with 67.26m with the final throw of the night.

It was a first senior international gold medal for the Queenslander, who was fourth at the Tokyo Olympics and sixth at the previous two world championships.

And Peerless Australian wheelchair racer Madison de Rozario has completed a third major championships golden double with a cagey triumph in the women’s T53-54 1500m at the Commonwealth Games.

Five days after opening the athletics program in Birmingham with a dominant win in the marathon, de Rozario showed she was still just as adept on the track.

She went straight to the front in Thursday’s title race, varying the pace  and daring her opponents to find a way past.

None of them could.

The 29-year-old clocked a winning time of three minutes 53.03 seconds.