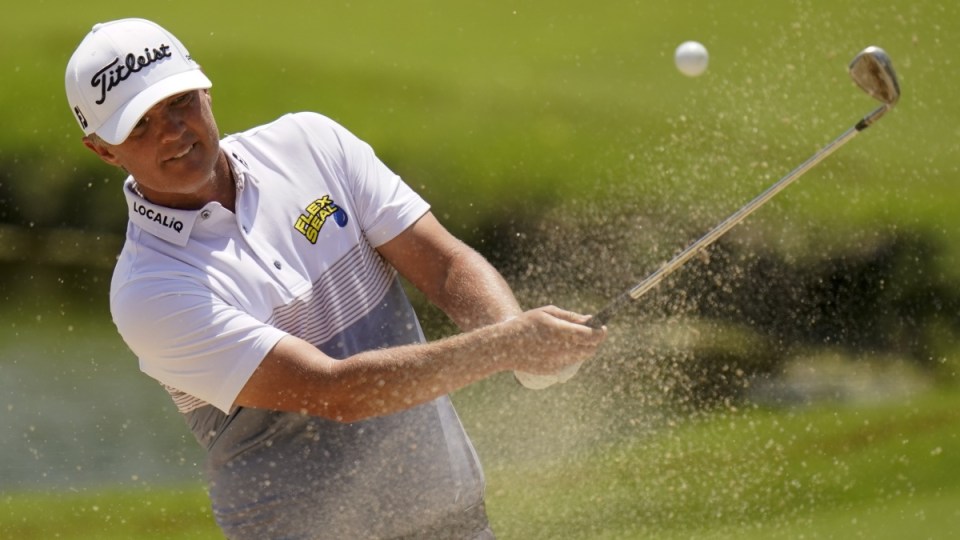 Australia’s Matt Jones and Hall of Famer Phil Mickelson are among 11 players who have filed a lawsuit against the PGA Tour, increasing the tension between the two organisations.

The suit, filed in San Francisco’s US District Court, alleges the PGA Tour has broken antitrust law by refusing to let them participate on both the tour and the new Saudi-backed rival LIV Golf circuit.

Jones, Talor Gooch and Hudson Swafford are also seeking a temporary restraining order to allow them to compete in the PGA Tour’s FedEx Cup play-offs, which get under way next week.

Both actions were filed on Wednesday.

A weekend to remember 🤯#LIVGolf pic.twitter.com/mRbzYt2beW

They said that they were punished for playing in LIV tournaments.

“As part of its carefully orchestrated plan to defeat competition, the Tour has threatened lifetime bans on players who play in even a single LIV Golf event,” the golfers said in the complaint.

“The Tour’s conduct serves no purpose other than to cause harm to players and foreclose the entry of the first meaningful competitive threat the Tour has faced in decades,” the lawsuit states.

“The purpose of this action is to strike down the PGA Tour’s anti-competitive rules and practices that prevent these independent-contractor golfers from playing when and where they choose.”

They asked the court to declare the punishments illegal and to award damages and legal fees.

However, PGA Tour commissioner Jay Monahan delivered a stern and scathing response to the lawsuit.

“We have been preparing to protect our membership and contest this latest attempt to disrupt our Tour, and you should be confident in the legal merits of our position,” said Monahan in a memo to PGA players.

“Fundamentally, these suspended players – who are now Saudi Golf League employees – have walked away from the Tour and now want back in.

“With the Saudi Golf League now on hiatus, they’re trying to use lawyers to force their way into competition alongside our members in good standing.

PGA Tour players just got this message from Jay Monahan:

“Fundamentally, these suspended players — who are now Saudi Golf League employees — have walked away from the Tour and now want back in.” pic.twitter.com/mjI3nTHEQ6

“It’s an attempt to use the Tour platform to promote themselves and freeride on your benefits and efforts. To allow re-entry into our events compromises the Tour and the competition, to the detriment of our organisation, our players, our partners and our fans.

“Let me be clear: we will continue to defend the members who abide by the regulations written by and for the players.”

The PGA Tour has suspended members for playing in LIV Golf events without a release to play in tournaments the same week of a PGA Tour event.