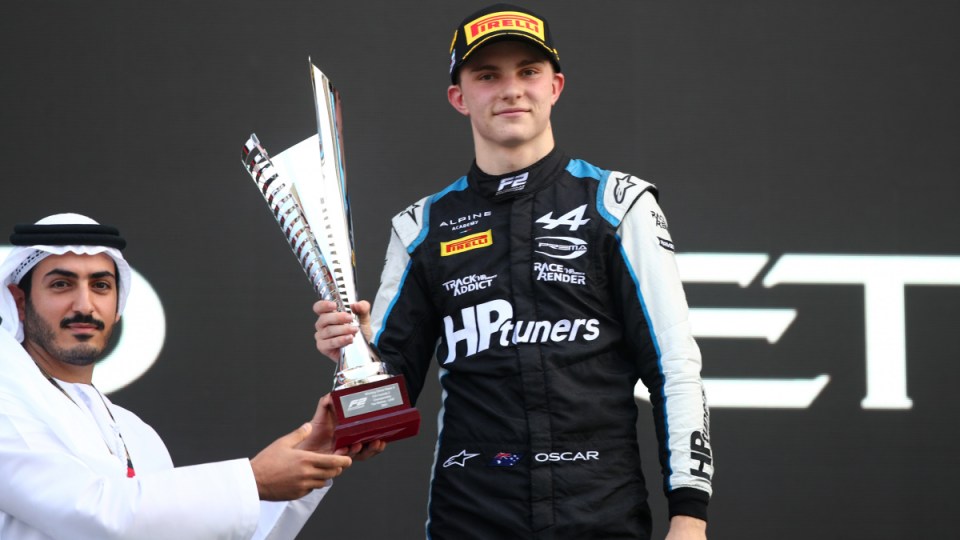 Alonso has signed a multi-year deal with British-based F1 team Aston Martin and Piastri is considered the two-time world champion’s obvious successor at Alpine for the 2023 season.

A winner of the 2021 Formula Two championship, Piastri has been Alpine’s reserve driver this season amid speculation he could be loaned out to another F1 team in 2023.

But the 41-year-old Alonso’s switch from the Renault-owned Alpine as a replacement for retiring four-time world champion Sebastian Vettel at Aston Martin makes Piastri a warm favourite to join Daniel Ricciardo in bolstering Australia’s presence in the Formula One ranks.

The 21-year-old from Melbourne claimed the Formula Three championship in 2020 to announce his arrival on the world stage.

Should Piastri secure a seat with Alpine in 2023, he will become the first Australian driver to make a Formula One debut since Ricciardo stepped up in the 2011 British Grand Prix.

While confirming Alonso’s departure, Alpine says it is premature to add to speculation Piastri would be his replacement.

“The team will announce its driver line-up for the 2023 Formula One season in due course,” Alpine said.

“We look forward to finishing the remainder of the 2022 season with Fernando in blue, and we’ll keep pushing to the maximum until the final lap in November.”

Motor racing rules precluded Piastri from backing up in Formula Two this season as a previous winner of the second-tier championship, leaving him without a full-time drive for 2022.

If Piastri earns a 2023 call-up, he will join Frenchman Esteban Ocon as Alpine’s drivers.

Ocon is eighth in the F1 championship after the weekend’s Hungarian Grand Prix when he finished ninth, one place behind teammate Alonso.

Alpine is fourth in the 2022 constructor standings.