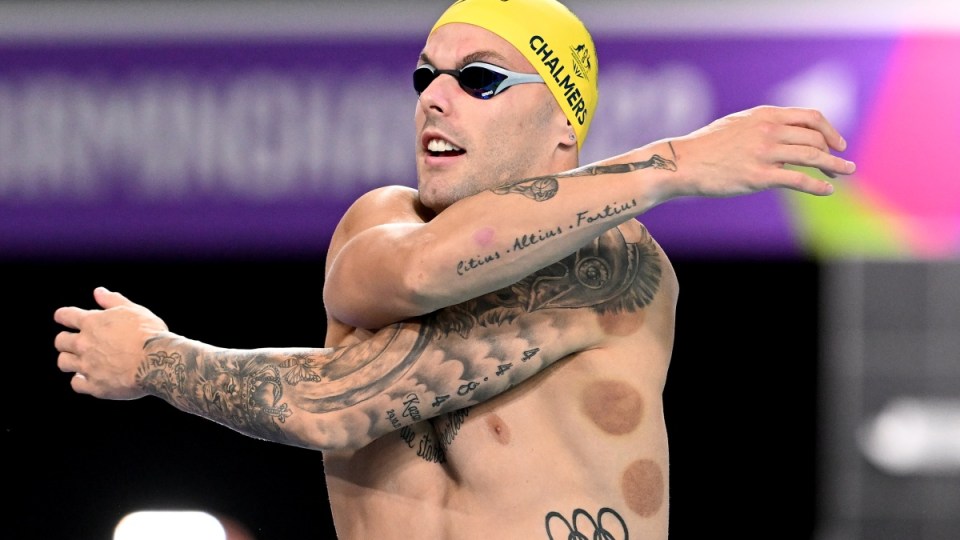 Chalmers has blasted media for “clickbait” reporting of his relationships with Dolphins teammates Emma McKeon and Cody Simpson.

Chalmers and McKeon dated last year but have since broken up, with McKeon now the partner of Simpson.

Chalmers said media reports of a fractured love triangle were “false news”, adding the adverse attention could force him from the sport.

"It took all my courage and all my energy just to stand behind the blocks and swim this morning."

And he should know, having been under an intense spotlight when dating fellow swimmer Emily Seebohm.

The two were a couple for almost three years before an acrimonious split in 2018.

“It wasn’t just last night, he (Chalmers) has expressed that a few times to me,” Larkin said on Sunday.

“And I even spoke to Isaac Cooper and he said he was pretty much at rock bottom as well.

“I have been there. And it breaks your heart.”

Larkin, a 29-year-old triple Olympian and former member of the Dolphins’ leadership group, will again reach out to Chalmers.

“This (swimming) is something that should be fun and you should enjoy,” he said.

“I am lucky that I have had that little turnaround and I am absolutely itching to get back out there and swimming at my best.

“And you need to support them and make sure you are doing everything to make sure they are in a good place because we always say a happy swimmer is a fast swimmer.

“Kyle swims pretty fast all the time. But it’s really hard to hear those things.

“Once you get through this week – you have got to be a little bit selfish and focus on yourself (during competition) – I will certainly reach out to him.

“He knows he has got my support, for sure.”