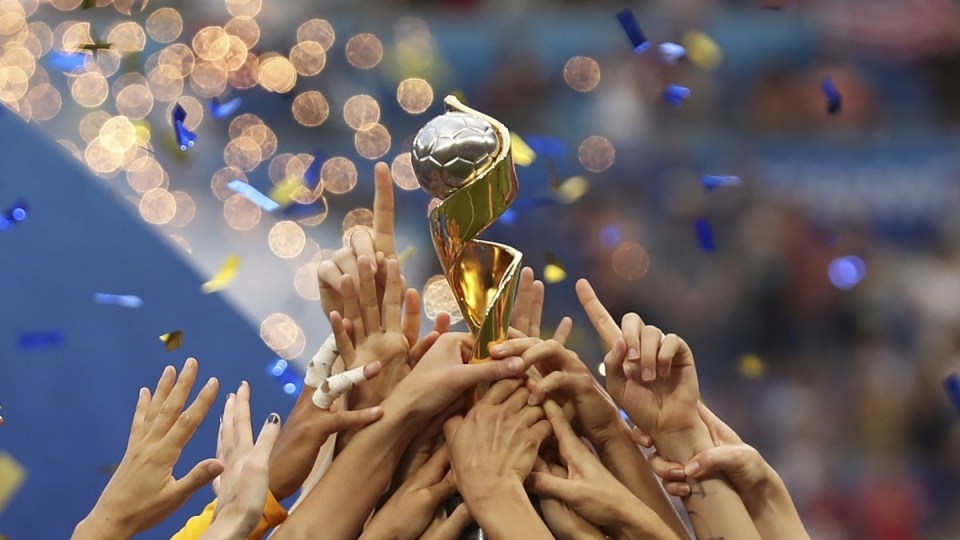 The record attendances for the UEFA Women’s European Championships in England have organisers licking their lips in anticipation for next year’s Women’s World Cup in Australia and New Zealand.

Wednesday marks one year until the 2023 tournament kicks off, as interest in women’s football continues to grow across the globe.

On Tuesday, Matildas star Sam Kerr was honoured as the first female player to feature on the cover of a global version of the hugely popular FIFA game alongside French superstar Kylian Mbappe.

A record aggregate of 248,075 fans have attended matches at the Euros in England, already bettering the previous tournament record of 240,055 set in the Netherlands in 2017.

That mark has been eclipsed despite the tournament only just finishing the group stage fixtures, with quarter-finals, semi-finals and the final yet to be played.

The Women’s Euros opened with a record crowd of 68,871 at Old Trafford for the host nation’s opener against Austria while the 21,342 that watched the Netherlands play Sweden at Sheffield’s Bramall Lane was a new high for a match not involving a host nation.

The Euros success has not gone unnoticed in Australia with Women’s World Cup 2023 chief operating officer Jane Fernandez confident it shows what awaits on our shores in 12 months.

“We’re going to see the best footballers in the world performing here on centre stage in our own backyard,” Fernandez told AAP.

“What we’re seeing overseas is exactly what we’re going to see here in 2023.

The biggest women's sporting event in the world.

Having reached the past 12 months before the tournament kicks off, the next step for organisers will be announcing the competition’s draw in Auckland in October.

Other milestones such as ticket sales releases and the announcement of a tournament mascot will also be held in the coming months.

A linchpin of the Australian defence, Carpenter tore her ACL playing for Olympique Lyonnais in the Champion’s League final in May and underwent surgery.

“One of my main goals is to be back well before (the World Cup),” she told reporters in Sydney on Wednesday.

“It’s day by day, but that’s definitely in the back of my mind.

“It’s obviously going to be very emotional to walk out to hopefully sold-out crowds and sing the national anthem in front of family and friends.

“Having it at home in our backyard is going to be amazing.”