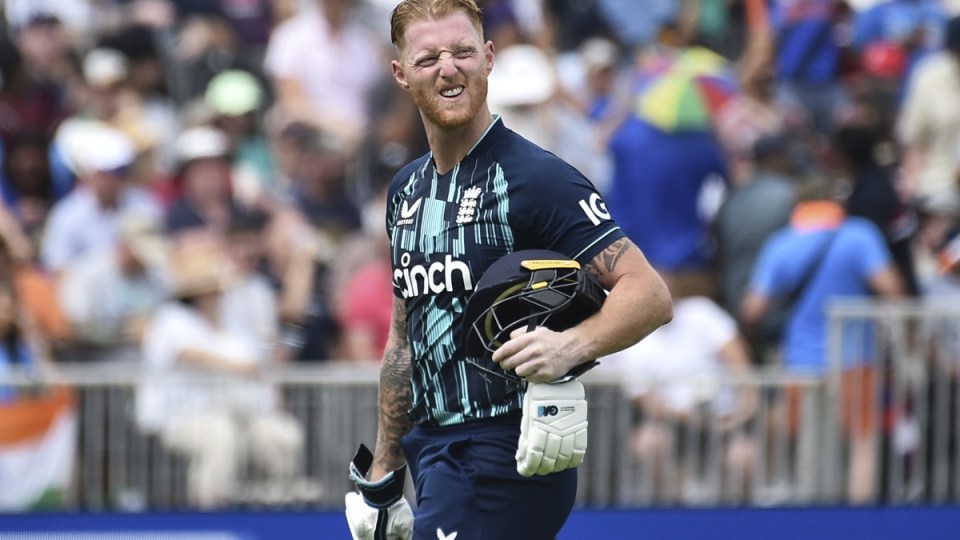 England’s World Cup hero Ben Stokes has announced his shock retirement from one-day cricket, departing with a word of warning about the “unsustainable” schedule.

Stokes’ bloody-minded brilliance was the inspiration behind England’s historic victory in the 2019 World Cup final, defying the odds to score 84 not out in a tied match against New Zealand and then coming back out to settle things via a super over.

But in three years since his triumphant moment at the World Cup, the country’s star all-rounder has played just nine more times in the 50-over format, due to injuries, a mental health break and workload management.

The 31-year-old will turn out once more for a farewell appearance, at his home ground of Chester-le-Street against South Africa on Tuesday, before focusing on his Test captaincy and Twenty20 career.

And while that will be a chance to celebrate his achievements over the course of 11 years, he made it clear in a carefully worded statement – issued personally on his social media accounts then shared by his employers at the ECB – that England’s exhausting fixture list has been a factor in forcing his hand.

A born competitor, he has concluded that the demands currently being placed on the country’s all-format players are becoming impossible to manage.

“This has been an incredibly tough decision to make,” he said.

“I have loved every minute of playing with my mates for England. We have had an incredible journey on the way.

“As hard as a decision as this was to come to, it’s not as hard dealing with the fact I can’t give my teammates 100 per cent of myself in this format anymore.

“The England shirt deserves nothing less from anyone who wears it.

“Three formats are just unsustainable for me now.

“Not only do I feel that my body is letting me down because of the schedule and what is expected of us, but I also feel that I am taking the place of another player who can give (captain) Jos (Buttler) and the rest of the team their all.

“It’s time for someone else to progress as a cricketer and make incredible memories like I have over the past 11 years.

“I will give everything I have to Test cricket, and now, with this decision, I feel I can also give my total commitment to the T20 format.”

New theory: The dangers to your brain of staying up after midnight
Spaniard Sergio Garcia set to quit DP World Tour for LIV series
Today's Stories