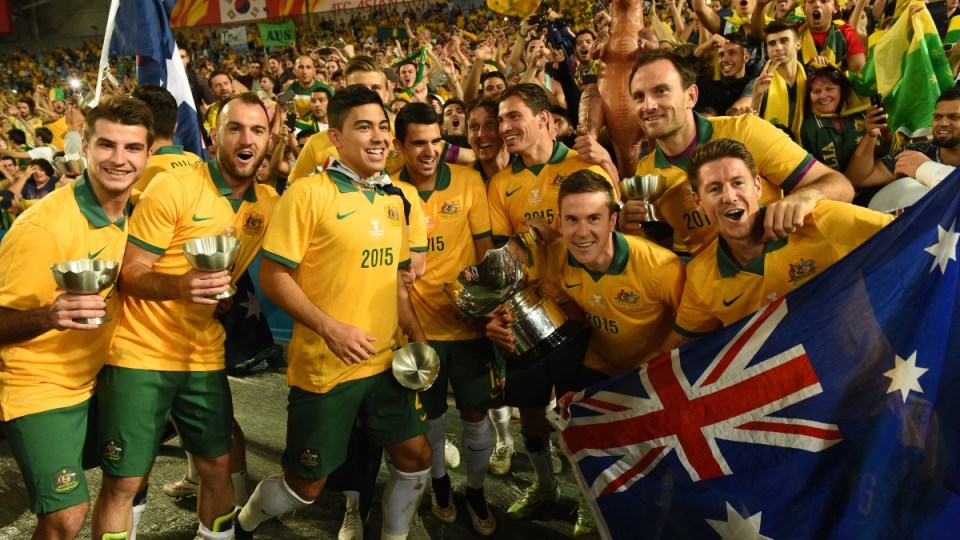 Having victoriously hosted the Asian Cup in 2015, Australia may bid to hold it again in 2023. Photo: AAP

Australia is among four countries to submit expressions of interest to replace China as host of next year’s Asian Cup, the Asian Football Confederation said on Monday.

South Korea, Indonesia and this year’s World Cup host Qatar are the other three nations to table interest, the AFC said.

China was due to host the 24-team event, scheduled for June and July next year, but the country’s efforts to follow a zero-COVID-19 policy resulted in it being moved.

The deadline for the four associations to submit their bid documents has been set for August 31, and the AFC’s executive committee will announce the new host on October 17.

South Korea won the inaugural Asian Cup in 1956 and retained the trophy as hosts four years later – the only time it staged the finals.

The country has not staged a major tournament since co-hosting the World Cup with Japan in 2002.

Australia, Asian Cup winners in 2015, said a final decision to bid would be contingent upon scheduling and “significant” government funding.

Australia already has a busy 2023 as co-hosts of next year’s Women’s World Cup with New Zealand, which starts on July 20.

“Our preference would be to host in February 2024 so we are not clashing with the FIFA WWC 2023,” a Football Australia spokesperson told Reuters.

“We are liaising with governments at all levels to gauge interest levels before contemplating a bid, as any events of this stature require significant government funding and support.”

Football Australia chief executive James Johnson said earlier this month the governing body had consulted with the AFC to consider moving the Asian Cup to later in the calendar to avoid a clash with the Women’s World Cup.

Indonesia was one of four co-hosts of the 2007 Asian Cup and exited in the group stage – its best finish in the tournament.