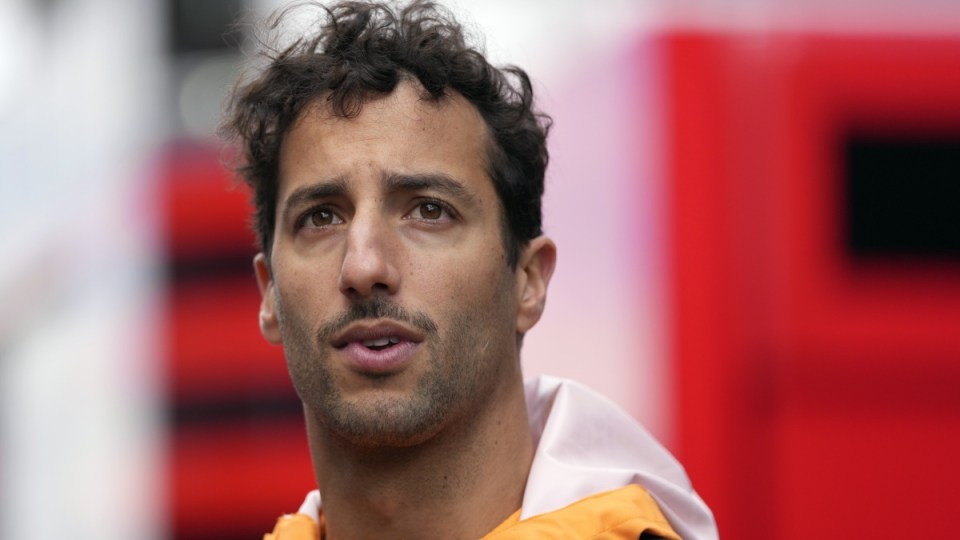 Daniel Ricciardo says he won't leave McLaren before his contract expires after the 2023 season. Photo: AP

Daniel Ricciardo has ruled out leaving McLaren before the end of next season despite speculation he could be replaced or walk away.

The Australian has struggled at the former champions, despite last year leading teammate Lando Norris in a one-two finish at the Italian Grand Prix for McLaren’s first race win since 2012.

Norris, 22, has consistently outperformed by his 33-year-old teammate and is on a long-term contract.

“There have been a lot of rumours around my future in Formula One, but I want you to hear it from me,” Ricciardo told his 7.2 million followers on Instagram.

“I am committed to McLaren until the end of next year and am not walking away from the sport.

Daniel Ricciardo has quashed rumours about his future, insisting he will see out his contract with McLaren and is "not walking away" from F1 🍯🦡 pic.twitter.com/payHcoqXBT

“Appreciate it hasn’t always been easy, but who wants easy! I’m working my ass off with the team to make improvements and get the car right and back to the front where it belongs. I still want this more than ever. See you in Le Castellet.”

The French Grand Prix is next up on July 24.

Ricciardo joined McLaren from Renault, now Alpine, in 2021 with seven wins under his belt – all from his previous time at Red Bull – and a reputation as one of the sport’s big characters.

The Monza victory aside, it has not worked out as expected.

He finished eighth overall last year with 115 points, two places behind Norris on 160.

This season he has scored 17 points from 11 races so far, with a best result of sixth in Melbourne, compared to his team mate’s tally of 64.

At home with the 🍯🦡 @DanielRicciardo’s back at the MTC, checking in with the team and prepping for France. 💪 pic.twitter.com/bUzRopvwSL

He has been linked to Williams but media reports after last weekend’s Austrian Grand Prix, where Ricciardo finished ninth, suggested Piastri could end up replacing his compatriot.

McLaren have also tested others who could be eventual candidates, including IndyCar’s Pato O’Ward and Colton Herta.

It has also just added reigning IndyCar champion Alex Palou to its roster.

McLaren boss Zak Brown said earlier in the season that Ricciardo had failed to live up to expectations.

He later clarified the comments to say his relationship with the Australian “has never been better”.

‘I am not walking away’: Daniel Ricciardo clarifies McLaren future