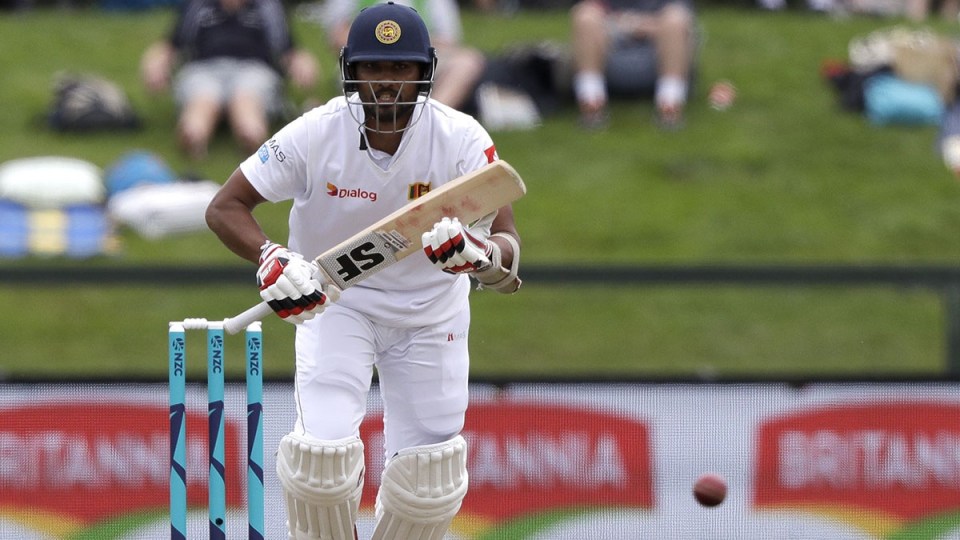 Dinesh Chandimal made a double century as Sri Lanka won the second Test against Australia in Galle. Photo: AP

Australia has crashed to an innings and 39-run defeat against Sri Lanka in Galle, spun out in 41 overs on day four of the final Test to leave the series drawn at 1-1.

On a horror day for Australia, it conceded a 190-run first-innings lead as Dinesh Chandimal’s unbeaten 206 powered Sri Lanka to a record total of 554.

That left Australia fighting to hold on for a draw but its resistance lasted less than four hours as the tourists were bowled out for 151.

Prabath Jayasuriya claimed 6-59 as Australia’s issues with left-arm spin were again exposed, making him the fifth bowler in history to take 12 wickets on debut.

That is an all-time performance from Sri Lanka. Their country in turmoil, the privations nationwide, their belting from Australia in the first Test, their ranks of covid absences, and they turn around to win by an innings with a mix of determination and flair. Wonderful. #SLvAus

Incredibly, Sri Lanka’s assault came a week after it lost the first Test in a little over two days and had three players ruled out with COVID-19.

For all the steps Australia had appeared to make in Asia in that first Test win and March’s victory in Pakistan, this was a return to darker times.

It had two separate collapses of 4-25 and 3-5, including the dismissals of Usman Khawaja and Steve Smith in the space of four balls to Jayasuriya.

Big question marks now loom ahead of next February’s four-Test tour of India.

Travis Head was caught on the crease as a delivery spun past his bat and took the top of off stump for the second time in this Test.

The left-hander’s scores on this tour now read six, 12 and five. And with a career average of 21.3 in Asia, it’s questionable if he can be taken to India.

David Warner is also emerging as a point of concern after he was the first to fall lbw for 24, with his last international century in January 2020.

Marnus Labuschagne (32) offered the best resistance after his first-innings century, while Cameron Green (23) and Alex Carey (16no) also soaked up some time.

But ultimately, it was nowhere near enough.

Australia’s bowlers were also unable to build the same pressure as the hosts on a far better batting wicket than in the first Test.

Mitchell Starc was the one major exception with 4-89, while Mitchell Swepson showed signs of improvement in his 3-103.

Nathan Lyon was made to toil hard for 2-194, sending down the most overs of his career with 64 while burnt by Australia’s poor use of reviews and missed chances.

Carey missed two stumpings off Lyon’s bowling, including an extremely difficult chance with Chandimal on 10.

But the real turning point of the match was when Chandimal edged behind a ball of Starc on 30 day three, with Australia out of reviews and unable to overturn the on-field call of not out.

‘I am not afraid’: The modern unknown soldier risks it all in Ukraine
Djokovic wears down Kyrgios in dramatic final to clinch seventh Wimbledon crown
Today's Stories