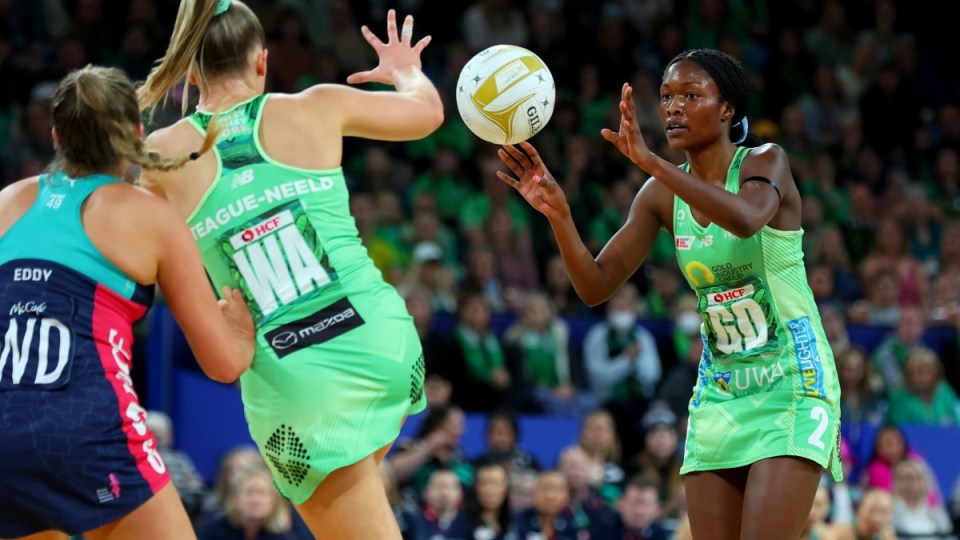 West Coast captain Courtney Bruce was also crucial with a standout performance in defence, with Fever blowing open the game in the third term when the lead ballooned to 11 goals.

The Perth Orioles were born in 1997, and WA netball had experienced 25 fruitless seasons since, including two grand final losses by Fever.

But led by coach Dan Ryan, Fever produced the goods when it mattered most on Sunday against the minor premiers.

The win for WA netball was special and for Ryan it marked a significant achievement following his ill-fated stint at Adelaide Thunderbirds.

Ryan won his first game in charge of Adelaide in 2017 but he went on to lose the next 27 matches before being shown the door at the end of 2018.

Fever and Vixens had built up one of the competition’s fiercest rivalries in recent years – both on and off the court.

An emotional Jhaniele Fowler reflects on what tonight's win means to her 😍 pic.twitter.com/aw9tu7xZFM

And the relationship between the two clubs soured dramatically last year when Melbourne refused to travel to Perth for a game after three of their players were ruled out for visiting a COVID-19 hotspot.

The decider was physical and tough, with a number of players hitting the deck in utter desperation to get the turnover.

The opening quarter was an even affair before two Sasha Glasgow Super Shots saw Fever enter the first break with an 18-14 edge.

The Vixens closed the gap to one goal approaching the midway point of the second quarter, but from there Fever’s frenetic defensive pressure took over.

Absolute SCENES in the west!

Within the space of two minutes Fever had extended the margin back out to five goals.

And even when Glasgow missed two Super Shots late in the first half, Fowler was there each time to grab the rebound and score.

The home side went to halftime with a 35-29 lead but Fowler wasn’t satisfied, with the Jamaican star talking to the umpires at the break to express her anger at the physical treatment she was receiving.

Fever broke the game open in the third quarter with the margin ballooning to 11 goals as Fowler took control.

Fowler scored 16 goals for the quarter at 100 per cent accuracy as Fever entered the final break with a 54-45 advantage.

The Vixens had overcome a 10-goal deficit in the final term of their preliminary final win over the Giants but there was no such comeback this time around.