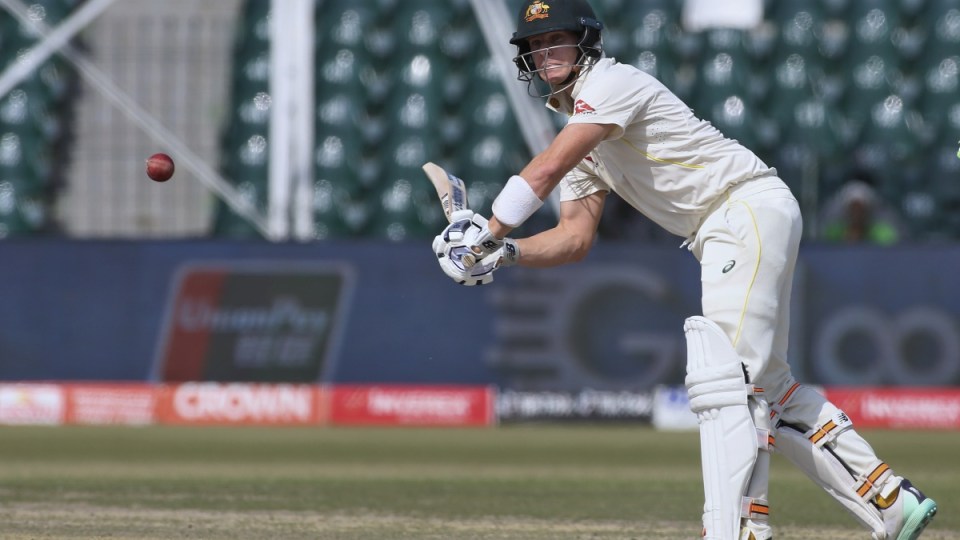 Steve Smith is a certainty for Australia's first Test against Sri Lanka despite a quad injury. Photo: AP

Steve Smith has dispelled doubts about his fitness ahead of Australia’s first Test against Sri Lanka, but Mitchell Starc needs to get through a crucial net session to confirm his availability.

The two stars of Australia’s last tour to Sri Lanka, Smith and Starc headline a long injury list for the tourists ahead of the opening Test in Galle on Wednesday.

Travis Head is also battling to play after a hamstring strain with Glenn Maxwell waiting in the wings, while Ashton Agar’s side strain has cost him a potential Test recall.

But there is good news at least for Smith and his quad injury after he missed the past three ODIs in the country where he scored a Test century during Australia’s most recent tour in 2016.

Maxi is back in the Test squad ✅

He's been called in as an additional option ahead of the opening Test match in Galle next week as Travis Head recovers from a minor hamstring strain #SLvAUS pic.twitter.com/uiOPopuJNt

“If we were still playing one-day cricket I would be touch and go, but Test cricket I will be fine,” Smith told AAP.

“Test cricket is a bit easier (on the quad).

“I field in the slips, won’t be doing a great deal of running around in the field. And then in these conditions there’s not a lot of hard running.

“They usually have a few sweepers and it’s four or one quite often. So there’s not a heap of hard running.”

Starc has not played since cutting his finger in the first Twenty20 match more than two weeks ago.

He has since had stitches removed and bowled at full pace in the nets with tape applied.

He was due to bowl for the first time without the strapping on Sunday afternoon.

Match rules dictate that Starc cannot enter the game with his bowling hand taped up, so if the seam of the ball was to reopen the wound in training it is unlikely he will play.

One option would have been to keep Starc’s finger taped until Wednesday, given new injuries can be strapped up if they are sustained during a match.

But the left-arm pace bowler did not want to take that risk.

“As cautious as that would be, I want to get the work done.

“We have tried to give it as long as we could, because it is in probably the worst spot. It’s where the ball comes off last.”

Agar’s injury is also a spanner in the works for Australia.

Finger spin has traditionally been more effective than wrist spin in Galle, with Australia opting to keep Jon Holland and Matt Kuhnemann around as back-ups.

Selectors had not ruled out using the wrist spin of Mitchell Swepson, but coach Andrew McDonald indicated Agar was in serious contention to play his first Test since 2017 before the injury.

Agar remains in the squad, and is hopeful of being fit for the second Test, also in Galle, starting on July 8.

“A lot of the suggestions from around the traps is that finger spin tends to work better here than wrist spin,” McDonald said.

“But it’s not to say wrist spin can’t work.

“We’re not as clear if we were to go with a finger spinner (on who it would be) as we would have been with Ashton.

“We feel like Ash would have given us good control, and that would have been a positive for the team if he was selected.”