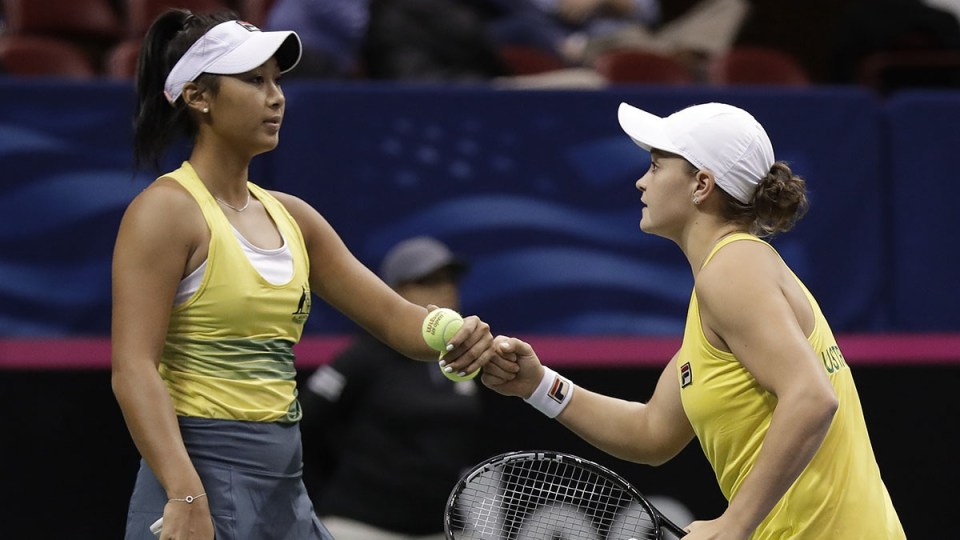 Five Australian women were set for their very own ‘finals’, aiming for the last-round qualifying victories on Thursday that would transport them into the main draw of the world’s biggest tournament.

Of the 11 Australians who set out in the women’s draw, Hon, Astra Sharma, Zoe Hives, Jaimee Fourlis and Maddison Inglis proved the survivors after both Storm Sanders and Lizette Cabrera departed in the second round at Roehampton, just five miles up the road from the All England Club.

At least one Australian is guaranteed to join Ajla Tomljanovic and Daria Saville in the women’s main draw, with Hon and Hives to clash in a winner-takes-all showdown, both dreaming of playing their maiden Wimbledon.

Two down, one to go…

For the 25-year-old Hives, who’s ranked as low as 572 in the world, it would be a fairytale to be playing on Monday after she’s battled against chronic fatigue to resurrect her career.

She booked her all-Australian date after beating American Sachia Vickery 6-0 6-3, but should start the underdog against Hon, who has taken inspiration from reigning Wimbledon champion Barty, who stunned the sport with her shock retirement in March.

“When Ash was training, I saw her every day. Just seeing what she does helps you think anything is achievable,” Barty’s fellow Queenslander and former Fed Cup teammate Hon told wimbledon.com after a notable 6-2 6-4 win over the No.1 qualifying seed, American Katie Volynets.

“She was very detailed with everything she did. That’s one thing I really loved about her. Every session she was always 100 per cent there.

“We have a lot of girls in qualifying and hopefully we can change it around and turn it into the men’s, where most of our players are in the main draw, and not in qualifying. Hopefully in the next year or two we will start to see this.

“Obviously Ash led the way. It was very emotional actually seeing her win Wimbledon. I don’t really get emotional but there were definitely a lot of feels.”

Kubler, one of the country’s most successful players in recent weeks after being the last Aussie standing at the French Open, advanced with a 6-3 6-2 6-4 win over Swede Elias Ymer.

Rinky Hijikata was up against German Nicola Kuhn in his bid to also qualify for the first time.

France can ‘trust me’ after subs rift: Albanese
Melbourne climbs back to AFL summit after dominating Brisbane Lions
Today's Stories