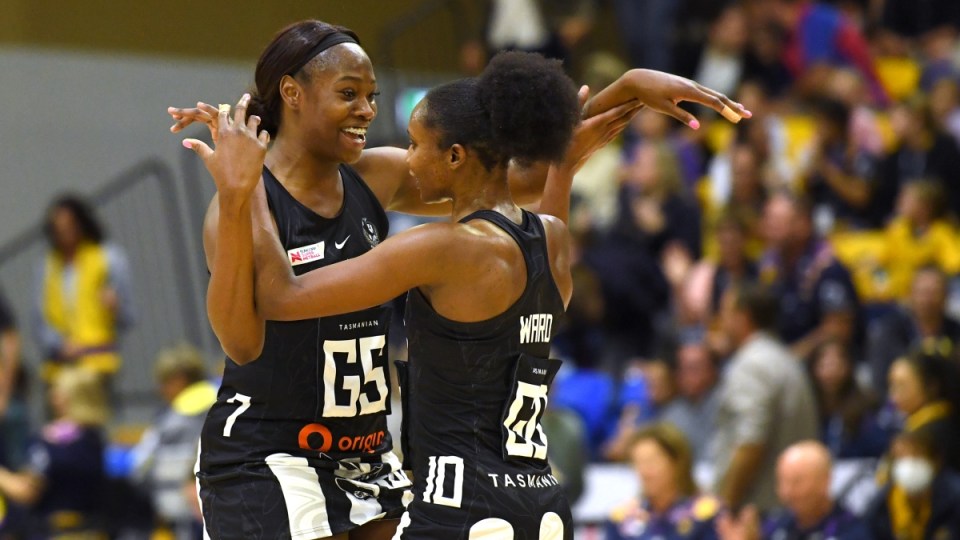 Collingwood Magpies rocketed into the Super Netball top four with one round to play while terminating Sunshine Coast Lightning’s faint finals hopes with a 68-62 win at USC Stadium on Sunday.

The hard-fought victory lifted the Magpies, who began the penultimate round in seventh spot, over Queensland Firebirds, Adelaide Thunderbirds and NSW Swifts on the congested ladder.

Collingwood (6-7) can secure its first finals berth since 2019 if it topples top-ranked Melbourne Vixens (11-2) on the Queen’s Birthday public holiday on Monday at John Cain Arena, the last home-and-away fixture of the season.

If the Magpies aren’t able to pull off the derby upset, they will have their fingers crossed next Sunday’s results – specifically second-placed West Coast Fever (9-4) beating Adelaide (5-8) at RAC Arena and NSW (5-8) defeating the Firebirds (5-8) at Ken Rosewall Arena by as small a margin as possible – go their way.

Shimona Nelson (57 goals) starred in the circle for the Pies, who gradually saw off the challenge of the bottom-of-the-table but brave Lightning, before pulling away late.

“That (victory) means a lot to us,” Nelson said.

“We’ve been grinding a lot.

“There have been a few hiccups along the road, but we came out here and delivered because we really wanted to be in that top four.

Nelson and centre Molly Jovic connected well to keep Collingwood in the game after the visitors played catch-up for the majority of a tight first half.

A burst of goals from Nelson just before half-time and a Gabrielle Sinclair two-pointer helped the Magpies edge ahead 34-33 at the main break.

The brilliance of goal defence Jodi-Ann Ward (eight gains, five intercepts) was pivotal in stretching Collingwood’s cushion to six points, before three super shots from Lightning skipper Steph Wood in barely a minute – including one that rattled around and in on the three-quarter-time bell – trimmed the deficit to one.

Nelson kept the Magpies’ scoreboard rattling in the final term, while fellow Jamaican Ward continued to wreak havoc at the other end to quash Sunshine Coast’s hopes of a late rally.